OPINIONS – Not Suitable for Children 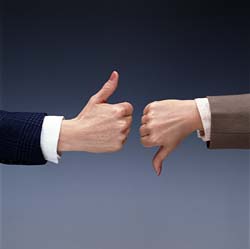 As they say there is a lot of noise on the web, millions of people, myself being one of them who for whatever reason feel what they say actually matters.

There was a time unless someone actually paid one for their thoughts most people had to keep them to their friends, family and shower curtain.

But then along came the web and with it a tsunami of views on everything from what it takes to make you happy, to how to raise your kids, every photo from people’s lives,  and then of course every book read, movie watched, ravioli ingested.

And I often don’t take the advice I so love to quote from the playwright Howard Korder, “Just because it happened to you doesn’t mean it’s interesting.”

But the great thing about the blogosphere is it’s not school, no one is putting a gun to your head to read some guy in Des Moines feelings about Social Network, nor will you not get into Harvard if you are not interested in my trip to New Orleans.

It’s truly freedom of speech in action as well I think a great equalizer. Someone with no talent can post a video up on You Tube of his dog snoring and Marty Scorsese can put up out takes from his home camera, and the dog might get more views.  Everyone deep down thinks they are an artist and the net has given everyone a canvas to use if they so desire.

Seth Godin who is a real Guru to bloggers and marketers alike says that if you throw yourself up here on a regular basis, two to five percent of those who read you will despise what you say and they will no doubt be the most vocal.  Most of the people who like you tend to show up and keep quiet. Anger and sometimes just sociopathy often raise their hands first and run screaming to the front of the class.

I have found this to be exactly true, two to three percent chime in and it’s almost always with character assaults or just crazy meanness.

It’s both fascinating and hurtful depending on your frame of mind.

There is no avoiding it put yourself out there and you will get slammed. Three weeks ago someone from Orlando told me I was psychotic. Really?  It’s an opinion.

But as I learned when writing for films, no opinion is really the judge as they literally always swing from one side of the pendulum to the other.

I learned then that no opinion really matters including my own.

I will always post a dissenting voice about a topic.  I actually like them as they promote dialogue.  What I refuse to put up on the site are character assaults. If someone does something dreadful I may report it, but that is pretty much saved for my family members, I’m not in the business of publically slamming others.

For those of you who don’t blog, I’m giving you a taste of what many bloggers put up with ~  but then again nobody asked me to do this.

“She must be the densest most idiotically self referential cunt whoever blogged or breathed.”

I woke up to this today – out of the blue based on yesterday’s blog. And the weird thing is it came from someone I have only been nice to, don’t know that well, and don’t ask to read my blog. I didn’t even know he got it.

It caused quite a lot of cyber chat among certain people in the book world between here and London, where the person lives. That word tends to be more popular in the UK than it is here.

It’s a definite point of view.

So what was the point of this blog – I was merely climbing back on the horse and galloping back out in the ring.

If you hide from your critics you will remain unseen and if you run away from them you will only move backwards.