Christmas in Istanbul, our last two days; two more Mosques, one Spice Market, the Topaki Palace, but no partridge or pear trees. 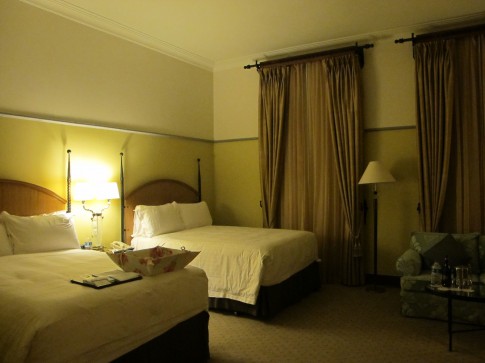 The good thing about Christmas in a Muslim Country is it doesn’t feel like Christmas so you’re not obligated to do all the Christmasy things.  Yesterday which would have been Christmas Eve we gave in and spent the morning in the room, at least I did. Glenn went out to haggle with a carpet dealer down the street over a purple rug we had been eyeing at night when the store was closed. He could not round anyone up to go with him, so he ended up going alone. It must not have gone well as we left Istanbul without the rug.

We had lunch with Glenn’s friend Omer Koc. He had his driver pick up at noon and take us over to the Asian side where we had lunch at his truly splendid Bosphorus side estate. I didn’t take pictures even though I was dying to. I even wanted to do a 50@50 tape as we discussed aging, but alas, I was a good little guest and kept all my equipment in my bag. Lunch lasted until three and it was a good forty minutes back so we didn’t have a lot of time for sight seeing. Much to Lucy’s delight we only had time for one Mosque and the Spice Market.  The Mosque was blessedly near the Spice Market so we could do both without sitting in more traffic.  The Rustem Pasa Mosque is famous for it’s tiles and decoration as most are much simpler, though we saw one yesterday to rival it.  Personally I could look at Mosques all day, but the kids have a limit 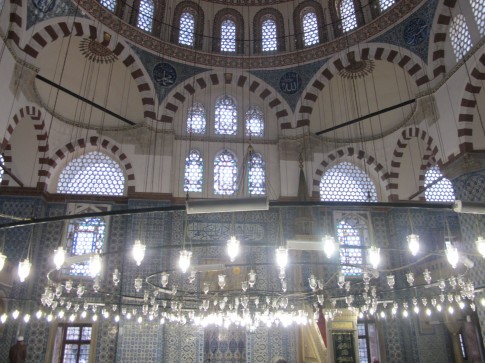 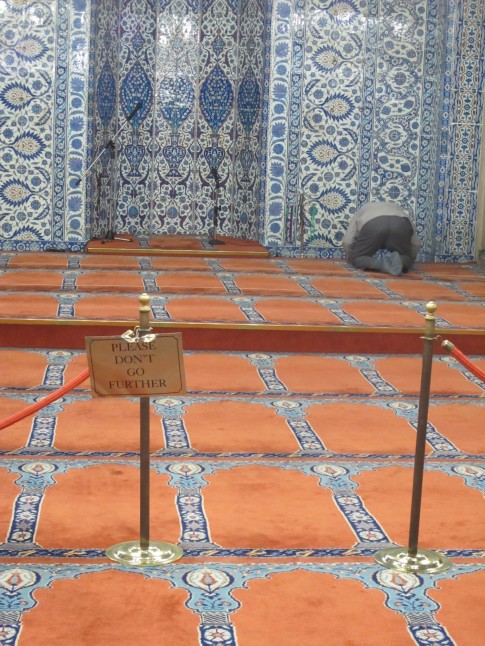 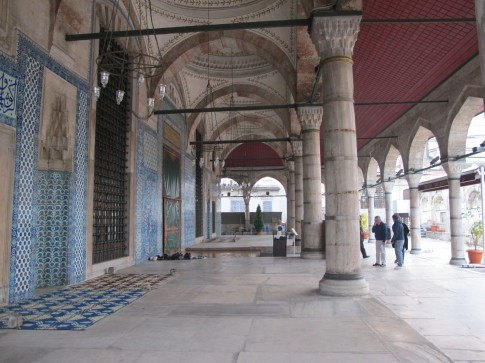 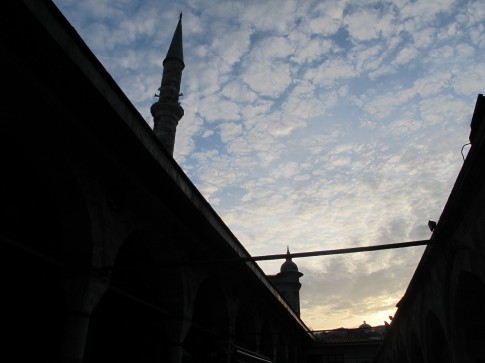 The sky when we came out. 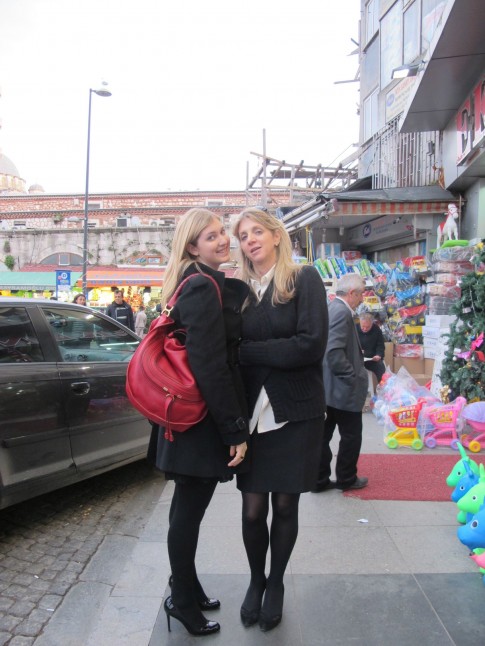 The truth is we are very good at observing the rules of other countries. I always make sure I’m properly covered and do the same with the girls. I always have a scarf in my bag in the event I have to cover my head. And I’m forever after Glenn to not put his shoes on until he is off the carpet at a Mosque;  better me than some angry guard.  So let’s say we would normally not go traipsing through an open air market in a place like Istanbul dressed like this. But we had come from lunch so we just went for it. I got many offers for Taylor, none to quite measure up to the 100,000 camels someone tired to give us in exchange for her in Cairo a few years ago.  The Turks don’t tend to use the camel as dowery, but one guy did offer me some. 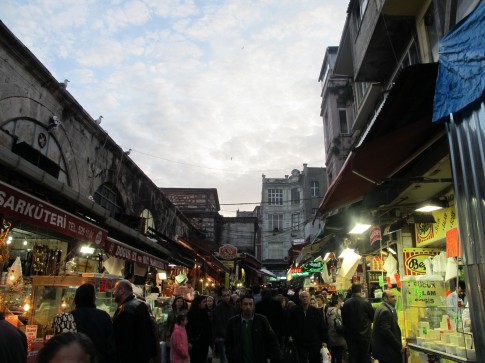 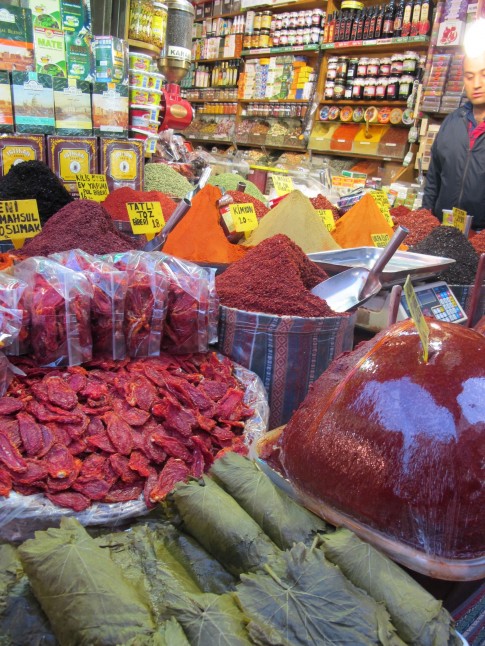 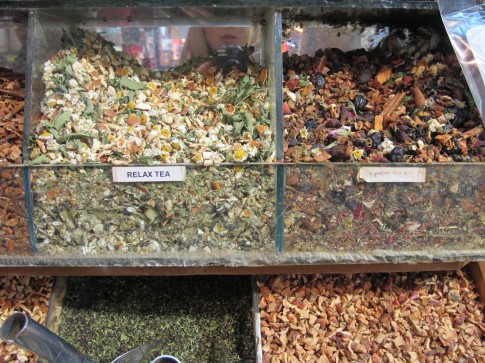 The Love Tea that was featured in yesterday’s video.  They serve an apple tea here that is wonderful. I brought home several types. 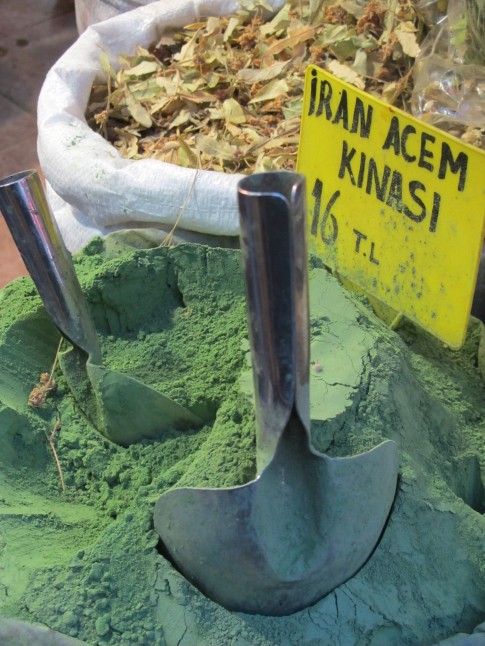 I don’t know what this is but I love the way it looks. 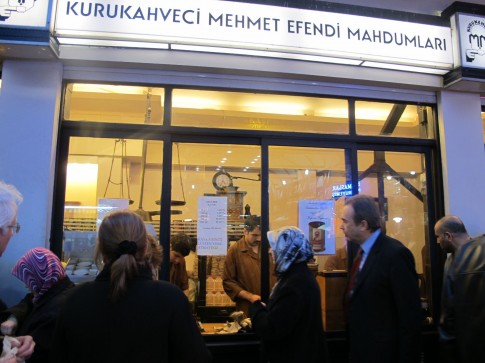 This place sold coffee. I cannot tell you how good it smelled and it must have been special as the line to get it was a mile long. I kept going up and looking for the place to order a cup, but it was ground beans only. 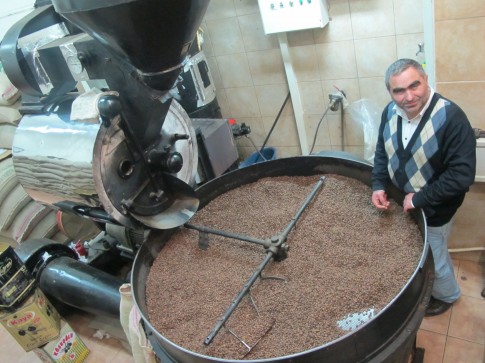 This guy was more of a mom and pop operation, but it smelled pretty amazing too. 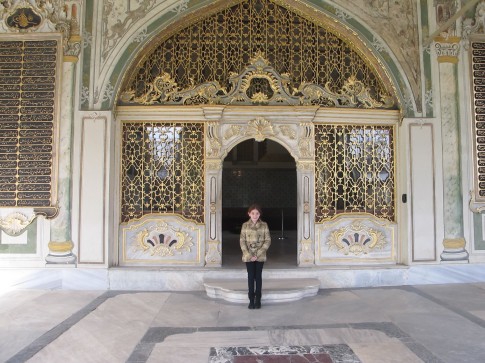 Christmas Day it was up early and we hit the Topaki Palace. It goes on for ever and has been beautifully preserved.  We were there three hours and I think we saw half of it. These are the entrance doors. 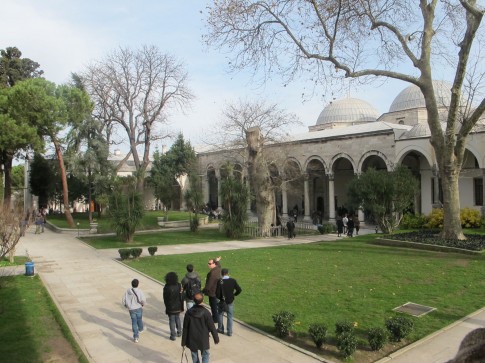 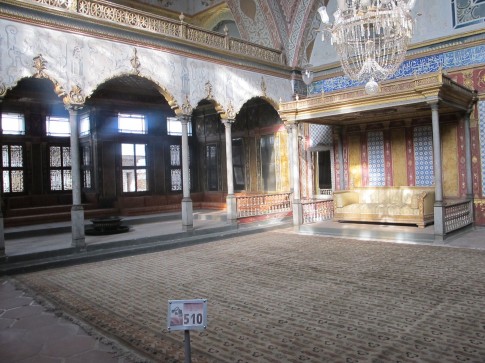 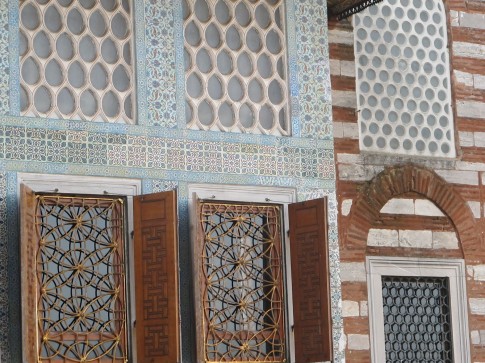 My camera ran out of batteries half way through.   But the most spectacular things they had you couldn’t photograph – the jewel rooms. I tried with my cell phone and got chewed out by the guards who I swear have eyes in the back of their heads. Anyway, I have seen some amazing jewels.  I know people get all worked up over the Crown Jewels.  But nothing that has to do with the British Royal Family moves me in any way including those jewels. I did see a special exhibition of the Nizam of Hydrebhad’s jewels in India several years ago and they did knock your socks off. Many feel it is  the best collection in the world; but, what I saw yesterday blows it out of the water. The Sultans knew how to buy stones. There is an 82 carat diamond that is on many notebooks in all the gift shops, but up close you can’t quite believe it. And there was another piece with a ruby and an emerald the size of Lucy’s head. And then, then, there was a crystal chest that I swear to god was filled with giant, I mean giant raw emeralds. I have never seen anything like it. And this little guard was running around, yelling “No photos.” It made me crazy. 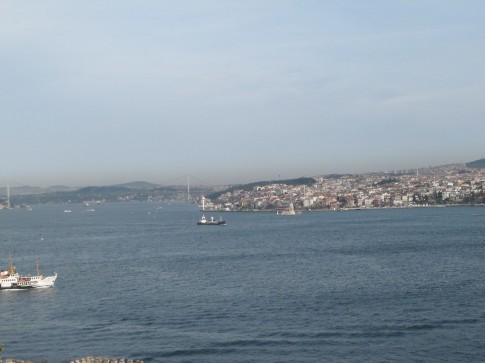 The weather so amazing, the locals were actually in awe. We sat outside, took off our jackets and had Christmas lunch looking at this, the Golden Horn. 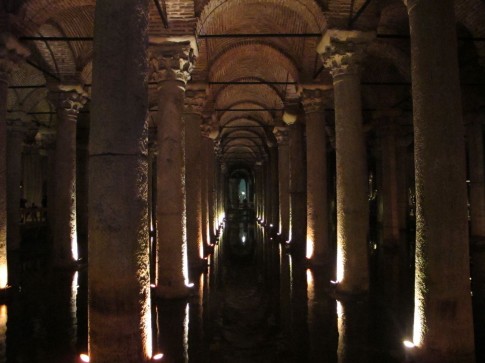 One of the many things I love about traveling with kids is I do see things I might not bother to if they were not around. And my grandmother used to say tourist sites are tourist sites for a reason and she was right.  These are the Basilica  Cisterns built in the 6th Century to bring water 19 miles from Belgrade Forest for an aqueduct.  It sort of feels like a ride at Disneyland when you first get down there and the fact they have fish swimming in them doesn’t help, but they are magnificent. 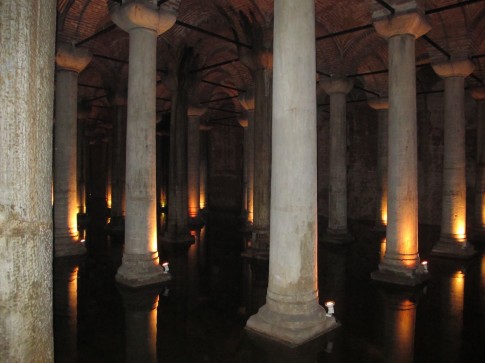 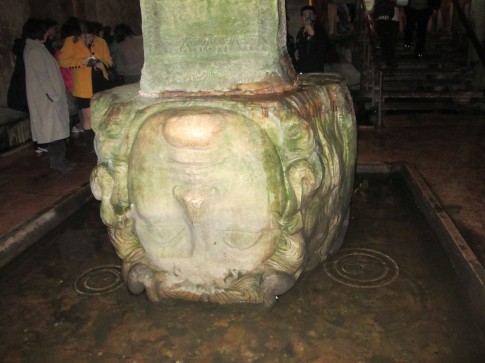 In case you doubt who built them, the dual Medusa Heads are there to remind. you.

They even have a cafe!

The day and the trip were coming to a close, but there was one more Mosque. Despite the girls refusing to go in, I think Taylor did to take some photos. Lucy stayed outside and said she was on official Mosque strike, but we really wanted to see the Suleymaniye Mosque. Which was designed by Sinan who is considered to be the Palladio of the Ottoman Empire. So Lucy sat outside and watched birds and cats and we took a look. 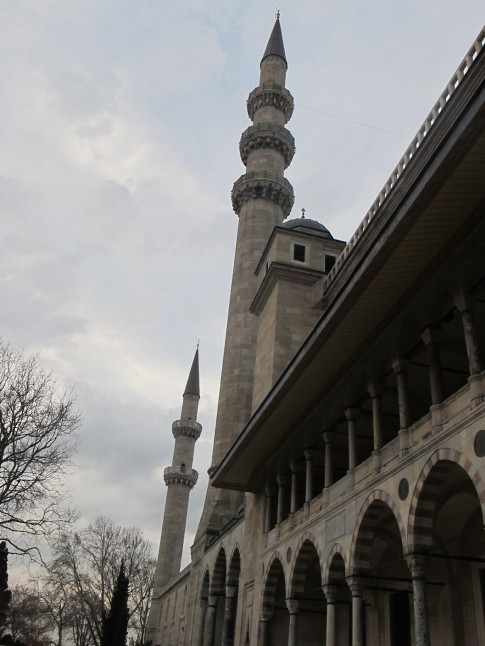 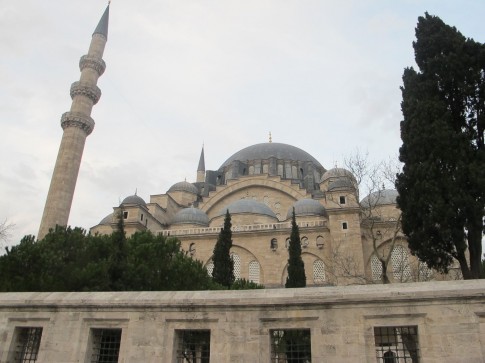 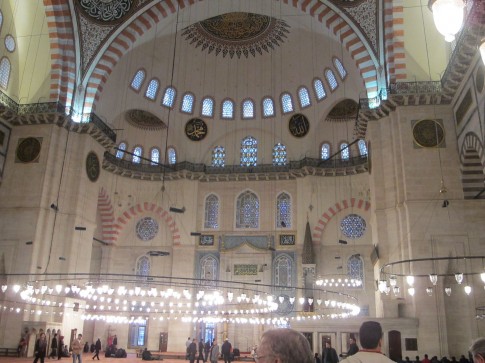 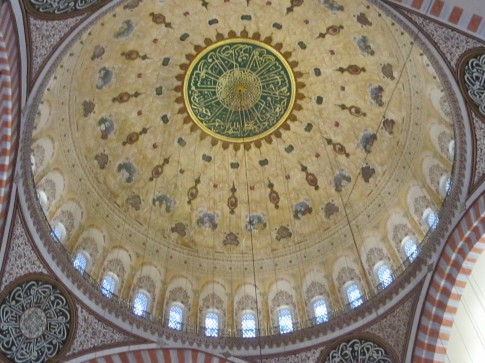 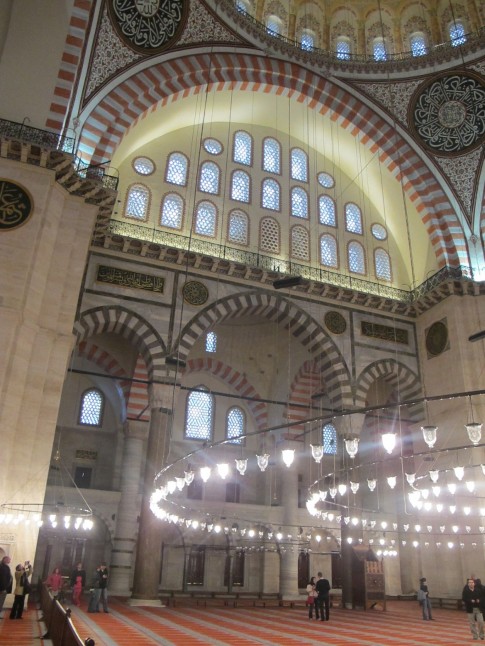 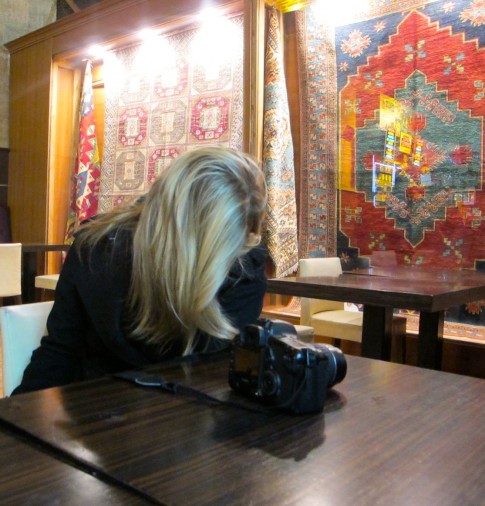 Taylor at the end of yesterday before her final Turkish coffee. They were and are both really good sports. 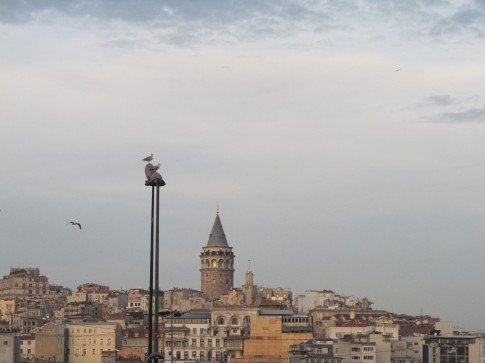 Five memorable days in Istanbul came to an end at five this morning when we left for Prague.

If you have a few moments for nothing else click on the link to the Suleymaniye  Mosque. It’s a virtual tour and almost as good as being there.