I love Berlin! This was so the last thing I expected. We came here as it was an easy stop from Prague. I wanted to see it once as I know it's become such a hot spot for art and design and just one of the big, booming cities of the globe. But for many reasons, all of which I must ponder a bit longer, I never expected I would fall in love with it.

I love Berlin!  This was so the last thing I expected. We came here as it was an easy stop from Prague, I wanted to see it once as I know it’s become such a hot spot for art and design and just one of the big, booming cities of the globe. But for many reasons, all of which I must ponder a bit longer, I never expected I would fall in love with it. 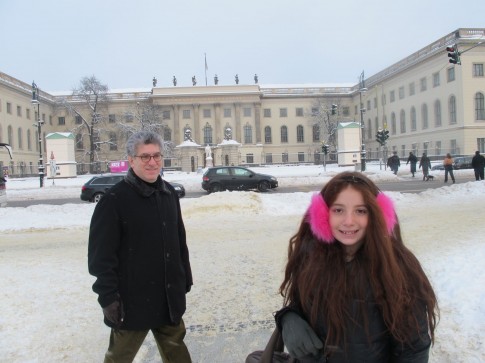 But it was pretty instantaneous, halfway to the hotel I turned to Glenn and said “I love this place.” It has become one of my top ten cities overnight. It has the kind of energy that totally turns me on. 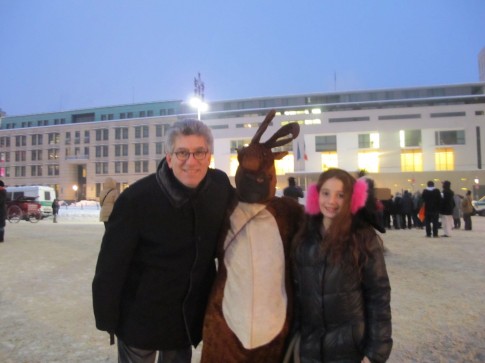 We have only had a day and a half and I’m already planning my next trip. It will be when it’t not 12 degrees.  But despite the weather we are having a grand time. 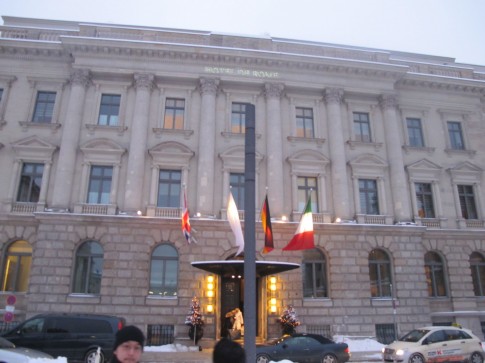 First off I LOVE the hotel where we are staying. 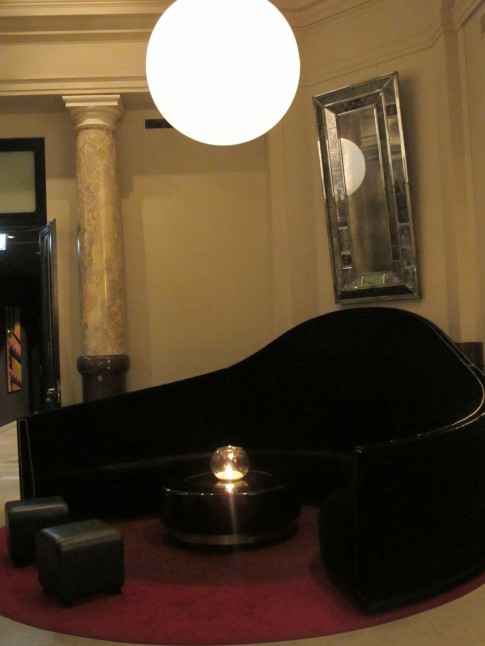 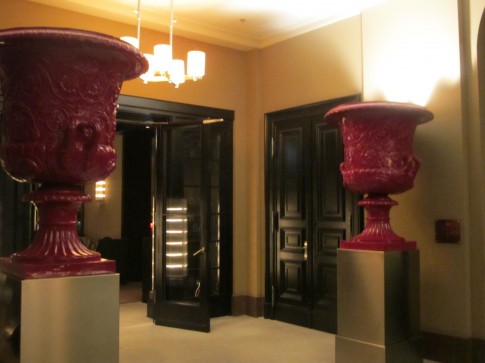 The lobby- I love the scale of everything. 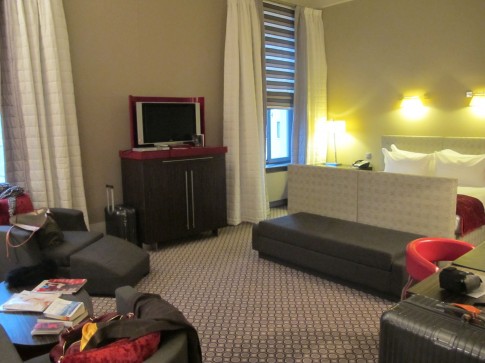 And despite the fact it’s cold they make it easy for you to get around. The first thing we did when we got here was took a walk to the Brandenburg Gate. 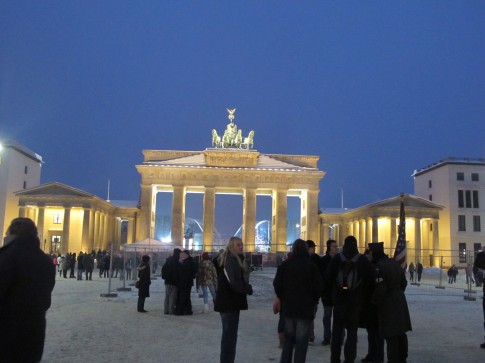 I love the grandness of the buildings. Nothing cute and little and quaint so far. The very thing many people dislike about the Germans, and I don’t even want to go to the other place,not in this blog, I will next week – but the imperial streak.  The we do it bigger and better, well it’s so evident in the architecture and I happen to really dig it. One building is bigger and grander than the next and the new stuff is big and hip and cool and on the edge. The Germans are not afraid of going to the edge. I guess I was destined to like it here. 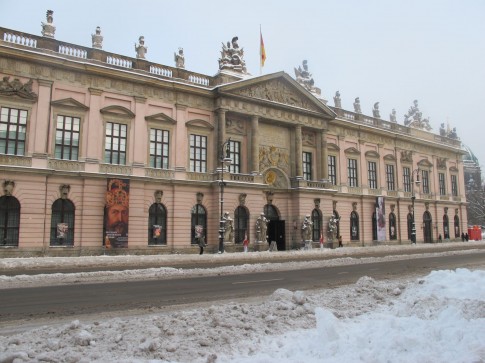 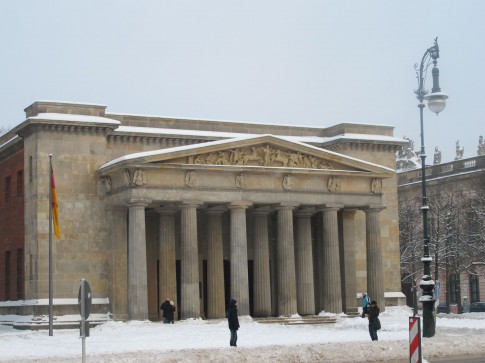 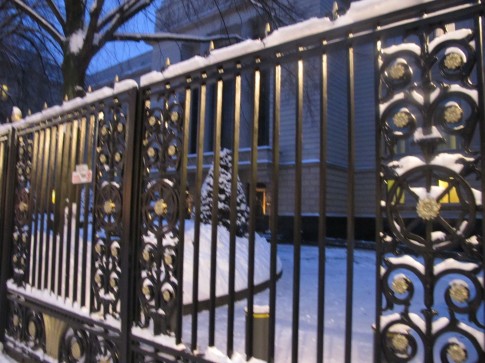 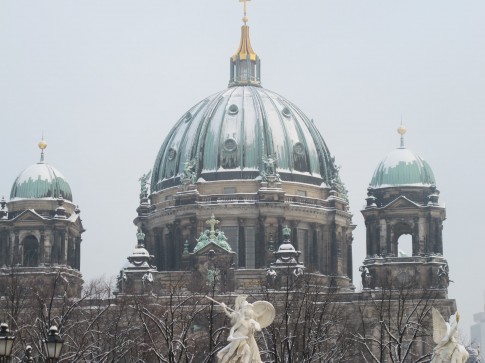 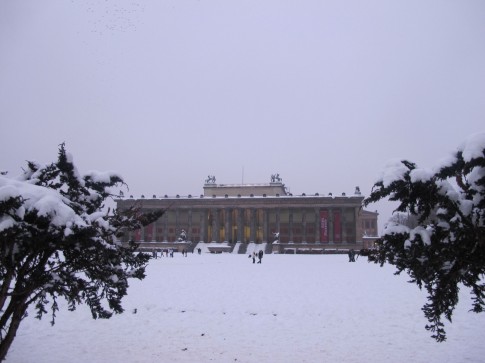 It helps the first night here Glenn and I had one of the best meals I have eaten anywhere in maybe ever. We took a short walk to a place called Vau, I knew nothing about it except it is very in. It turns out to be owned and operated by Kolja Kleeberg  who is a German Food TV star. He spends a lot of time out of the kitchen charming the guests, which is a big plus from a chef. I learned this watching Wolfgang Puck in the early days. People like to meet the chef. People like the chef to pay attention and come around and say “How was it?” It was amazing, I won’t bore you course by course. But it was a memorable night. I have no pictures of it, I just enjoyed it. 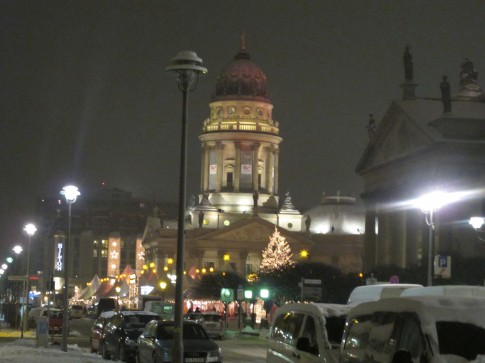 SAW THIS ON OUR WALK TO DINNER

Yesterday we got up and out early and headed for Museum Island. They make it easy to get from museum to museum even in the bad weather as they are all clumped together on this one spot called Museum Island, well not all but a lot.

Museum Island and The National Gallery. 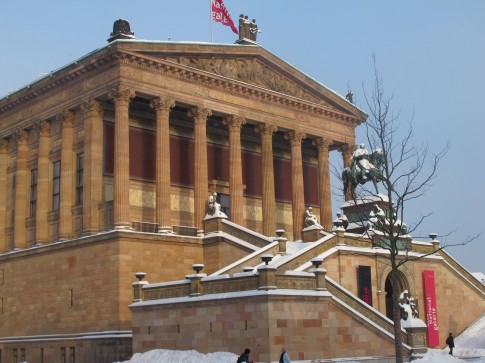 We did four in one day, We started at the Neues Museum, went on to The National Gallery, then did the Pergamon Museum and ended at the Historical Museum, a stunning building by IM Pei nestled in with all the 19th Century bemoths.

That literally took us up until five o’clock. And the girls never complained. It also made it very easy to stay warm most of the time, as if you buy one ticket, like Disneyland you get on all rides. But unlike Disneyland if you buy your all day pass there is no waiting in lines. Something we were all happy about.

Seeing the great ruins of Pergamon is up there with most sites anywhere. And the Egyptian Collection in the Neues Gallery rivals much of what one finds in Egypt. And I know people get all bent out of shape that those things should stay in their homeland, and I think I used to take that position until I actually went to Egypt and saw how they take care of their ruins  – they don’t. The Egyptian Museum is of the most pathetic museums on the globe, not that it isn’t filled with amazing things, it’s just they are all falling apart and unmarked and you can’t see them as there is no lighting. A friend of Glenn’s told us to take a flash light when we went,we didn’t, we should have. 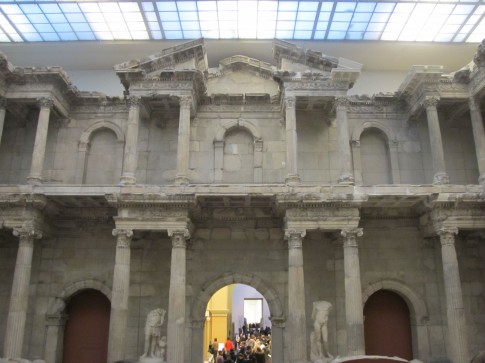 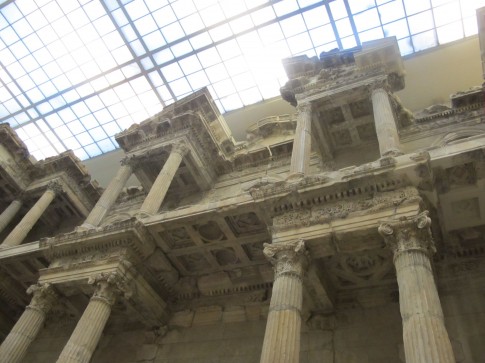 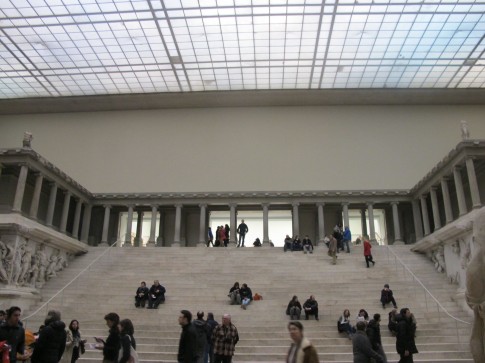 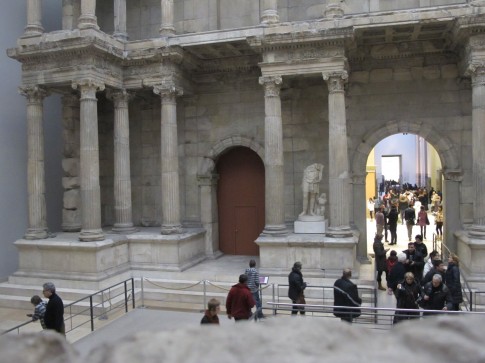 All four shots at the Pergamon Museum

Now that I have offended  a bunch of Egyptians in defense of the Germans maybe I should toss up some photos. But lets say what they have done here with their amazing collections is sublime. 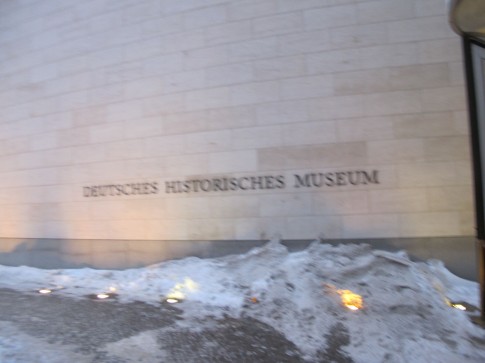 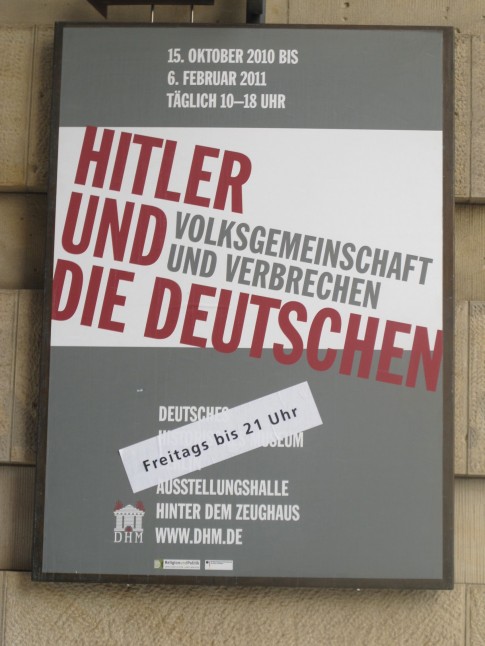 We saw this show – It doesn’t go away – it was the most crowded show we saw. It scared Lucy. I will save it all for another day. You can’t be a Jew and not be affected, one has guilt about loving it here, but I’m old enough and it’s long enough away I can love it for what it is now.

We ended up having dinner at an Asian restaurant as we were all sort  of wanting something that was light and not saucy.

I’m ending this as we are meeting the kids downstairs and hitting the streets. It’s a balmy 33 degrees today so we are all excited.

It is New Years Eve Day. I wish you all a great evening, if you are driving PLEASE drive carefully and responsibly. If you are not, just have fun. 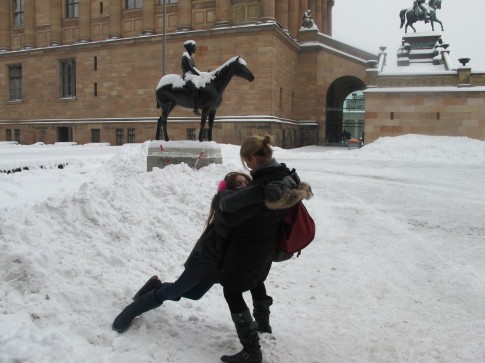 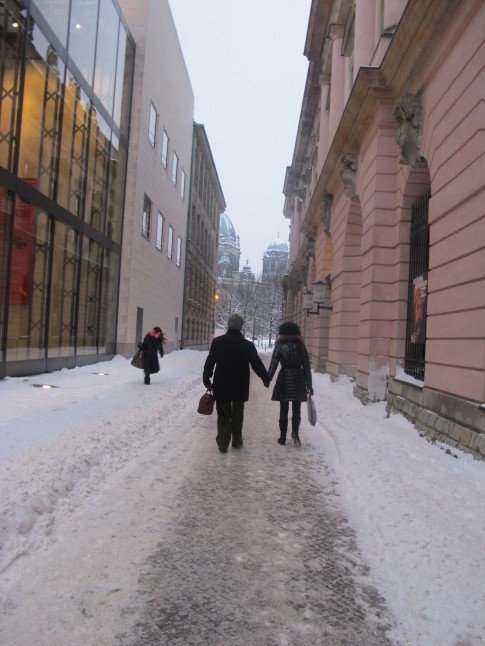