They call New Mexico the land of enchantment. I haven't seen much of it but I find Santa Fe truly charming.

THE CHARMS OF SANTA FE 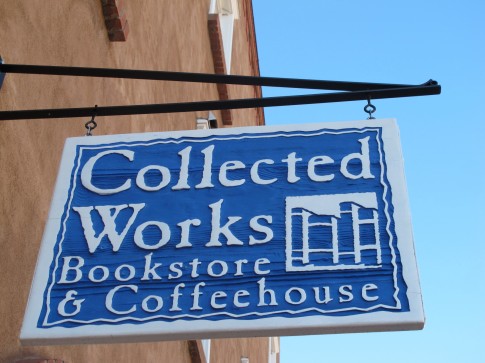 The other is Garcia Street Books off Canyon Road. 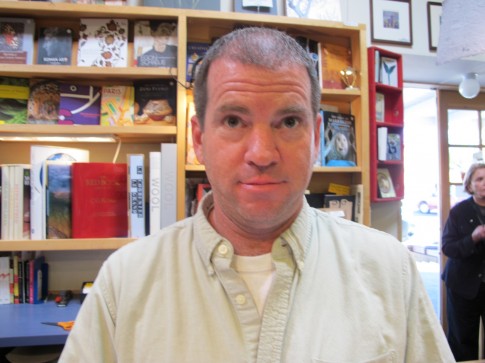 I was actually having so much fun talking to the manager Rick Palmer I forgot to take a picture of the outside.  This might have been the most fun I have had in a bookstore. 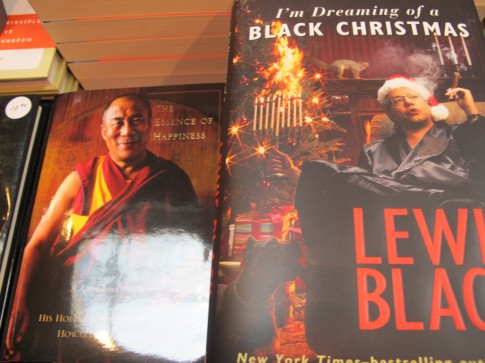 How do you not love a book store that puts Lewis Black and The Dalai Lama next to each other?

I loved the store so much I went back today with Glenn. Rick wasn’t there but Alex who works there remembered me.  I so want to come back to Santa Fe and do an event at Garcia Street.  Hint. Hint. They kind of said I could. Fingers crossed.

Garcia Street itself is a beautiful little street with houses like this. 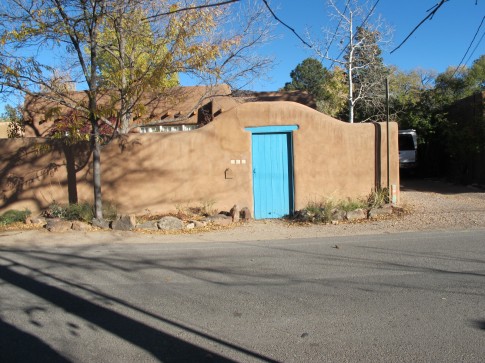 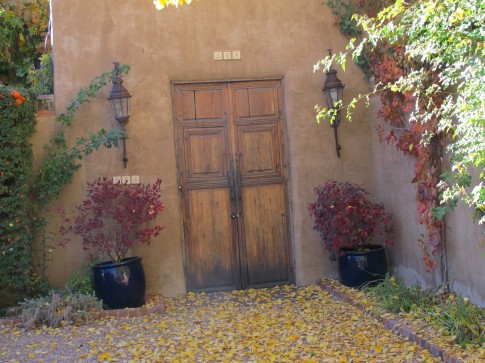 I love Canyon Road. It is one of the special shopping streets in any city I know. Even Glenn admitted that today as we were winding our way to the top. 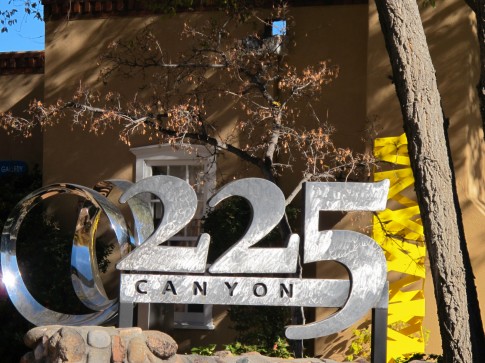 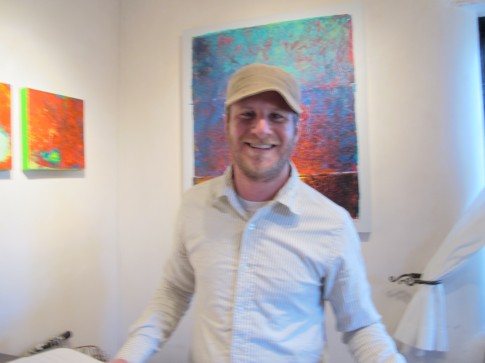 My favorite store on the street is called Mirador.  Now last year it was called something else and it was run by a very talented jeweler and artist named Richard Patterson.  I wandered in this year, well, I didn’t wander in I climbed until I found it and now it’s owned by this guy Daniel Palmer who still carries Richard’s work.  But he also has  lots of amazing jewelry and art by other local artists and many from Latin America. He has the best stuff. 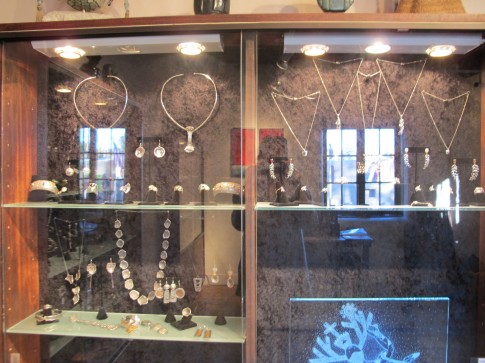 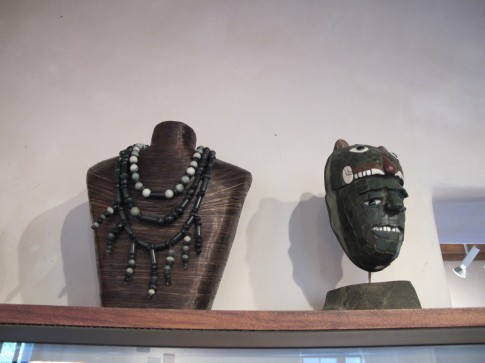 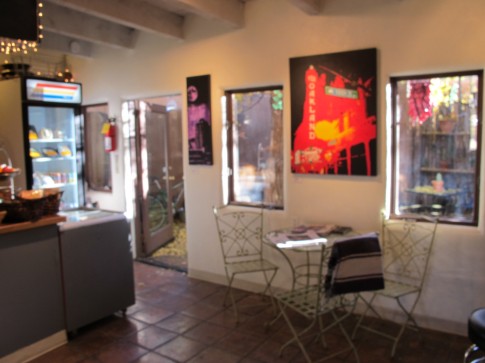 And there is a  cafe in the back. It’s a must stop if you go to Santa Fe. Daniel is so nice he drove me down the hill as I was late to an appointment.

I would put a link up but I’m on that stupid Sony Vio or whatever it’s called and I can barely operate it. Linking is impossible.

But his site is  www.miradorjade.com

Last night we had dinner with Cormac McCarthy and his son John. I really wanted to get photos but the opportunity never really presented itself. But we had a lovely time sitting in front of the fire at La Casa Sensa drinking good red wine.

Today the square was alive with Hell’s Angels. But it was so sweet as they were all there on a TOYS FOR TOTS ride. So all the big choppers and I’m telling you these were some of the biggest I have ever seen, all had toys strapped on the back when they pulled in. I do have a video of them all leaving town, but if I can’t link I clearly can’t post video until I get back to my MAC. 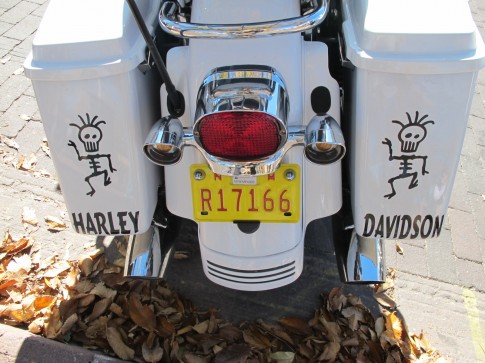 See the stuffed animals on the back. Some had Barbies. It was a truly heartwarming sight. These tough looking guys on these big bikes all with toys for the underprivileged. 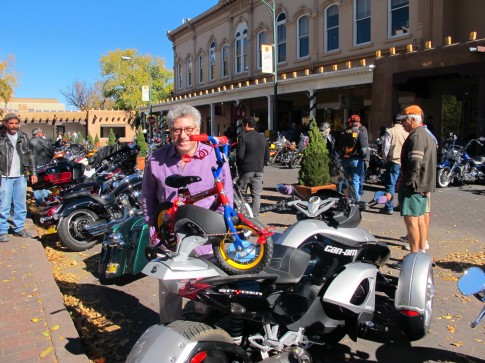 Glenn with a bike with a plastic bike on the back. Glenn is now telling me they were not Hells Angels, merely bikers. Glenn says you have to kill someone to be a Hells Angel. I don’t think this is true. Many of the jackets said Hells Angels. I look at jackets more carefully than Glenn. But say it was a combo, some Hells Angels some bikers. It was still very sweet and ironic.

We did two museums The New Mexico Art Museum, where this struck my fancy. The merging of East Indians and Western Indians. 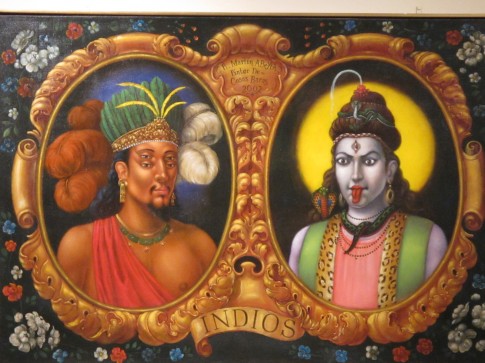 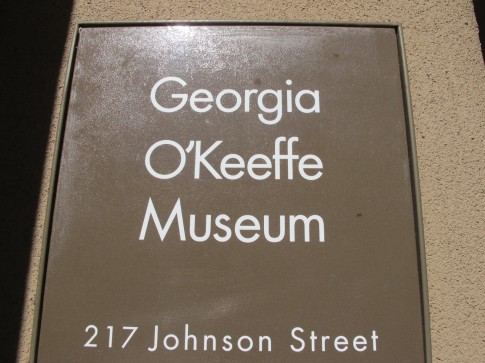 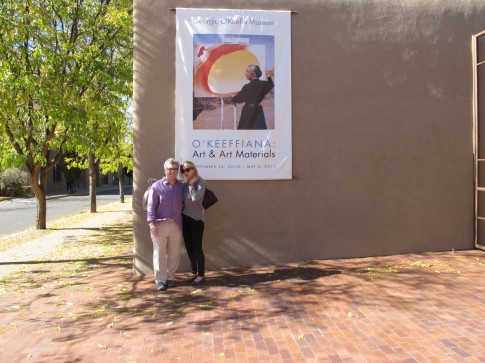 This is all you can photograph of the Georgia O”Keeffe museum. They are very strict. You can’t see from this photo but we are both wearing purple shirts and shoes!

The museum is wonderful. Two films about her life run all day. If you find yourself here it’s worth a few hours.

We then made our way back up Canyon Road. Cormac told us to drive out of town up to 7,000 feet.  That is not really the kind of thing we do much of. Glenn is not so into nature unless he finds himself face to face with it, and even then he will  look for a museum or a store. My kind of guy! 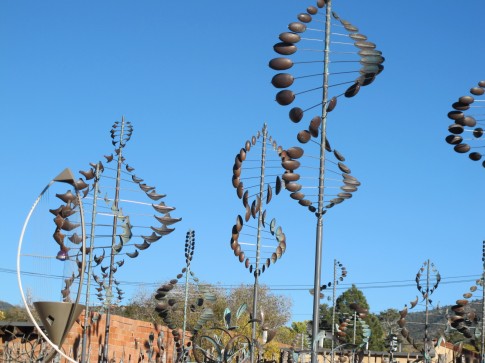 You can’t tell from this but these spin in the wind. They are really magical. 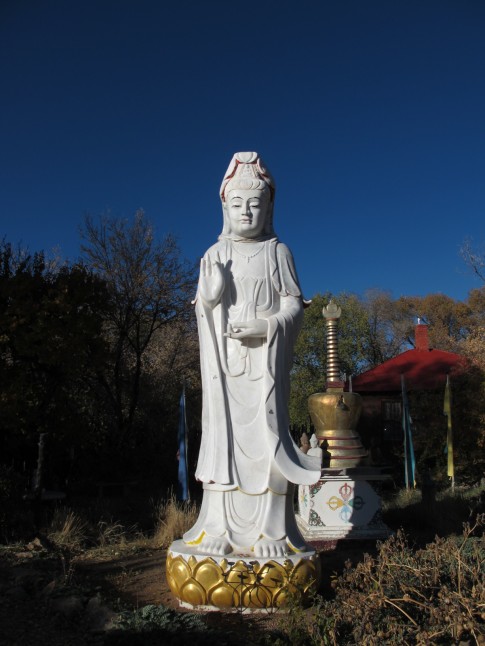 Mixed in with the art galleries, the fancy shops and homes I found this. Only in Santa Fe or Asia. 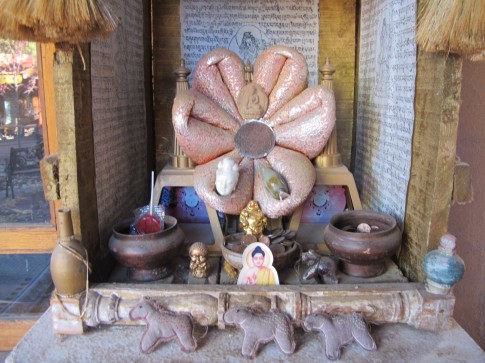 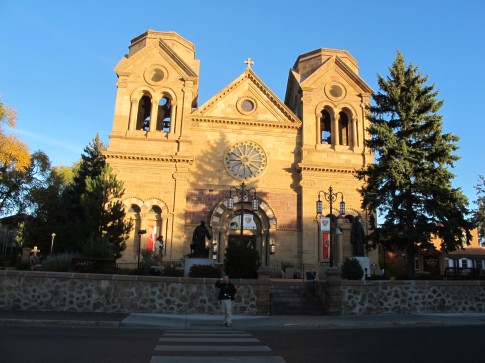 The Church of St. Francis of Assisi ~ the bells ringing as we passed by,  the smell of pinon burning.  The charms of Santa Fe.