It's been a week, must be time to head to the airport.

ON THE ROAD AGAIN

I am starting to hear that song over and over in my head as I wake up in the dark for yet another flight. I don’t actually know how people travel 250 days a year. I love it in one way but….. when that alarm goes off at….. 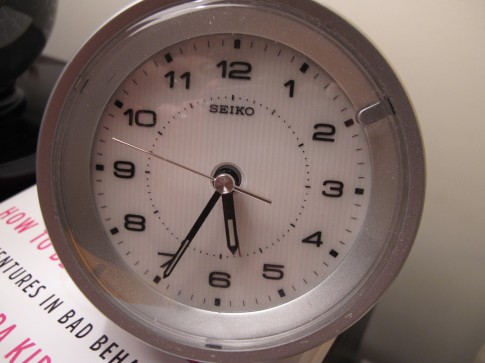 An hour before we have to head to the airport. This morning Iwas a bit concerned as we had exactly one half hour to make our connection in Chicago.  Our destination was Albuquerque, two planes a day leave O” Hare for New Mexico. If we missed our ten twenty flight the next one would not be until seven thirty in the evening.  I told Glenn if we missed it I was coming home. 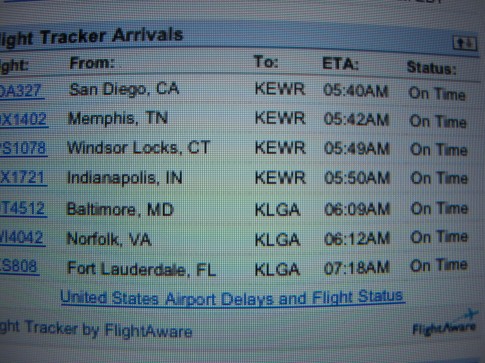 The first thing I did was check that the flights were landing and leaving on time.  The early ones were. I found this site when Iwas worried about the wind conditions in Michigan last week. It looked OK. 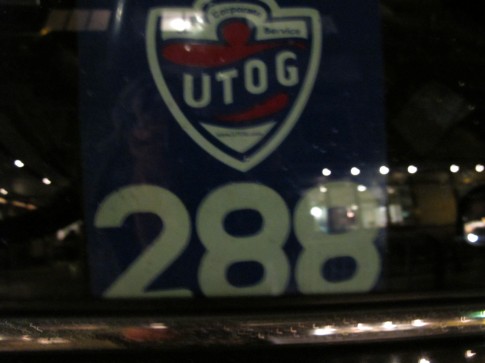 Then the sign ~ or car had double eights, my lucky number. I knew from that moment on we would make the flights. 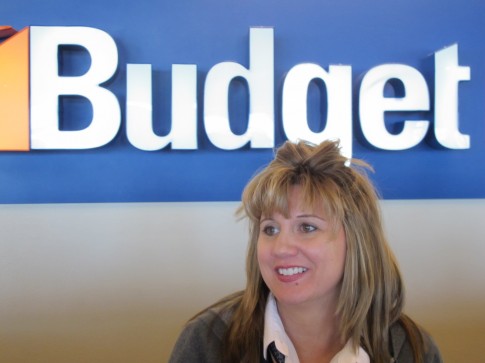 Everything went perfectly and by noon we were in New Mexico and this  nice lady was handing over the keys to her car for us to use. 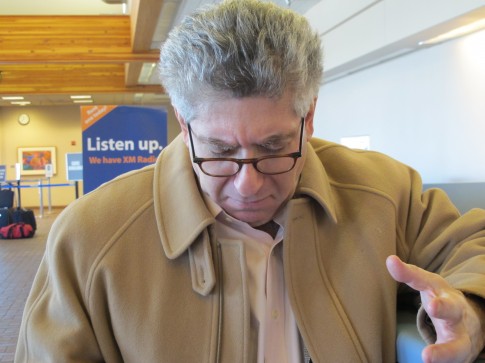 Not sure what he was doing here but I like the image. This trip is really more for his busniess than mine. But I figured I would tag along, three days in Santa Fe ~why not?  Besides the fact I like Santa Fe, there are bookstores!

First stop when we left Budget was BookWorks. 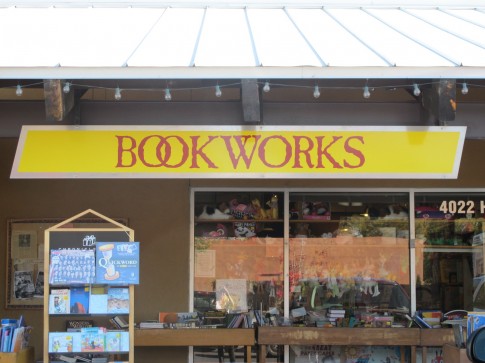 I can’t keep to stop myself from stopping in at the bookstores. This one was hidden away in  a strip mall in what appeared to be a mostly residential section. A very nice shop and a very friendly owner  ~ Danielle.

We then went straight to Page One. I don’t have a photo of  the outside or some of the cool stuff on the inside as my computer decided they were corrupt. Compaired to what goes on inside many computers I’m not sure why these were deemed corrupt but they were.

The store is enormous and not only sells the normal book store fare, but has a rare book section where Glenn disappered into. It has a woman giving massages, seriously, you can buy some books and get a massage in the middle of the store. It has a place to plug in your computer and work.  All sorts of nooks and crannies with things  going on. It has a cafe as well. After having been to as many bookstores as I have in the last three months,my feeling is the way of the future for these stores is they will have to offer more than books. With the KIndle and all the rest of it, bookstores will be places you go for many things, books being one of them. But they will be little worlds unto themselves.  Many I visited have already gone in this direction, no question Page One has done it on a large scale.  OutWrite in Atlanta is very similar and therre are many others, offering events and a place to go to share ideas and have a coffee and meet your friends.  The independent bookstore is alive and well but like many other things technology has changed it is morphing into sommething new. 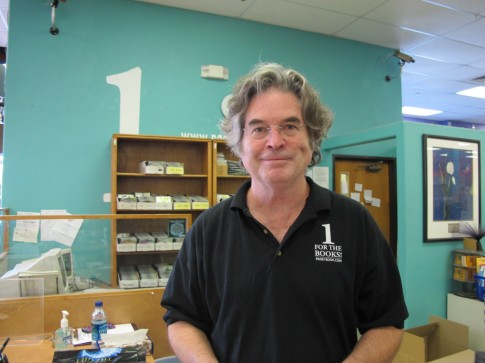 Steve Stout of  Page One Bookstore. 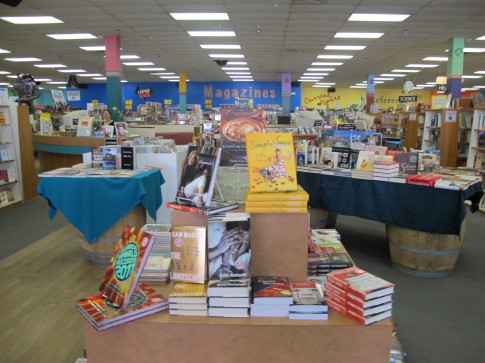 Sadly the only non-corrupt shot I got at Page One.

We then made the forty-five minute drive to Santa Fe. 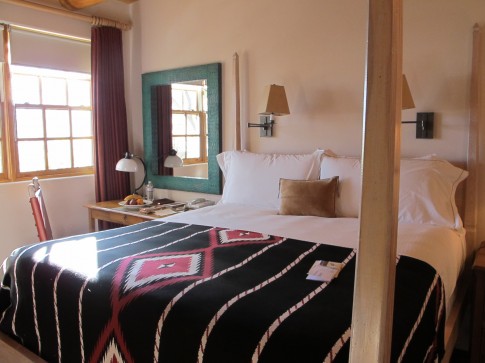 Room Shot. I’m so not in Michigan at the moment.

This is not a new part of the country for me, I have been coming here forever. Now they call New Mexico the land of enchantment: Which when you drive through parts of it you find very hard to believe. But Santa Fe is enchanting. And I love it this time of  year when it starts to get cold and they burn the pinon everywhere.  We grabbed some quacamole. 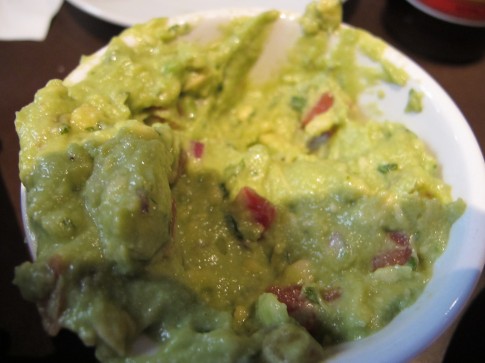 Couldn”t  you just dive in?  Maybe my favorite food ever. The waitress was a little shocked when I asked for a second bowl.

Then we just wandered around despite the fact we were so tired we could barely move. 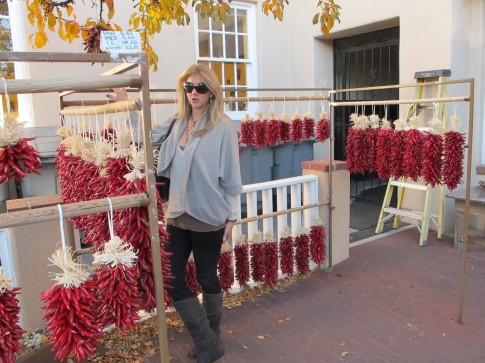 I always want to buy these peppers then realize I have no place to hang them. 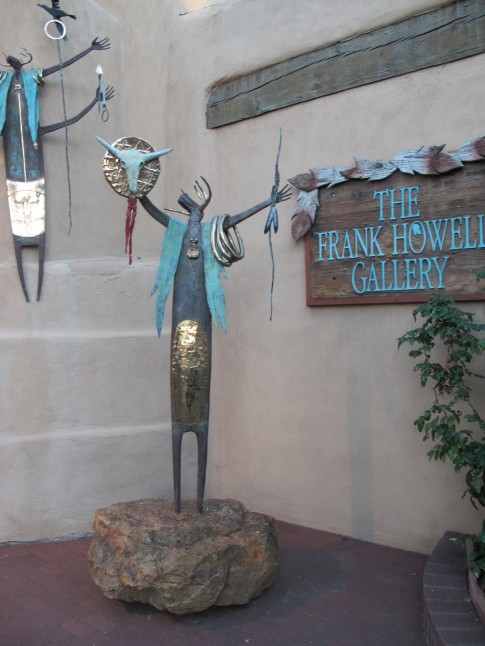 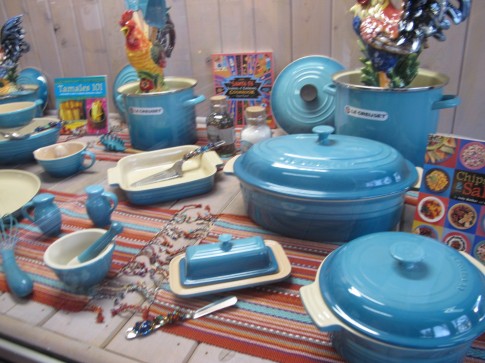 This window made me want to get all new cookware. How prety is that? 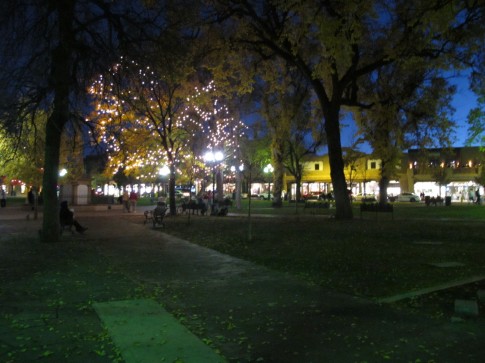 The main  square in the early evening. It is enchanting.