People are always telling me to relax. Today I devoted three hours to it. Did it work???? 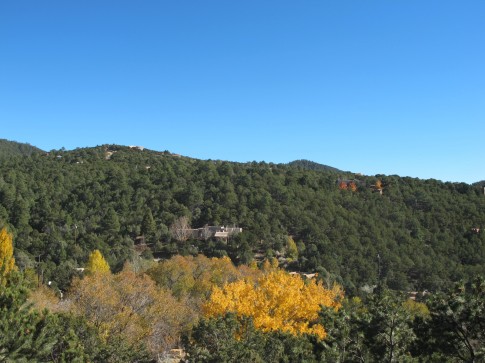 People always tell me to relax.  I don’t do relax well. I’m wound like a top, I just accept it as do those who like me. If my energy makes people nervous they just have to depart from my universe.  Though I do make real stabs at the whole relaxation thing.  One way I try is when I have the chance and am in proximity to a good one, I love spas. So who doesn’t? You would have to be seriously demented not to like a spa.  One of my favorite spas anywhere in the world, I mean in my top five is 10,000 Waves here in Santa Fe.

I’ve been going for over twenty years.  It used to just be this kind of cool, hippy,dippy spa in the mountains. The massage rooms were co-ed and enormous. They looked sort of like a scene from Mash with massage tables instead of beds.  The hot tubs were mostly communal, with the exception of a few private ones that looked over the mountains.

The buildings are set in the mountains and  made to look like a traditional Japenese Spa. Over the years it has gotten many face lifts and it’s now very posh, but not in the plush way, more in the spiritual, water flowing, teak wood way.  It has a vibe that is pretty perfect and walking in can even make the likes of me almost relax.

When I knew we were coming here and Glenn had a day of business I booked the three hour Buddha Delight. I figured three hours at 10,000 Waves getting the Buddha Delight would relax  me.

The relaxation didn’t start off too well as I had asked the hotel to call and book a  cab for 10:30 this morning. Cabs are hard to come by here and they don’t always arrive. So I booked it last night.  I went down at 10:25 and waitied,  no cab. At ten forty I asked about the cab  they said one had not been ordered. This was not good for my day of relaxation, as the spa wants you there fifteen  minutes before your appointment. They called the cab company and they said it would be 45 minutes before they would be able to send anyone.  NOT RELAXING!  I had to take deep breaths as to not go into airport misfire mode.  As usual I had organized my the life to the nano second, it wasn’t working out,  I was getting  nervous.  The manager took responsibility and had someone drive me.  I made it on time.  Relaxation could begin. 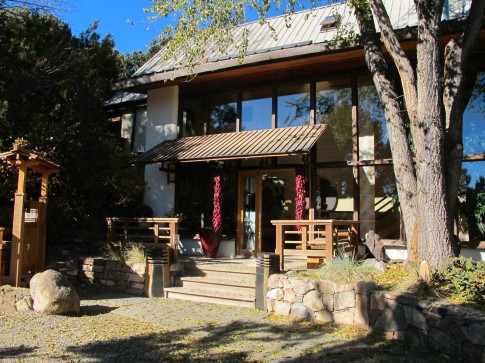 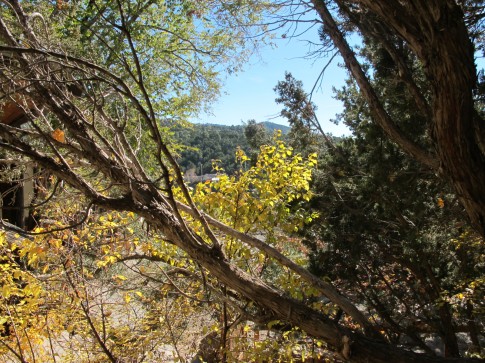 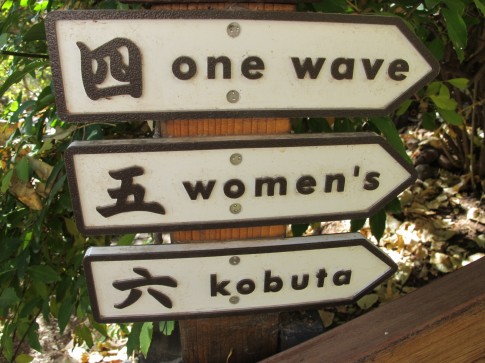 They have these amazing private hot tub rooms. These signs lead you to them.  You can book them for an hour. 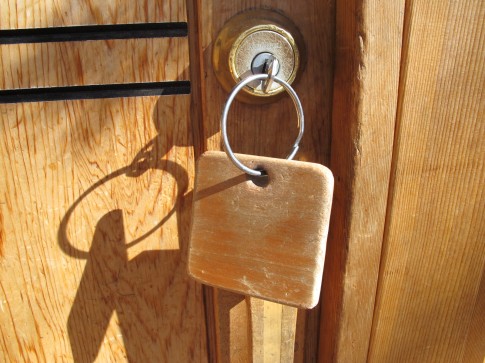 You’re all alone. Unless you are with someone.  Today I was all alone.  Glenn had to work.  His loss. 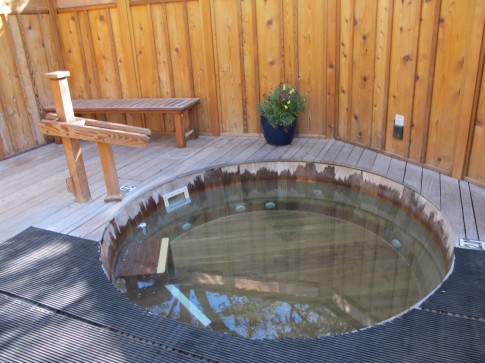 This is the private hot tub. It’s really private. 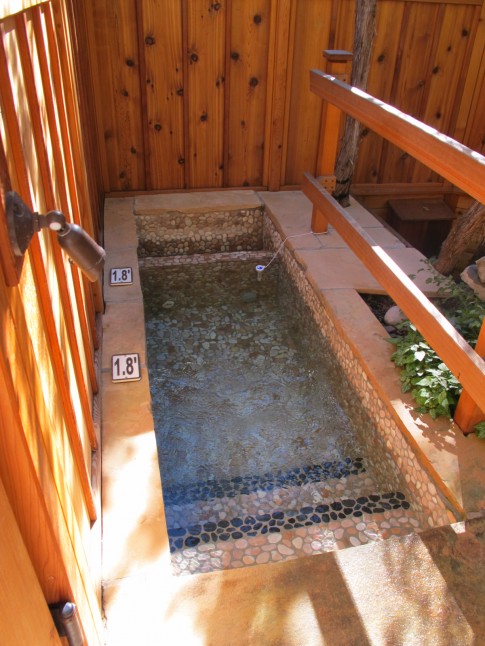 It also has it’s own cold plunge pool. 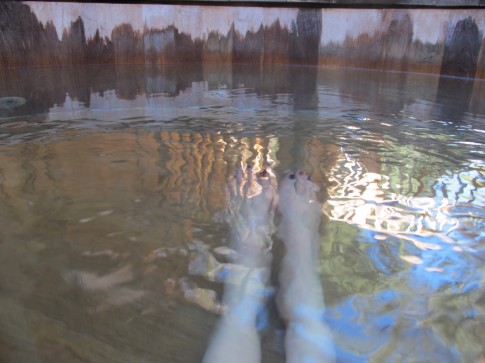 So there I was floating around in this thing all alone and in the beginning I can do a version of relax; but then I start thinking about the salt scrub I’m getting next and wondering if I should have told the people at the desk to call the cab for two fifteen and not two thirty as then it would maybe be on time. And what would happen if the cab didn’t show up to take me back. And then I tell myself I’m being a fool, look where I am  I need to be in the moment and RELAX. I’m by the way the only person who is allowed to tell me to relax. Then I told myself to look at the sky. 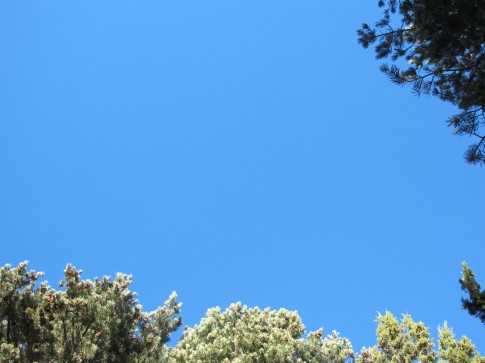 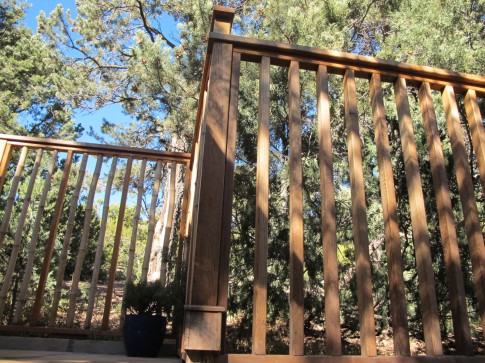 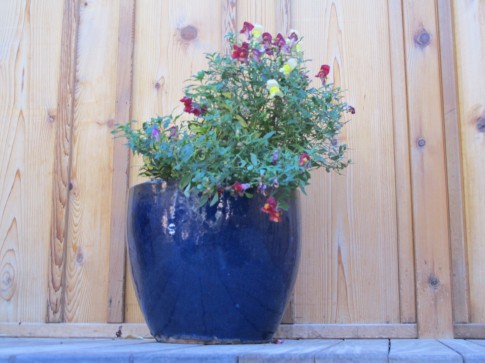 And  all the beauty surrounding me. But of course I wasn’t actually basking in it, I was taking photos of it and thinking about the blog and then I was worried if I was too relaxed I would drop the camera in the hot tub and then I started thinking about lunch and I thought I should get out a few minutes early and eat something before the rest of my treatments. 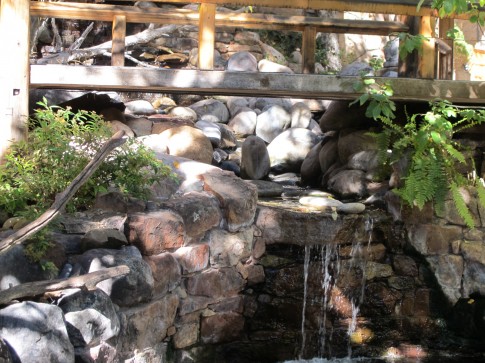 I stared at this waterful while I ate half a tuna fish sandwich. I savored each bite. I was one with the tuna fish, we merged. 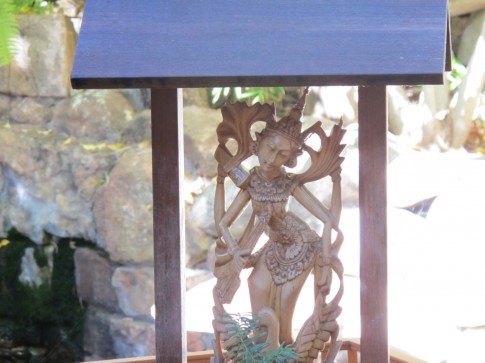 I drank cucumber water gazing at this diety.  By then it was time for my treatments.  I left my BlackBerry in the locker. I vowed not to go look at it, I was determined to relax. 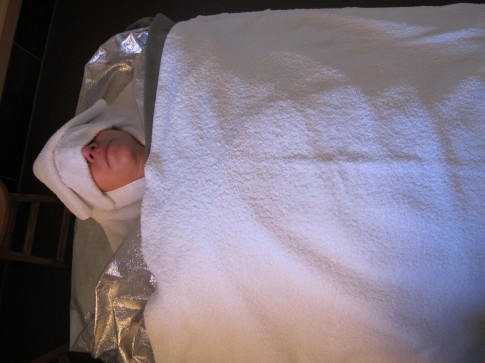 This is me finally in a state of deep relaxation.  This is what it takes. It worked.  I went off into another place. In fact  I almost started to cry when they unwrapped me. But I did have my massage and salt glow left.

Eventually it was over and I had to leave. I was genuinely relaxed while I got dressed and took care of my bill.  Then I had to go wait for the taxi. They told me at the desk they called one for two thirty. I went and waited. I promised myselff I would not get upset if it was late. I would stay relaxed. I would sit in the sunshine and stare at the mountains and be in the moment. I would not check my BlackBerry. OK, it didn’t get reception but even if it did. 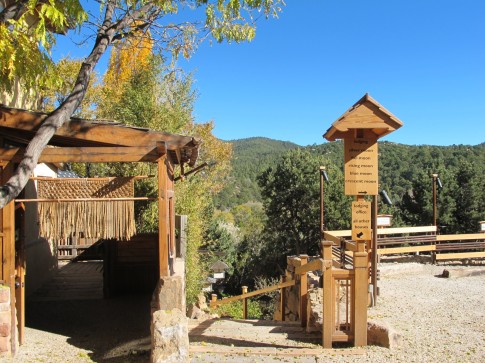 I would sit in this spot until the god of transportation decided it was time for me to leave. Relaxed. OK that lasted until two forty five, the   cab was fifteen minutes late. I bopped upstairs to check and make sure they called.  They called again. You can be relaxed and efficient. The cab company said a few minutes. I went back to my perch. Relaxed. Sort of, my mind went to the rest of the afternoon. I had things to do.  A few minutes turned into fifteen,  I needed a cab or someone to quickly come with the hot towels and the tin foil to mummy me back to relaxation.  I returned to the desk.  They called again, a few more minutes. I felt the muscles in my neck tighten. No, No, No, I was relaxed dammit.

The cab eventually arrived. My BlackBerry got reception. The muscles in my neck went back to their normal locked state. I had bookstores to visit, things to do, I must accomplish!

The moral of the story is some people are not meant to be relaxed. But I  do  have a great time time trying.