So I have to make up for some lost time here...

So I have to make up for some lost time here…

First off my friend Danielle Greene Welch, whom  I don’t have a photo of and feel badly.  I was going off to shoot one this afternoon as I had so much fun at Maria Bushkin’s party last night I forgot I was on a job and didn’t take many photos, but today got away. Anyway, sorry Danielle, but Danielle said please don’t stop photographing your rooms.  So for Danielle, 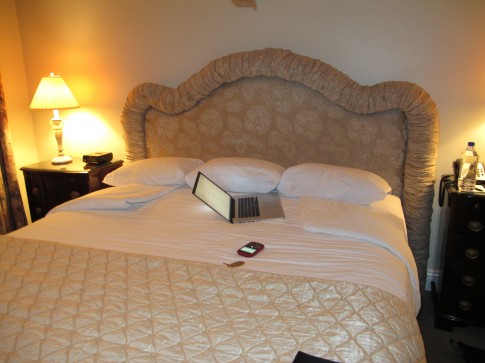 Yesterday started with coffee with my former English teacher and friend Dana White. Dana was always a friend to most of his students and is a great traveller, so we caught up quickly and one of the things he’s doing now is teaching kids in Cambodia a few months a year. I was off to Chaucer’s books with a galley of mine and asked him when he gave me a C in English if he ever thought I could write one. We decided he did a better job than we were aware or I paid more attention than my grades let on. He was a terrific teacher and I think one everyone remembers with fondness. I once found a stray dog ( I was always finding stray dogs) and he took it and kept it for the rest of it’s life. That is one of my big Dana memories.  He is good about keeping up with his old students. I found him on someone else’s Facebook page and am glad I did. 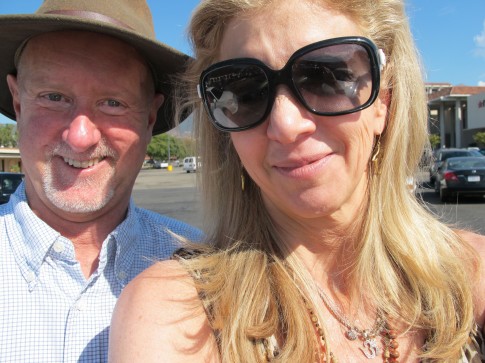 I went from Dana to the Coral Casino, the beach club where many of us in Santa Barbara spent not only our childhoods but kept going back well into adulthood. Blog follower Penny Bianchi took me to lunch there. It has gotten very posh and fancy. When I was a kid it was pretty but in a run down club sort of way, now it looks like a Four Seasons which isn’t surprising since Ty Warner who owns the Four Seasons across the street owns the club too and did it over. It was fun to meet Penny IRL. We have had a very intense email relationship but never met in person. And this is one of those cases where you never know what is going to happen, old time blog followers might remember as she confronted on some issues back in the spring, but the more we talked the more we had in common and she changed her feelings about the film and what I was about and we have become real chums. She is lots of fun and has great taste and an amazing house and garden.  Penny has even offered to give me my Santa Barbara book party! Thank you Penny for a great day yesterday and standing up for what you believe in. You are outspoken and honest and I really like that. One knows where one stands with Penny and that is something  very important to me. She is also willing to hear other sides of the same story and reevaluate her position, a sign of maturity and open mindedness, great traits, with style to boot! 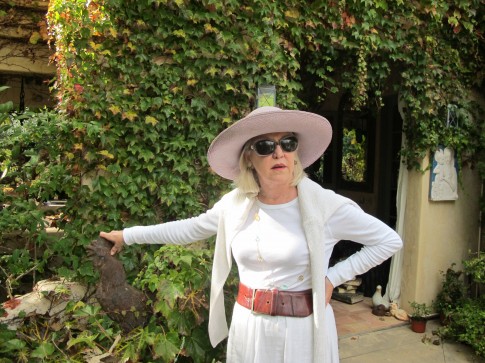 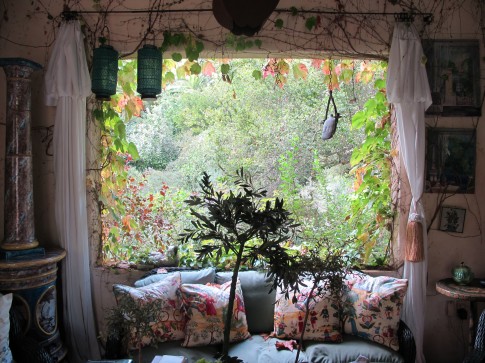 A room in her house.  I could do a whole blog on it. House Beautiful just did a big piece on her. Every part of her house is enchanting. 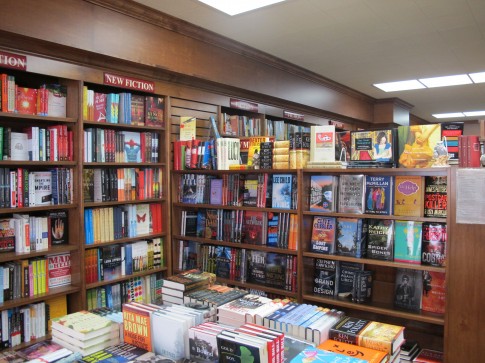 After lunch Penny and I made a stop by Tecelote Book Store. This is where I used to get my books.  It was fun to leave off a galley of one I had written. 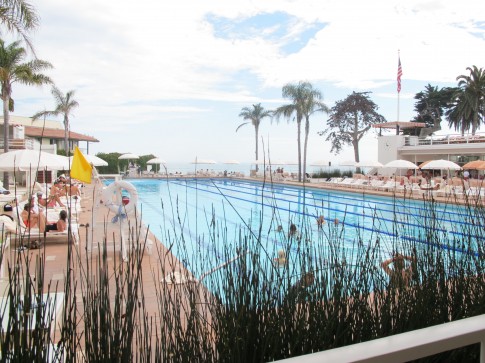 This is the pool where many Santa Barbara kids spent all their free time and maybe some time that wasn’t so free. It was always pretty but not this pretty.  I put this photo here because it leads into my next encounter.  The summer of my junior year in high school I was doing laps and I saw a guy swim by. He was wearing plaid turnks, bubbles were coming out of his nose, but that happens when you swim and I instantly fell in love. It was the first time I was ever in love and there is something about that first love that is like no other. I suppose because it is the first time you are aware you can feel that way. That life changing moment when your feelings for someone else become the engine of your life. His name was Jan DeWitt. Luckily he fell in love with me too and we were together for two years. He always had a really sweet nature.  I went on to have such complicated romances and troubled relationships but he was the first and easier then any one would be until I met Glenn. I found him on Linkedin. I really wanted to see him again. He is exactly the same person he was when  I last saw him. He told me that on the phone. But like all of us even he is a bit mellowier, though he was always pretty mellow 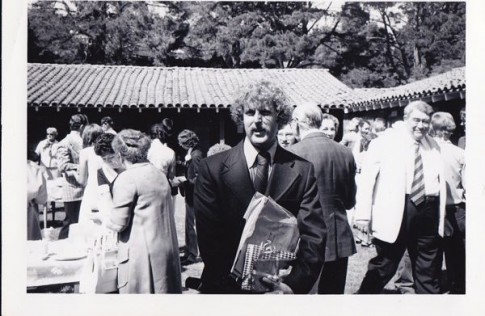 Jan DeWitt at my high school graduation. See Glenn I really did graduate from high school! 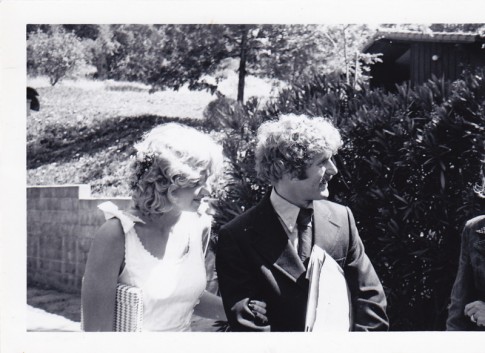 Now when Lucy saw this photo she said she thought Jan looked like Will Ferrell.  When I told her about this trip she said ” Are you going to see Will Ferrell?” 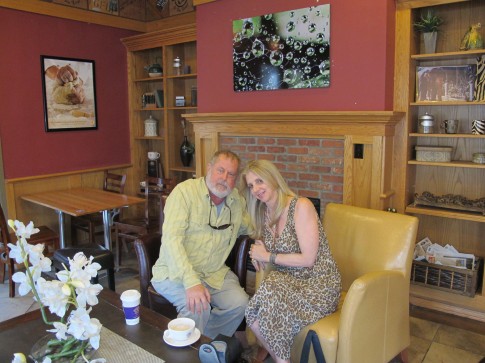 Last night my friend Maria Bushkin who I reunited with earlier in the year  (we have been in constant touch since ) gave a dinner party for me. She invited people we went to school and grew up with. Maria left school early, really early like 7th grade to become one of the world’s top riders but she has reconnected with so many people she went to school with even though it was brief.  Like myself she is sort of reliving part her childhood she feels she missed.  She gave a swell party, great food, her husband Derrick is a gem and did the dishes so we could talk. Maria has turned into the best friend. She is smart and loyal and full of good advice and truly an empathetic person. Another instance when I say thank you Mark Zuckerberg. 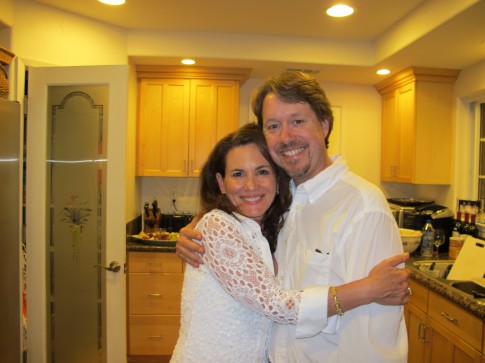 I was really excited to see Tracy Burnell. Tracy and I went all through school together. It was a very small class and there were three Tracy’s.  He was Tracy B. I was Tracey J and there was Tracy H who I am seeing this week. It was quite odd in  class of like 16 to have three Tracy’s. But last night I think Maria said “Tracy B would you please get the wine” and he and I looked at each other and went Oh god, it had been so many years since we had heard that and it zoomed us both back to the fifth grade.  You kind had to be there to get it,  and you had to be one of the Tracy’s who were reduced to an initial.

We were never that close in school, perhaps we found it confusing, the name thing and all. I forgot to ask him if he thought I was popular. I have to get over this Mean Girls obsession. But he has turned into a really nice man. We spent much of the evening talking. He was one of the real surprises of this trip thus far. I haven’t thought about him much in the last thirty five years, but I was really impressed with who he became. Great catching up Tracy B! 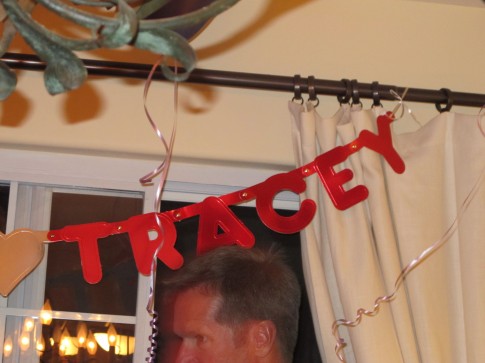 Maria really went all out and she put up a Welcome Tracey sign and she did not put an initial after the name. Since I am the only Tracey with an E I knew it was for me. Plus she told me it was.

I drove with Danielle Welch and we got to catch up coming and going. I totally crashed when I got back which is why  I churned out a twelve word blog.

So this morning I was up early and met Margarita Fairbanks for coffee. Now Margarita is someone who I did go to school with but we were not close, we knew each other and then after we graduated we saw more of each other as we were both Polo Club girls. We reconnected on Facebook and made a plan to get together.  She was so enthusiastic, and she did the sweetest thing, she actually called me to set up a time and I remembered she always had great hair so I asked her where in Santa Barbara one went to get one’s hair blown dry these days and she not only told me but made an appointment for me. That is nice.  We were going to meet for an hour this morning ended up staying two, our lives intersected at so many points we were talking over each other and around each other and at the same time we had so much to get in.  I can’t actually talk about what we talked about so you know it had to be good. 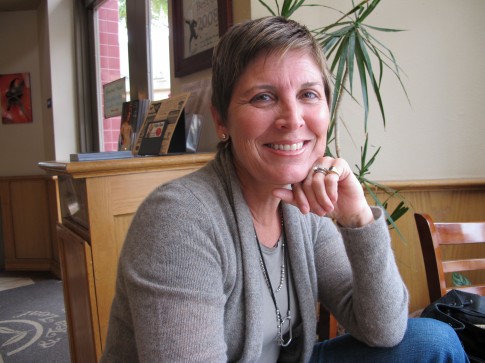 OK well, today is Blake Snyder’s birthday, he would have been 53. I am in touch with his mother on a regular basis and we decided that we should have lunch together today. It’s a hard day for me and a much harder one for her, but we figured we would have brunch at Lucky’s here in Montecito and make the best of it. And the truth it we did.  We hadn’t seen each other for a long time, but she has known me since I was two and we had beyond a lot to talk about. I know Blake would have wanted us to have lunch and wherever he is I know he was watching. 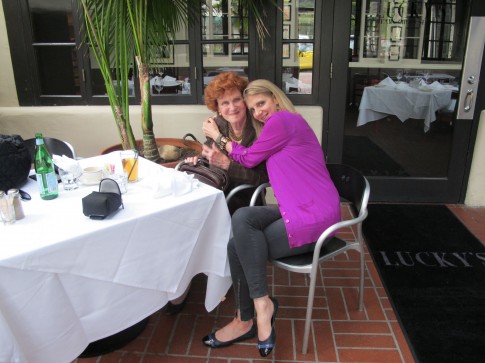 After lunch we were joined by our old friend Jim Haggin who is worthy of about ten blogs. Jim is the funniest person I have ever known and I don’t take humor lightly, so that is really saying something.

The three of us went over to the cemetery to see Blake. 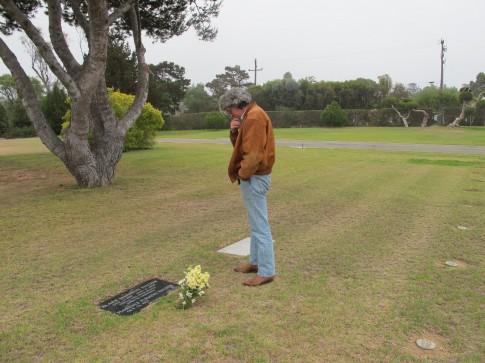 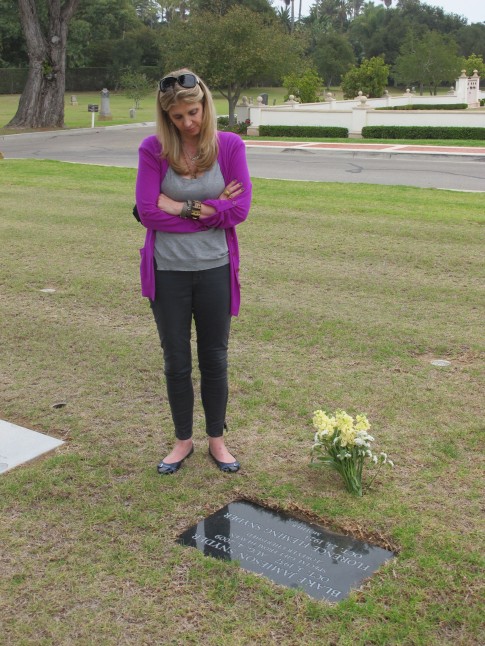 Afterwards Jim and I went back to Lucky’s for a drink. 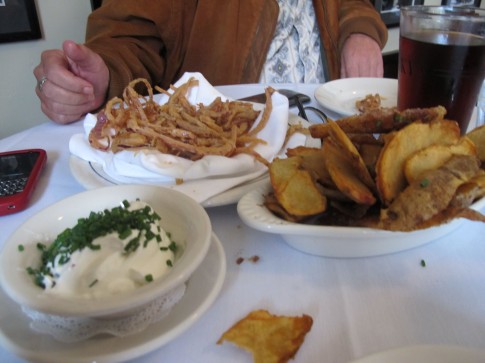 And some healthy snacks! 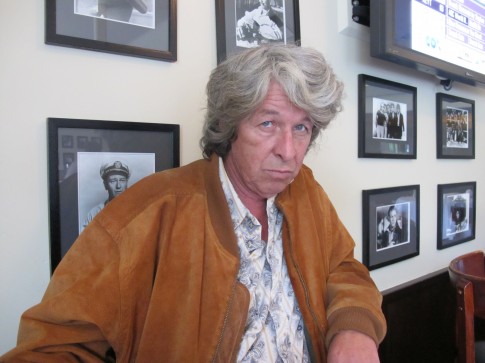 Being it is Blake’s birthday the most appropriate, respectful and reverent way for me to end this post would be with this. 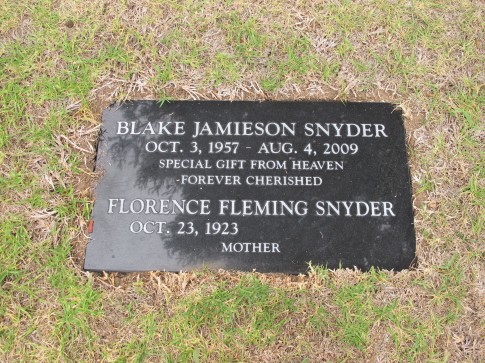 But if Blake were here writing it with me or giving me advice he would say “Bummer ending Tracers, you can’t go out on that.” 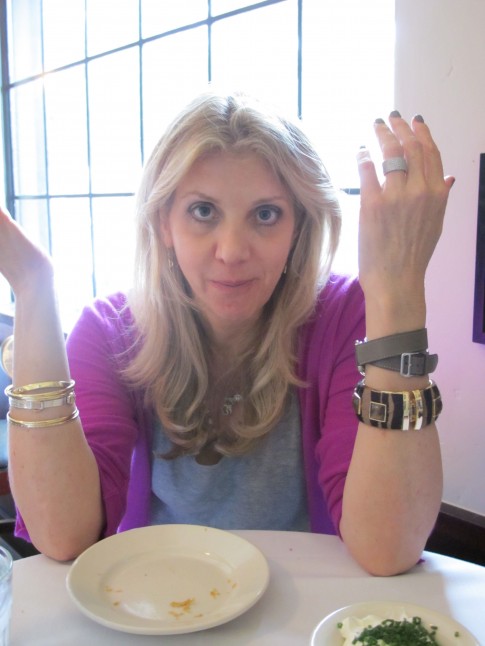 Go out with the goofy shot ~ The secret to  life is you have to think of it as a comedy even when it’s not!

Tomorrow Palo Alto and some quality time with my cousin Lorraine Fox who I have not seen since I was 8.