I believe in full transparency in blogging. I tell you when things go well, like our time at PS 101 the other day. And I recount the sordid details of events like being thrown out of my father’s home for no reason other than his abject cruelty. The great thing about blogging is no matter what happens you get a blog and often better blogs come from total busts.

I believe in full transparency in blogging.  I tell you when things go well, like our time at PS 101 the other day.  And I recount the sordid details of events like being thrown out of my father’s home for no reason other than his abject cruelty.  The great thing about blogging is no matter what happens you get a blog and often better blogs come from total busts.

I am on another plane, on my way home from another state I had never visited, Michigan: having spent the night in another new city, Troy, and having Sandra Schmandt get me another friends and family rate a yet another Marriott Hotel.

I made this 24-hour excursion for a good cause that was put together by two dedicated women with an important agenda and for what I think they assumed was going  to be eager audience.

Deanna and Judy head up the non- for- profit Tri Community Coalition, whose purpose is to educate and inform the parents in three suburban Detroit towns of many of the sinkholes teens can fall into.  Their primary goal is to inform parents about  drug and alcohol abuse.  But they read my blog on Just Say No to Spring Break on HuffPo and invited me to come to speak to their coalition.   I thought this was a swell idea. First off I’m a big believer in the cause and few people, nobody in fact has ever asked me to speak about it.  I think more parents should be informed and say no and I was really impressed enough parents felt the same way they would show up for an entire evening devoted to this.

They said they hoped to get between seventy-five to as many as tw0 hundred people.

So with my now trusty Rimowa carry-on, I headed for Detroit. I was met at the airport by Judy Rubin, which was very nice as I am seldom met at airports. I think Vanessa in Savannah was the first person I hadn’t paid to meet me at an airport in decades.

Judy seemed a little nervous, but I would quickly learn that is her nature. I spent much of my time the last 24 hours telling her every thing was all right. I did find out there was an independent bookstore, called Book Beat in Oak Park, one of the communities that makes up their Tri-Community Group. She kindly stopped there so I could do my now well -rehearsed book dance. Another store, another state, another galley. 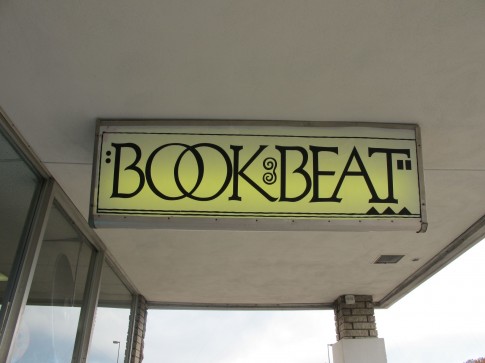 After a lunch where we got to know each other a bit she dropped me off at the Troy Marriott.

I had three hours to kill. I kind of wanted to see the area, but that wasn’t possible without a car.

You know how Annie says, “You’re never fully dressed without a smile” Well you are never really alone with the Internet.

Before I knew it was time to put on my carefully chosen outfit.   I had taken everything out of my closet the night before and tried on twenty possibilities before a three year old, black, felt Michael Kors yelled out “Tracey of Troy.” I think whenever you stand in front of an audience you should make an effort.  You should also always take two pair of pantyhose.

The whole way to the school where the event took place Judy was fretting that nobody would show up.   I figured this was Judy being Judy, even though I’d only known her for five hours.  I couldn’t imagine  they would have flown me in, put me up and paid me if they weren’t sure they would have some sort of turnout

We got to Berkley High; a sitcom worthy looking school and the parking lot was deserted.  But the lecture wasn’t to start for a half hour. The carless lot sent Judy’s worry meter into over drive. She was then truly convinced no one would show. We went into the auditorium. It was really nice, there were two guys they hired to video this, they really went all out. By six-forty -five no one had arrived. I finally realized the chances were slim that many would.

The principle of the school Dennis came in, he said there was a lot going on; parent teacher conferences, a swim meat and an orchestra contest that could not take place the night before due to high winds. This was a real school~ school; right  out of Sixteen Candles, which are four more candles than people who showed up to hear me talk.

Judy was devastated. We went into the bathroom and I comforted her. She felt badly for me.  She felt badly that her event was not being attended. She had to feel badly they invested money in this. I told her not to worry about me I was fine. I thought about telling her about my parents and if I could get through that, a small attendance was nothing, but I decided to stay on topic. She asked if could I talk to so few.  I told her I could talk to one. And that as Bob Fosse used to say, “It’s Showtime Folks.”  OK, I left out the Fosse line.

After a brief introduction by Dennis and Judy I went up and did my bit with as much enthusiasm as if there were two hundred.  I did have to alter my lecture as I had planned one part where I would bring two moms up on stage and have them improvise a dialogue between a teen begging for spring break and a mom saying no. Yes Virginia, I had choreography. But I realized that if I took two out of the audience that would only leave ten and the truth is if you take the twelve people two of them worked for the organization, one was the principle and sort of had to show up, which takes you down to nine, one was the former head of the coalition, so that means 8 actually showed up to hear me.  Taking two and bringing them on stage would have left me with six.  I moved on to Q and A.

The odd thing was at the end a woman from the other coalition group asked me if I would consider coming back and doing the same thing for her group. Either she had really low expectations or she small numbers are the  norm for them.  I told her,  Judy and Deanna in the future they should start doing these as online chat sessions and Skype in people they want to be the experts and it would save them so much money and a lot of aggravation.

After the lecture Judy dropped me off at the hotel.  It was only nine. I wasn’t ready for the evening to be over so I did something I rarely do,  I went to the bar alone, my Michael Kors dress and me. I thought I would sit there and maybe flirt with a salesman from Nebraska and then tell him I was happily married and go to my room early by myself – just to spice up the night.

But, the World Series was on, there was no one who wanted to talk. So I had a glass of Merlot and made a movie of myself.

This caught the attention of a guy who looked like my former husband’s Uncle Wayne who was 78 14 years ago.  I took my iPad and went to my room and checked to make sure the planes were taking off in the high winds. They were, Tracey would soon be leaving Troy.