I landed in Seattle at noon today. I stopped here because I wanted to spend some time with former neighbor and best friend Susan Stoltz Davis. 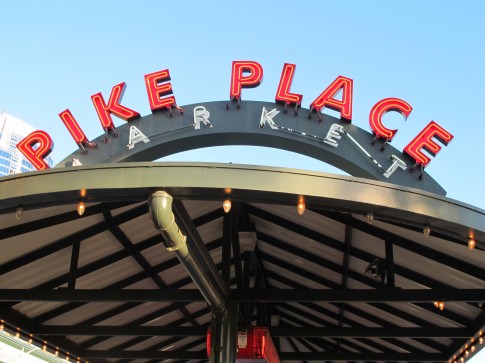 I  landed in Seattle at noon today. I stopped here because I wanted to spend some time with former neighbor and best friend  Susan Stoltz Davis.

Before I get to her I have to say I forgot how gorgeous this city is. It just sparkles and has the most wonderful energy.  I was here once for two days seventeen years ago so I don’t know it all.  But it’s got several things I love ~ it’s clean, love clean. It has amazing coffee everywhere. 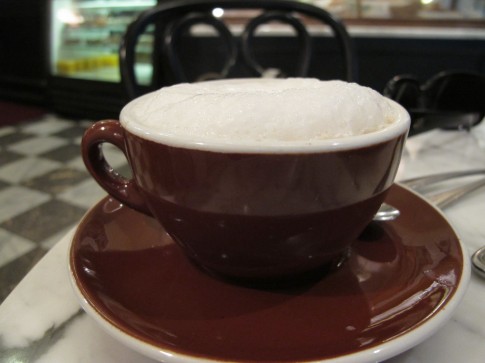 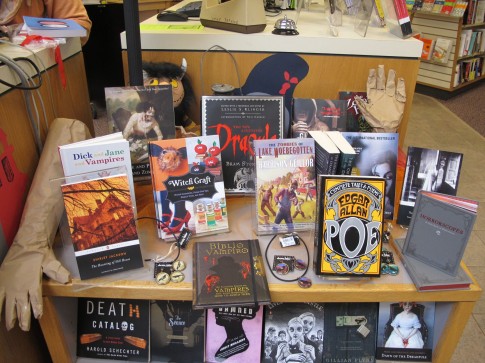 And it has Susan 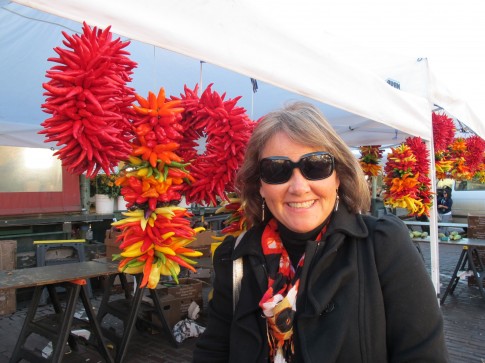 I went straight from the airport to Bellevue to University Books. Bellevue is quite a place, all those Microsoft dollars supporting the real estate, it’s very impressive. 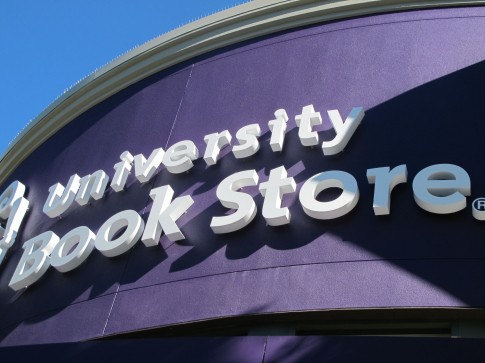 I then literally dropped my bags at the hotel as I had one hour before I was meeting Susan and I figured I could get two bookstores in. There are eight all together here so that is a lot to cover in two days along with seeing old and new friends.

This room looks a little different than the last three. I’m at the W so it’s happy, hipster.

I got another really wonderful cab driver. 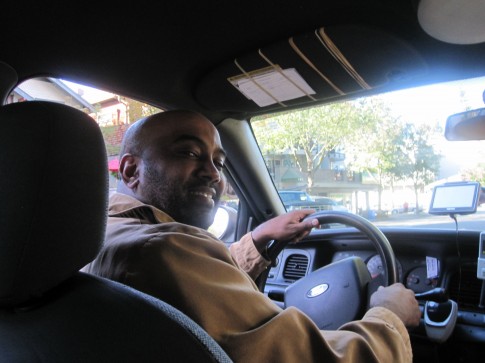 This is Nagi who is originally from Ethiopia. I like to mention these men as they really go out of their way to help me.  They let me keep the cab, they wait for five minutes at each stop while I go in. New York drivers would so not do this, they would throw me out and scream at me. I have been blown away by these guys and their willingness to help. Thanks to Nagi I managed to stop at 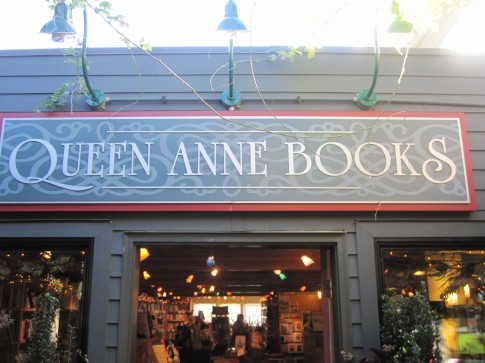 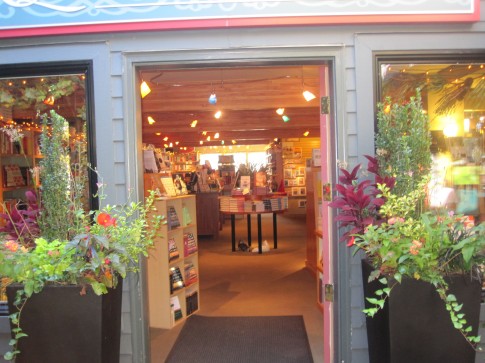 Queen Anne Books which is  a little jewel box of a store.  And Elliot Bay Book Company. 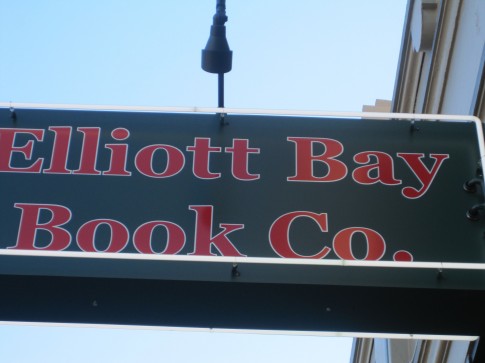 The book people here are as warm and receptive to authors as any I have found. They love books, books and coffee, two of life’s staples.

I raced back to see Susan. We had not seen each other since her oldest daughter Emily was two. Emily is now a senior at the University of Arizona. And the second I saw her it was like not a day had passed. Susan is someone I spent serious time with growing up. She lived down the street and I would say from age seven until fourteen we were really close. We never had a fight and split up, we just became teenagers at a certain point and I moved across town.

Even though after fourth grade we were in different schools, we played together constantly. She has a much better memory than I do and remembers minutia from our life that is astounding.

At dinner I asked her what ten things she remembered the most vividly about growing up together.

1) Mrs. Harding’s fourth grade class we did a production of You’re A Good Man Charlie Brown and I insisted on being Lucy. BTW this is something I would go on doing for the next seven years.

2) She remembers telling people in the fourth grade I was Jewish and getting in trouble for it.

3) My grandparents taking us shopping at Robinson’s and buying us lots of things( so my grandparents) and her mom said they could not do that anymore.

4) She remembers when we got robbed and my mom was away and I was with my grandmother and it scared her. It scared me too!

6) She says I always wanted attention.  Imagine that.

7) My babysitter Normy. Who was like a second mother.  Truth is  a  first much of the time.

8) My mother telling her to wear sunscreen

9) Me being unpopular. SEE someone else remembers. And that in the 7th grade she defended me.

The things that stick with us!

TEN THINGS I REMEMBER ABOUT HER

1) That her mother was always home after school and would give us snacks.

2) That we would ride our bikes to the mall on the weekends and eat at Jack In The Box and buy make-up.

3)  That she only ate lemon merengue pie, spare ribs, pizza and peanut butter and honey sandwiches.

4) That she was always smiling.

5) That you could always count on her.

6) That she would always defend me.

7) Spending the night at her house and sleeping in sleeping bags.

8) The summer we were 13 and spent all day every day at the beach  body surfing fearlessly in ten foot waves and then eating frozen Snicker bars.

9) That her mom always smelled like Sea and Ski. 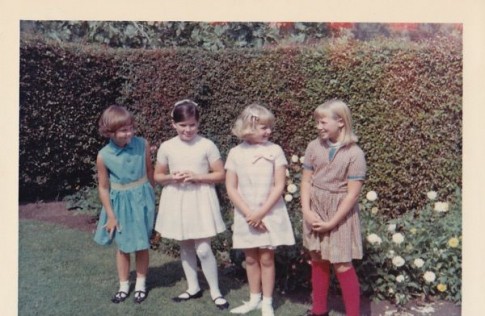 Susan on the far left.  It’s not hard to find me. 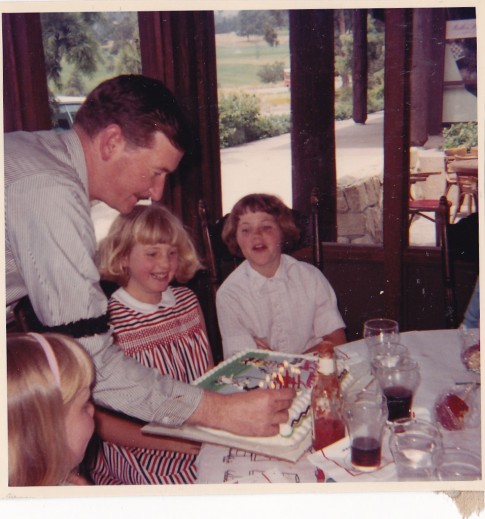 You can tell she was my best friend since I sat her next to me at my birthday party. 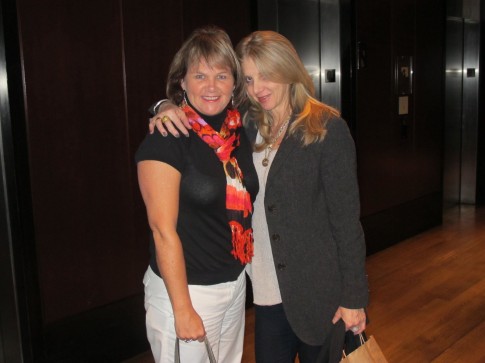 Tonight in Seattle. It was so good to see her. She hasn’t changed a bit. OK so there are a few more candles on our cakes.

PS – It’s one in the morning and for the life of me I don’t know why the 8’s insist on coming up as happy faces. But I can’t fix it. Maybe it’s the universe smiling because Susan and I have reunited. And 8 is my lucky number.