While I am originally from LA and lived half my adulthood here, there are all sorts of parts of my life old and new that I discovered in the last twenty four hours.

While I am originally from LA and lived half my adulthood here, there are all sorts of parts of my life old and new that I discovered in the last twenty four hours.

Last night I had dinner with Carl Anthony. Now Carl falls into the category of people I haven’t met but know from the blog, He actually came off of Glenn’s list and is one of the  foremost historians on the first ladies. Now when I hear the words historian and foremost authorities my mind instantly draws a picture of a portly, middle age man with elbow patches, perhaps even a pipe. Our emails back and forth never did anything that would make me think otherwise and we have been communicating for several months, Carl is extremely polite in the way that a certain type of gentleman usually is, thus perpetuating my image of the paunchy, middle age professor. We promised to meet each other IRL as soon as we were in the same city. So last night I was ready for my dinner with the stock character “historian”  I had envisioned.  You can only imagine my surprise when a convertable Ford Fairlane pulled up with this at the wheel. 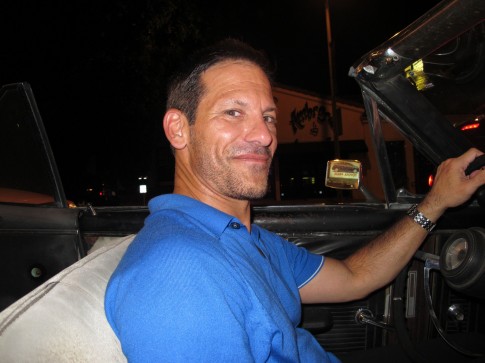 We went off to dinner at the SoHo House where we could still be chatting had we both not had work to get home to. He is too much fun, so smart and lively, full of great stories and thanks to my blog a new friendship was born. I think everyone needs an historian who looks like this in their lives.

This morning brought another new person into my world and this was totally a case of one blog connection hooked up to another connection gives birth to a whole slew of super things.  I am addicted to a website and Twitter  page called Tiny Buddha. Those of you who know me well  know I retweet them, I forward them, I  post them on my Facebook page. I even had the great honor of writing one and being a Tiny Buddha myself a few weeks ago. So I was beyond excited this morning when I got to have breakfast with the Tiny Buddha in person.  Much like with Carl the historian, before I saw a photo of The Tiny Buddha aka Lori Dechene, I had a preconceived image of what a daily Tiny Buddha might look like, perhaps a short, plump, balding man, who maybe if not being serene and wise could pass themselves off as an historian?

Ladies and gentleman meet Lori Dechene aka The Tiny Buddha and let her tell you how her amazingly popular website was born. And I think after this I will stop imaging what people look like before I meet them. Who would expect The Tiny Buddha would be this young, this cute and wise to boot?

Today for the most part was a day of people who have come into my life because of the blog which is also part of this Face to Facebook journey.

There are also people from my family who I have not seen in over forty years who appeared in my computer and thus back into my life thanks to the blog. As many of you know since I’m not silent about it I not only have a tiny family, non existent in places, but there are members who for a variety of reasons I won’t get into I haven’t seen in decades.  About six months ago a small  group of them appeared as I had messed up part of their family history in a blog and they wanted me to know what was true and what was false. So six months ago I got an email from my – oh god- he spent so long trying to explain this to me today and now I think I will mess it up again, the husband of my second cousin once removed, I can’t begin to figure out what that makes him and it’s to late to call and ask, but nonetheless Bob Fox sent me an email telling me I had a lot of misinformation I was broadcasting. I was happy to hear from him and fixed it all in the next day’s blog.  But this back and forth online  would not have happened without my blog and it brought with it  a whole part of my family I had not seen in over forty years. It not only brought  Bob and my second cousin once removed his wife Valerie back but their daughter ~ now I’m going to totally drop the thread of this ~ hell, I’m just calling her my cousin, that’s what I want her to be I don’t have any and I don’t care how many removes her official title may have , but to me she is my cousin Lorraine , who I am actually going to see this week.  She and I have developed an ongoing online communication and I can’t wait to see her.

But today I went and had lunch with Valerie and Bob and that was very special. It’s hard to describe why and I’m not sure I even want to.  Valerie is my grandmother’s sister’s daughter. I adored my grandparents. We had lunch in a restaurant I used go to with my grandmother all the time and it was just a wonderful, wonderful encounter. Too many years have gone by, it’s shame though it’s not any of our faults and  all too complicated to even explain. But thanks to the internet we are all reunited again. I got to their house at twelve thirty and we got up from the lunch table after four.  Some things are too close to the heart for even me to share, but suffice to say being with them today gave me a great sense of family and connection. 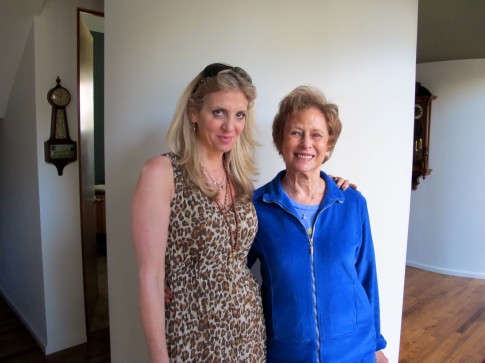 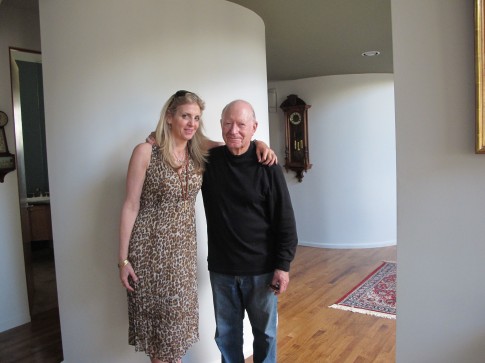 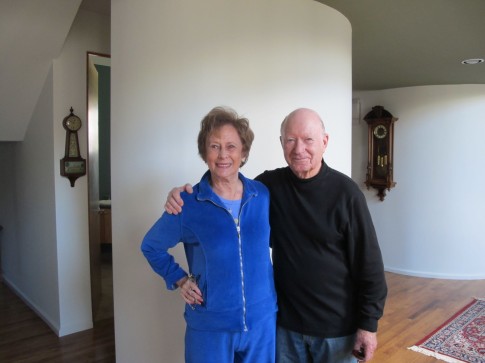 Valerie and Bob Fox ~ I think they have been married fifty-five years. If I’m wrong Bob will email me and tell me the right number in the morning and I will correct it.

By the time I got back into Beverly Hills it was five o’clock I had time to make a quick stop at Book Soup. 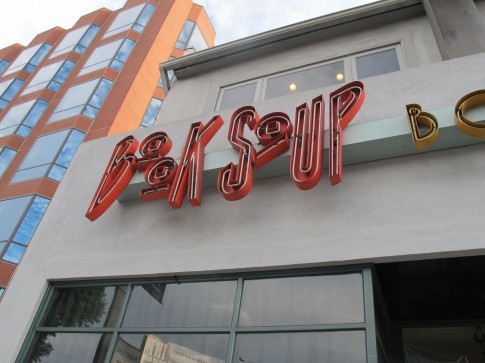 And then rush to the SoHo House to meet my old friend George Goldey  and his wife Karen. George and I were figuring out how long we have known each other, and he came up with 1972 when he went to UCSB and I was in the eighth grade.  He looked at me and said you were so young to be hanging out with us. And I was, but we had fun. We then all lived in NY at the same time in the 80’s and the fun continued. George and Karen were at my first wedding and I used to see them when I lived here in the early 90’s but it’s been a good fifteen or sixteen years since we spent any time together. And they hadn’t changed one bit. And like most everyone else on the adventure, we reconnected through Facebook 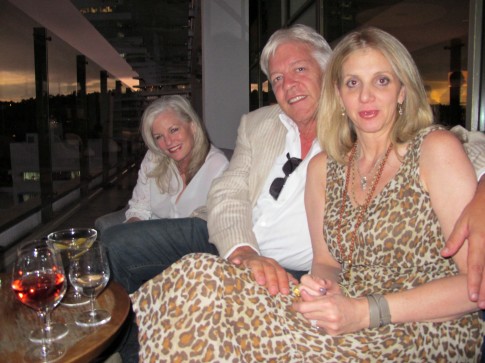 You know Mark Zuckerberg is taking a lot of hits at the moment but I  am very grateful for what he created.  And I read the book and I don’t think those big twins had much to do with it at all. See the movie and you’ll know what I mean. 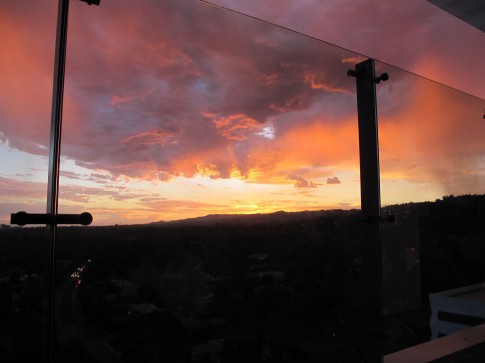