The first day of my Face to Facebook tour took me to Savannah and Hilton Head. 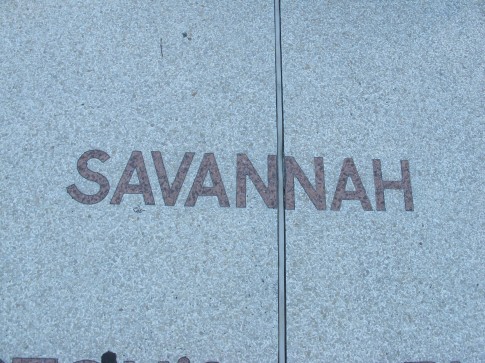 Day one of the Face to Facebook trip started with an early morning flight to Savannah.  Glenn and I debated how long it would take to get to La Guardia. For the first time in our marriage I told him he was allowing too much time, but do to the UN and Obama and all the diplomats in town, every street seemed to be blocked off. I made it just on time and leg one went off smoothly. 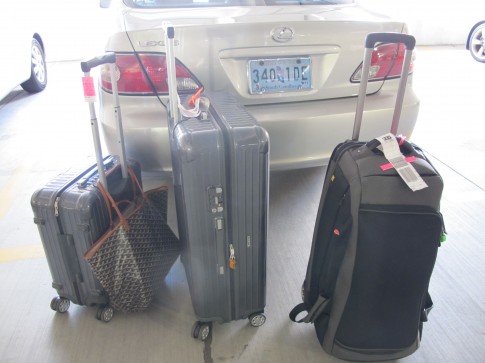 One person, 17 days. I’m trying to travel light.. When I checked in the Bellman asked how many of us there were. So I guess I failed. One suitcase is all galleys and gifts.

Why am I in Savannah you might wonder. Well, I’m actually in Hilton Head but the plane landed there and I came down to see my friend Vanessa Reid DeFries who I went to high school with. This is the us at 17. It’s our yearbook pictures. The reason she has them like this is I think she was head of yearbook. I clearly wasn’t. Anyone who wears an evening gown in their yearbook photo was clearly not head of yearbook. Not sure what I was thinking at the time. I didn’t even have a catchy lyric from Cat Stevens or anything on my page, just my signature. I like Vanessa and her dog, unless she borrowed the dog but I don’t think so. I will ask her in the morning. 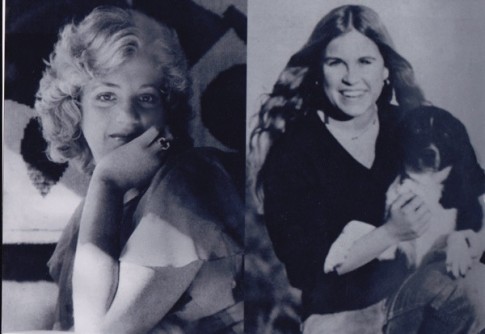 I am going to try and have some little story to share about everyone  I see. The thing that stands out for both Vanessa and myself in our mutual memory bank is the fact we started smoking cigarettes together. We smoked our first cigarette together, went on to sneak them throughout high school between classes. And I remember a class trip to Mammoth where we went out and bought a pack, 35 cents if you can imagine, maybe, maybe they were 50 cents,  and we smoked the whole pack in one night so no one would find them. I seem to remember smoking two at one time. So for both of us, we sort of look at each other and see a full gown Marlborro Light.

Since we no longer smoke, the first thing we did after she met me and my nine thousand pounds of luggage at the airport was drive into town and stop at Famous Mabel’s. We were in search of  ice coffee. Not sure why I thought this would be the place.  Mabel Francis Potter’s Cupcake Emporium.

We got there and found out two things, one is the ice machine was not working so there was not ice coffee. But once I saw these ice coffee suddenly did not seem so important. Dee, who runs the shop and is Mabel’s granddaughter told us that The New York Times, and several other food reviewers have voted her yellow butter cream cupcake the best in the country! Please, what were we to do. It was a total  ” When in Rome moment.” and I have to agree it was the best buttercream I have ever tasted. 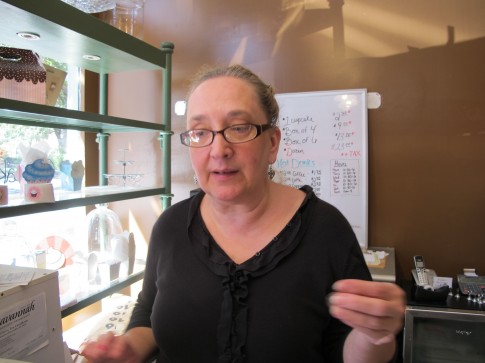 Famous Mabel’s granddaughter Dee. Once we were fortified with our cupcake,( we shared it) and found a Starbucks down the street we headed off to John and Ginger Duncan’s book and print shop, not to mention their amazing townhouse in Monterey Square.  John is an historian about all things Savannah and Charleston. He has taught in colleges, gives tours and is the perfect guide. He actually stayed on the phone with us as we got slightly lost in one square and had to weave our way to him. He and his wife Ginger are the epitome of southern hospitality. This introduction was made for me by my friend John Berendt who is sort of Mr. Savannah to the world.  Only having one day,to really see as much as we could, having John and Ginger was a great gift . And it was  a treat to meet them. 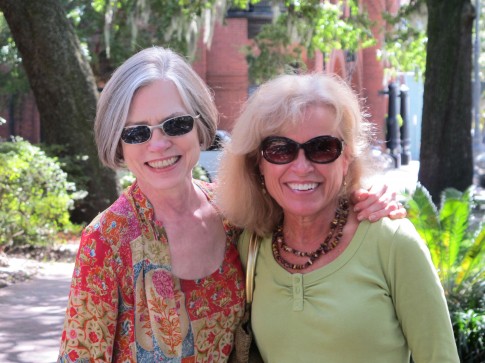 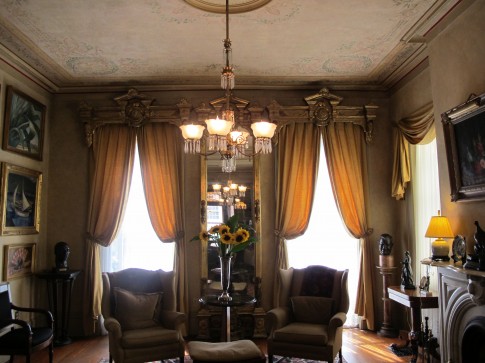 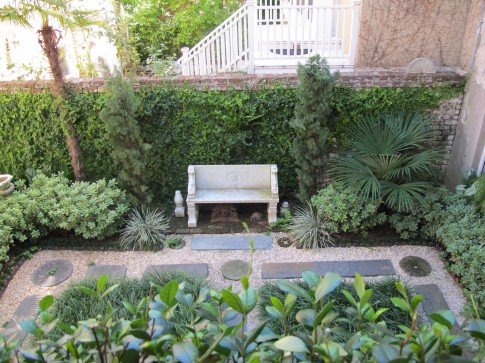 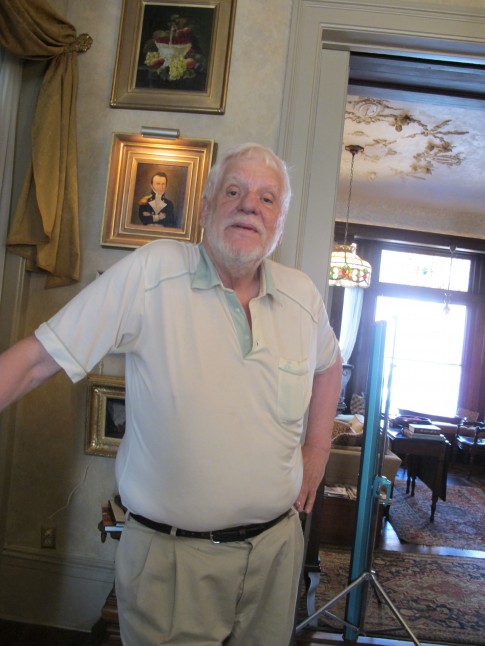 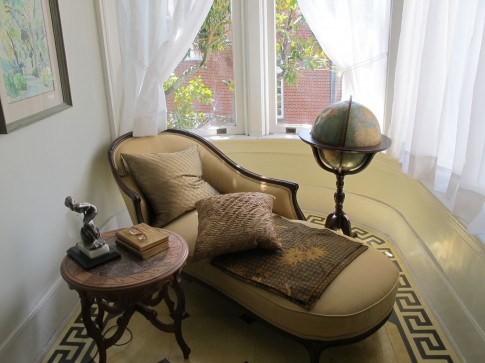 I love this nook. I wanted to curl up here with a book and maybe another one of Famous Mabel’s cupcakes. 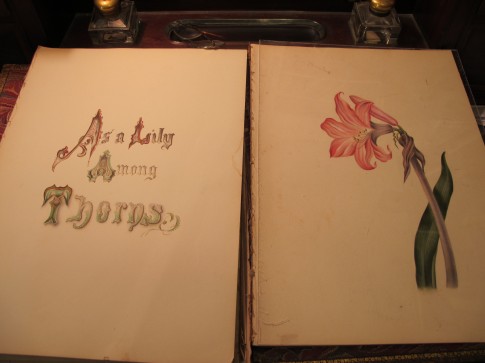 Though this is in their house. John and Ginger deal in material such as this along with old books, prints and new books dealing with the history of the area. 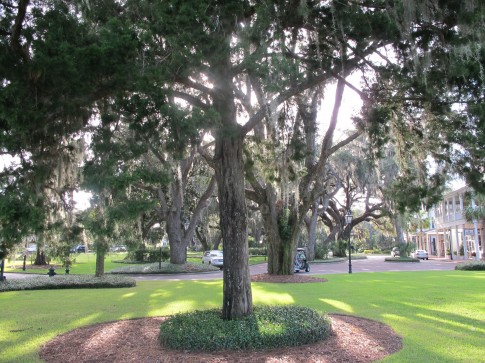 A few of the many squares that make up Savannah.

After John showed us the house and the neighborhood Ginger walked us over to E. Shaver Books. The bookstore of Savannah. 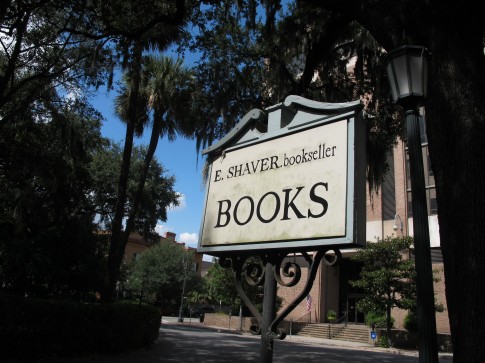 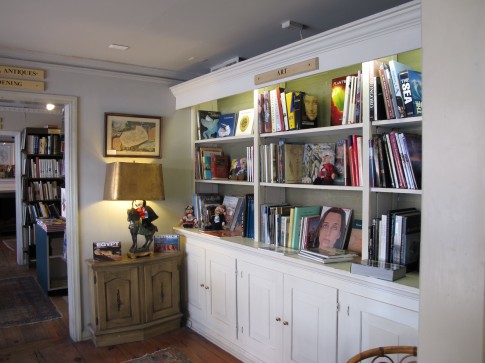 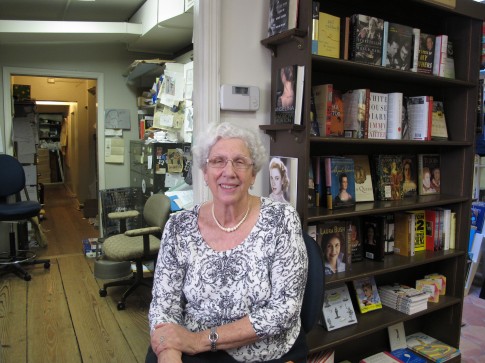 This is Ellen Buck who works at E. Shavers.  She must be a fixture in the community as everyone who came in knew her. She gave me some good advice about what the best Savannah cookbook would be for me. We agreed there is nothing worse than starting to make something and it requires an ingredient you don’t have. There were so many books to choose from. The shop has just about everything and room after room of books. I could have stayed for a few hours, but we had to go catch our 2:50 tour of  The Mercer House. 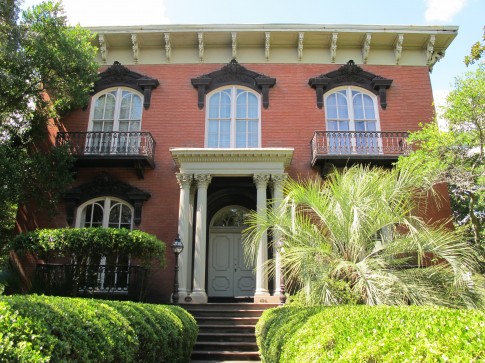 The Mercer House made world famous by John Berendt’s book Midnight in the Garden of Good and Evil.  Now both Vanessa and I  were disappointed in this tour for many reasons. One being you only got to see the downstairs. Two the guide who was  the kind of gal who if she were not doing this could be a prison guard would only talk about the art and the furniture. She never got near any of the  juicy stuff that went on in the house, which let’s face it is what people show up for. And then she carried on and never mentioned the book and talked like Clint Eastwood had discovered the place. I wanted to ask her where exactly the murder took place but she scared me too much and I don’t scare easily.

I have no pictures of the inside of the house as we were not allowed, we were ordered to shut off our cell phones and all devices, it as a very serious tour of four rooms in a mansion. I wanted to see the Fabarge but was later told it’s all gone. But the town itself is so enchanting and the warmth of the Duncan’s hospitality made it a great day. 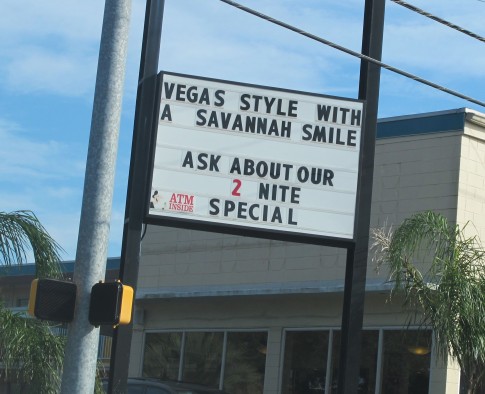 We saw this sign on our way out of town. It’s the kind thing that if the photo were taken by Karl Baden would be amazing. But I did the best I could with my limited skills from a moving vehicle.

We headed back to Hilton Head where Vanessa lives and passed through some extraordinary southern countryside, from huge houses on perfectly manicured golf courses to the road side trailer parks you do not really see in the East.  I have spent next to no time in the South so for me everything was new and exciting. 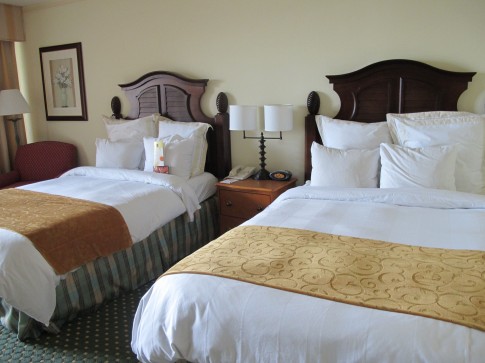 The now obligatory shot of my hotel room. 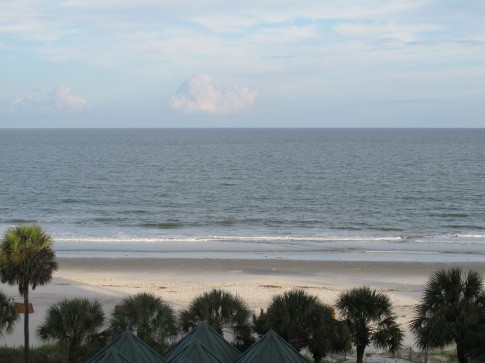 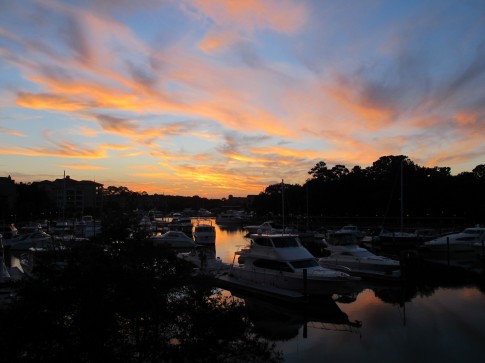 Great end to a great first day of my adventure.