Day four was full of adventures. Some I will blog today and some I will talk about tomorrow.

Today was really an extraordinary day.  It was full of events, and emotions and visits to wonderful bookstores, the hospital and  visiting my old boyfriend not to mention getting lost  on the way, literally not metaphorcally. It had so much in it, I really can’t do it justice now as it’s midnight and I must get up at the crack of dawn to catch a plane to LA.

I just left Sandra who gets the award for great friend behind the wheel.  This is a big city and we must, well she must have driven three hundred miles today just dragging me around so I could visit parts of my past.

I will write a long blog about today’s events on the plane as tomorrow is a travel day for the most part.

And I am too tired to really make a coherent anything right now, I will share some photos to give you an idea. Sometimes even bloggers conk out! 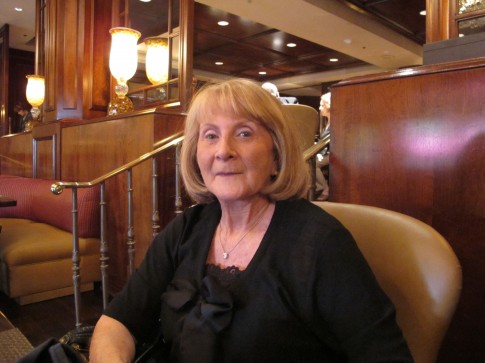 The day started with breakfast with Eleanor Arlook. She is my manager and good friend Richard’s mother. I hadn’t seen her in years and it was great to catch up. 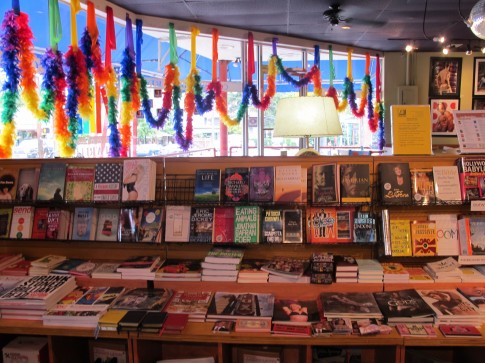 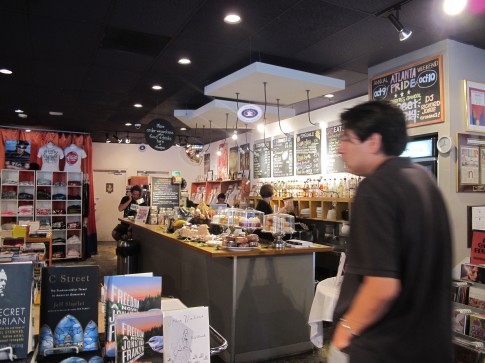 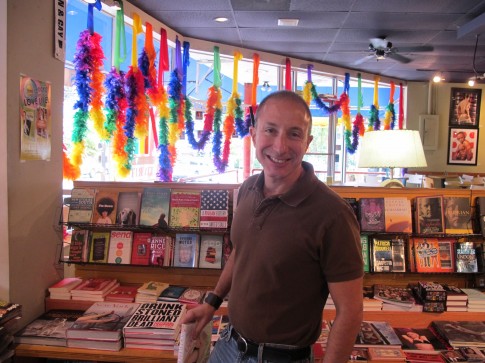 There are not many independent bookstores left in this country and I’m a big believer in supporting the ones that we have. Atlanta has two really wonderful ones,  This is the Outwrite Bookstore and Coffee House. It’s got a great vibe and it’t the kind of place if I lived here I could see myself spending a lot of time in. This is Phillip Rafshoon, the president and general manager. 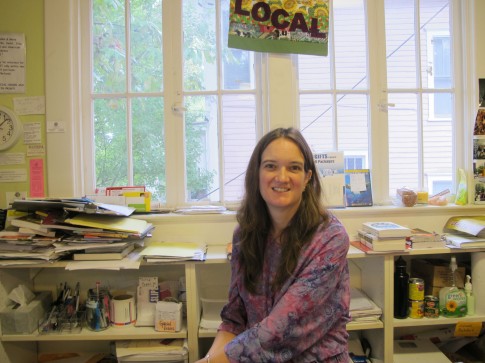 This is Sara who is one of the owners of Charis Books And More, which is “Atlanta’s only independent feminist bookstore”  It’s been here since 1974 which is quite an accomplishment. 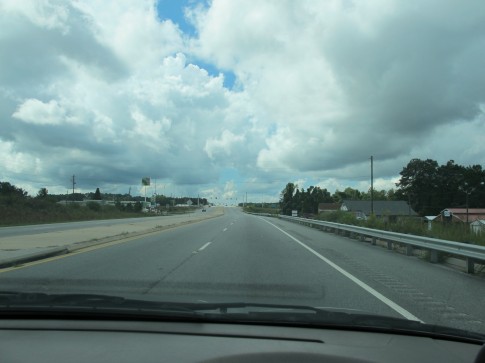 After the bookstores we hit the road to go see Patrick Terrail in Hogansville. What should have been an hour trip took us two and half.

It was around the time we spotted this sign that we realized we were on 75 South instead of 85 South. I wasn’t worried as Jackson is my name and 8 is my lucky number. 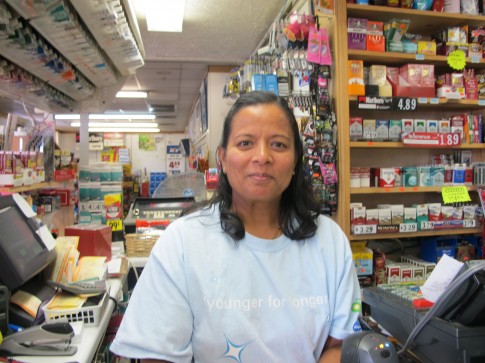 This is Mina from Gujarat. 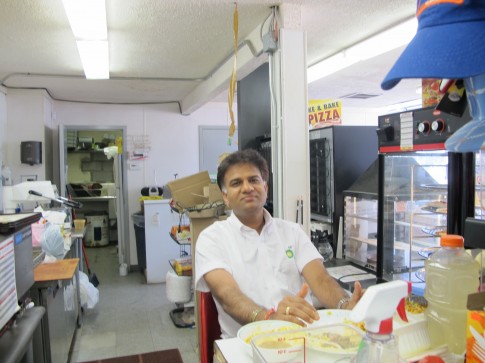 This is I’m assuming her husband Mikail. I didn’t ask if they were married. But finding them in the middle of Georgia was very comforting to me. We talked about India and he gave us directions to Hogansville. He told us we were way off course. 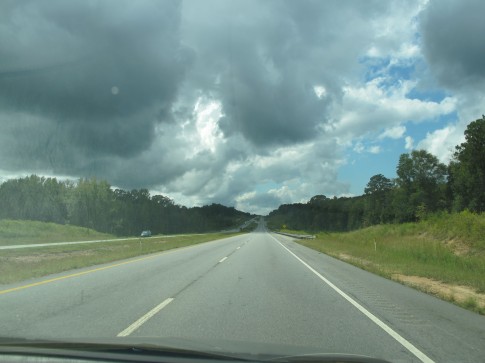 We got turned in the right direction, but a storm was approaching. 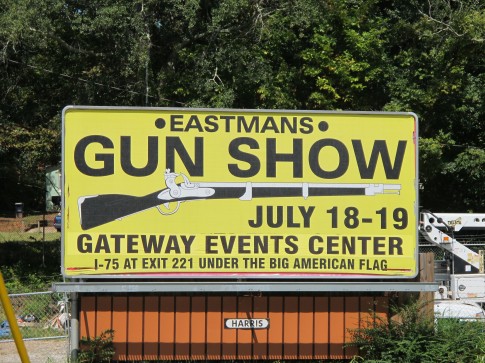 This is the kind of thing you see in the south you just don’t see up north. It amuses me and creeps me out at the same time. I was really creeped out when I checked my blackberry and found out that some group called Second Amendment, Gunsonline is now following me on Twitter. Me thinks I’m going to block them. 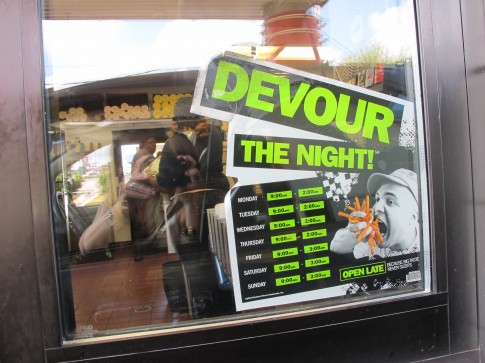 By two we got hungary and stopped at a place called Checkers for burgers on the go. I liked this sign in the drive through window so I took a photo. 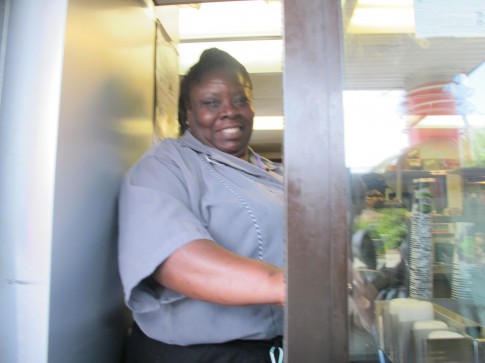 This is Barbara she works at Checkers she was not happy at first and wanted to know what I was doing with my camera pointed in her establishment.  I told her I liked her sign. She was happy then. I think she thought Sandra and I were health inspectors. 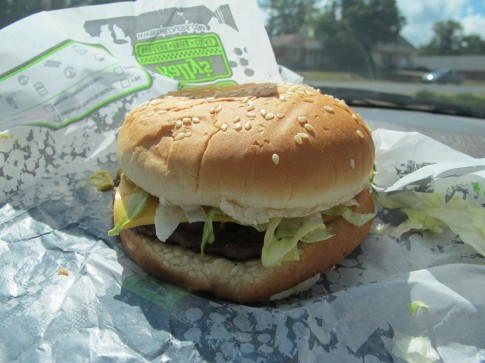 This is a checkers burger for those of you who might not have seen one. 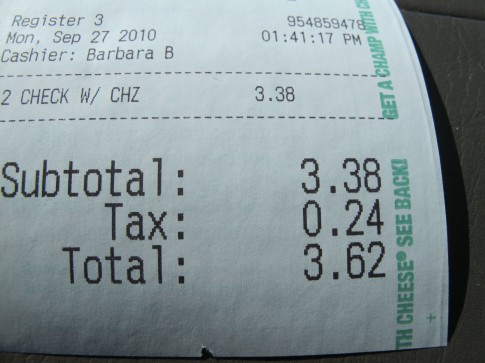 This is a check from Checkers. Now this was a first for me. I have never seen a  lunch check for two for this amount. At least not since Sandra and I were 14. 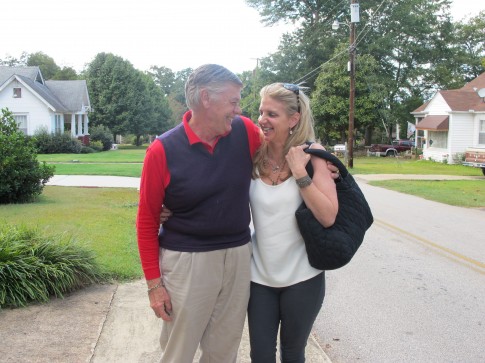 We eventually made it to Hogansville and Patrick’s house.