The day started and ended perfectly and everything in between was just as good.  I woke up earlier than I wanted  as I had ordered coffee for 7:15 which makes no sense since I was writing until two. But I opened the door and there was the sweetest Indian face, Ajay from Bombay. I said what are you doing here? I didn’t actually know him, though I do know plenty of Ajays in Bombay.  He said he was working in a hotel program and would return  to India prepared for a good job there. Not sure he was clear as to why I cared. Here was this half asleep woman with mascara all over her face telling him while the view was nice it was no Arabian Sea, and then I showed him the Ganesh next to my bed I travel with and he  squealed “Ganesh my god,.”  We namasted and he left. It is in these moments my family thinks I am truly insane, but since they were not here I could just enjoy it. And I knew the day was off to good start.

Now this trip is about many things, I have several agendas though I usually do. One is I’m in search of finding out certain things about my past. I remember being very unpopular in school pretty much from my first day until I graduated. I just spent a half hour in the car with Vanessa debating this. She swears I was really popular. I do not remember this. She was really popular, she does not remember this. She was a cheerleader and dated the most popular guys in school. I had to go into the community  at large to find my mates and they were older. I was also never a cheerleader.

What do we  really remember from our pasts?  How much is true and how much do we assume and then cling to for years? I am very interested in this. I still attach myself to the notion that I was deeply unpopular and I grew into someone who can still be very unpopular in certain settings but can rise to the center of the popular circle in others.  I think no matter what Vanessa says I will always believe that. But I will ask around as I continue on my travels.

Vanessa BTW was not on yearbook, those pictures are together because she took them out of the yearbook. She was editor of the paper. She also said we got in trouble for cheating on a math test and ended up in the headmaster’s office. I don’t remember this either. Though she got in trouble for me and a fellow named Tom looking on her paper and stealing her answers. She is so sweet she would not even own that. She said she didn’t know who was at fault.   But it had to be as she went on to Stanford and  I flunked math twice and went on to drama school and dating Eurotrash.  So the popularity question may be up in the air, but my mathematical skills are not..   She did not want me to blog this, but I assured her that anyone who could get her in trouble is dead and no one from Laguna Blanca is going to come punish a 51 year old woman for maybe cheating on a math test in 1974.  But that tells you a lot about Vanessa’s character, she has a lot of it and perhaps a tad of paranoia – but who doesn’t?

This is what we did today…we sat around and drank things and ate things and got pampered and walked on the beach and talked a ton about our pasts and then had a great dinner and talked more and if I  didn’t have to blog and leave in the morning I would still be in her car debating the math test and popularity issue.

We vowed this morning that we would have people take pictures of us together all day today as yesterday we failed to do so. 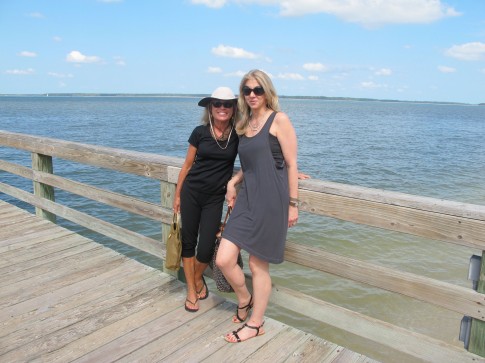 Our first stop was a shopping plaza with a dock on the other side of the island. I had heard there was an independent book store there, there was, it’s not longer open. 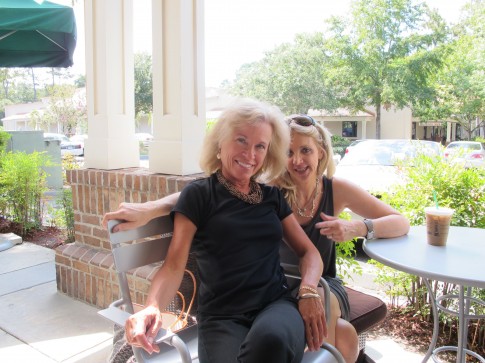 Then we ended up at Starbucks – this photo was taken by a guy called Chuck. We chatted with him for awhile.

Then we went to lunch. We were not going to have this wine. But Vanessa’s friend Judith Costello who runs the JCostello gallery here in Hilton Head came by and joined us. She ordered a really good bottle of Groth Chardonnay. Hey, we had no where to go. 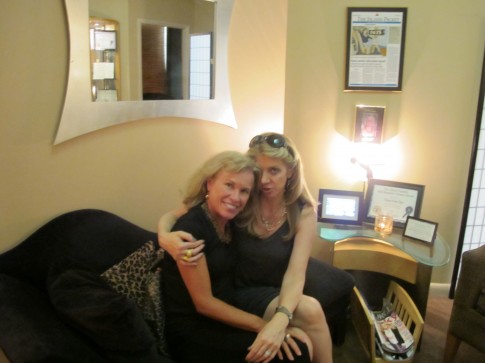 We did have somewhere to go, thanks to Marianna Williams suggestion we booked a spa treatment at the popular FACES spa here. It’s owned by Patricia Owen who really has an amazing operation. And I’m very picky when it comes to these things.

After our treatments I could have taken a nap, but Vanessa said. “We must go walk on the beach.” I’m glad she did. It was beautiful and good exercise. 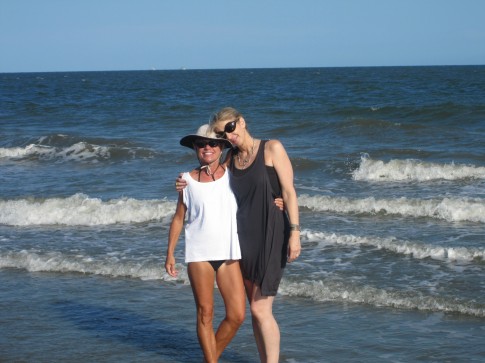 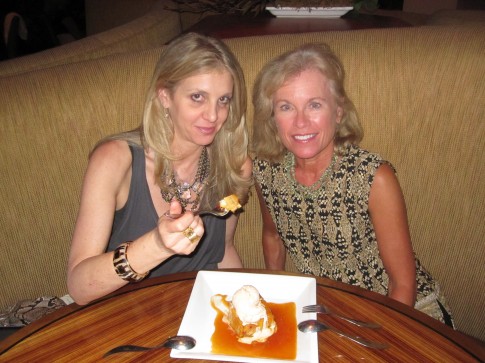 Did we have a dessert tonight. The photo doesn’t do it justice. It was a sweet potato bread pudding with caramel sauce and get this cinnamon tabasco ice cream.

I had such a great time with Vanessa. It’s quite amazing when I think about it, the last time we spent this much time together we looked like this and were smoking. 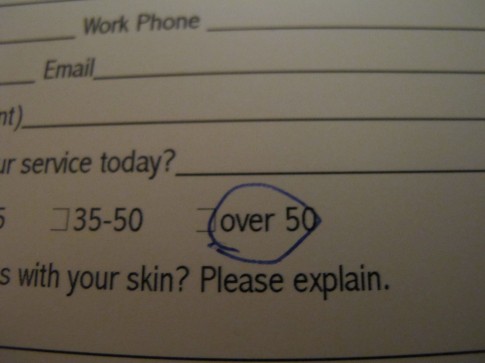 I would very much like someone to please explain how that happened so fast.

Take off a few days ~ go see someone you haven’t spent time with in years. It’s great. And you learn so much. I totally forgot how much I cheated in on math tests.

Thank you Vanessa for a wonderful two days and a super beginning to Face to Facebook.

Tomorrow Atlanta where the first person I will see is Sandra Schmandt.  I have literally not seen her  for 37 years.