WHAT IS LA SMOOCH?

This summer in my neck of the woods this seems to be a question one hears over and over again. That and what is that big leopard print bus doing roaming around all over the place?  Well, I did some investigating.

If you are spending any part of your summer on the Eastern End of Long Island chances are you have seen a giant leopard print bus crawling through the streets.

It sort of looks like it could be housing Lady GaGa and twelve thousand of her outfits.

I actually had not seen it nor heard of it until one day last week at where else but the GYM…no..no..no. I’m not going to blog about exercise. I was merely at the gym where I get much of my information about the world at large, when my friend L wandered in with the most drop dead gorgeous, eyes pop out of your head, roll around on the ground with your legs up in the air kicking and screaming, “Let me touch it! Let me feel it! Let me hold it! Where did you get it?” bag.

Now you may think this is an over exaggeration but I am a bag nut, a purseaholic, a handbag aficionado, freak, collector, lover and admirer from afar. I have been this way for years. When I die I want to be buried in a purse.

If you dig very deep in GOOGLE you can find an article about me in the NY Times where I am covered with handbags. It’s an obsession, an addiction and a lifetime hobby. And call me shallow if you will,  but it’s better than crack or martinis before breakfast.

So when I saw L toting this tote I went frigging crazy.  “Where did you get that?!” I screeched. “La Smooch,” she said, as if I should know.  “What is La Smooch?”  I asked. See I am not as hip as you might think as I spend most of time with my back to the garden typing.  Someone more in the know than myself chimed in, “Is that the leopard truck?”

The leopard truck???? La Smooch??? What were they talking about?   I just wanted to know where she got the bag.

L is very quick on the Blackberry, unlike me she knows how to instantly send someone’s email address and cc multiple people and by the time I was out of class I had an email from one Joey Wolffer inviting me to come by the La Smooch on Saturday night. “We will be parked in front of The Wolffer Vineyard from six on.”  she said.

At five-forty-five Taylor and I were in the car zooming towards the Wolffer Vineyard.  Now this was a bit early as we live maybe four minutes from there, but I was on a mission.

We arrived and low and behold there was La Smooch, a giant leopard printed bus that is a boutique on wheels. I have seen a lot in the way of retail but never anything like this. 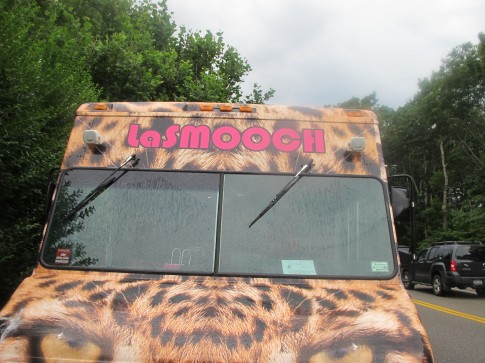 La Smooch is the brainchild of Joey Wolffer and Trish Carroll who gave us the oh-so-fabulous Miss Trish sandals. Joey  has style and retail coursing through her veins as  her mother is from the Marks of Marks and Spencer and her late father started the Wolffer Vineyard. 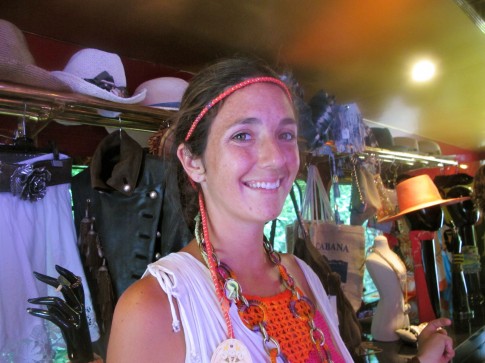 Joey Wolffer the brains behind the concept and the girl behind the wheel of La Smooch.

A few months ago she and Trish decided they wanted to do something different and different it is and  fabulous and fun and filled with the most amazing things; each item has been hand picked by Joey from around the globe. Her one criteria is she does not carry things that others have. So if you get something at La Smooch, you have if not a one of a kind, then something you are not going to find in every store and on every body you walk into. 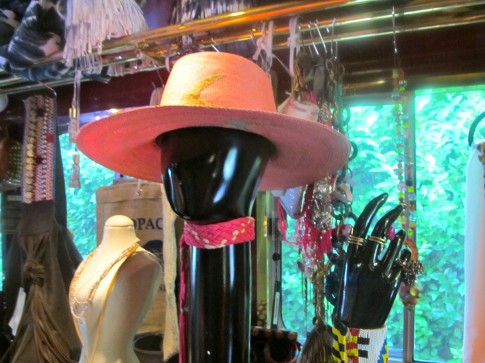 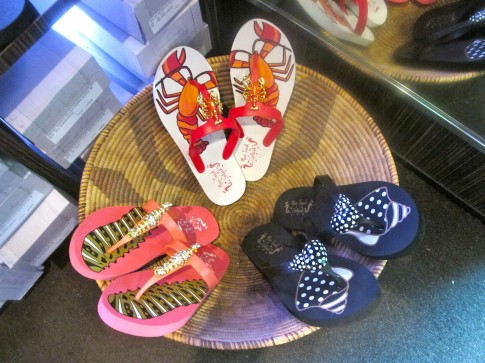 Miss Trish Flip Flops – they sell out. I grabbed that black and white pair. 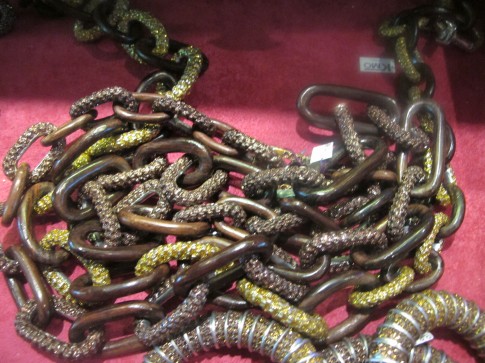 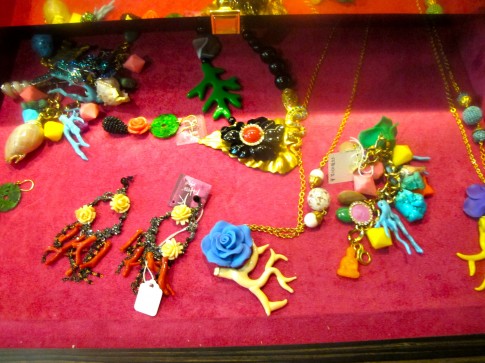 Joey and Trish are so welcoming you walk in and they say “Just play, have fun, that’s what we are here for.” And fun we had and had and had.

The next day when I went back as when you see La Smooch parked on the side of the road it is very hard to pass by. OK so maybe I passed by on purpose, but I was in there just playing around and all of a sudden there was what felt like a monsoon and I was literally stuck in there. I could have left but one thing Joey and Trish don’t sell is umbrellas. So we all curled up on the tufted bench, the details are fantastic and we had a long, long girls’ chat and before you know it we were BFF’s. It was too good.  The place is what Sex In The City used to be. It’s sexy clothes and wonderful accessories only it’s not it the city or the country, it’s everywhere and anywhere  you want it to be as if you contact Joey she will come visit you and your friends; or say you want to have a party, invite all your girlfriends and you can Smooch it up!

I hear they are going to be in downtown New York come fall and Miami during art week.  You are bound to see them. So don’t be alarmed if you see a giant leopard bus, stop your car or your cab or your feet and go in and tell them Tracey sent you, you will be glad you did. 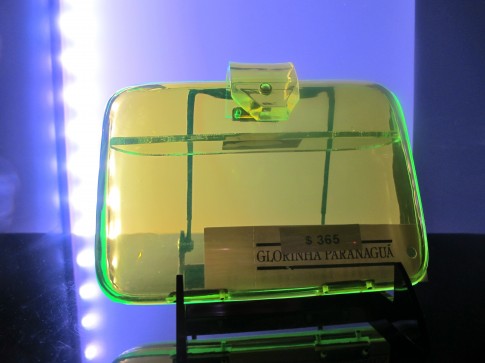 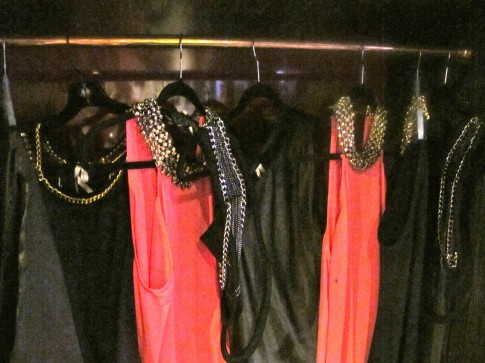 She buys what she loves and very little of each item  It was like L’s bag.  Joey found them in Paris, She only  bought three. Each was hand made. L has hers…someone has theirs and I have ….. 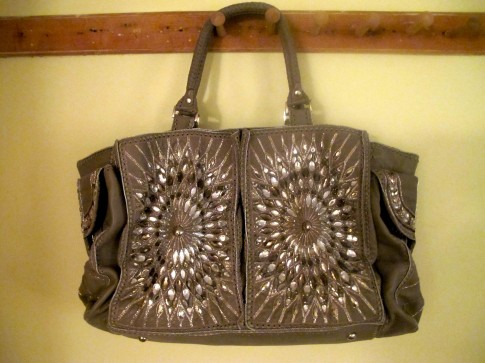 My present for finishing my book!