I finally got to a hot spot of the year in the year it actually opened.

I finally got to a hot spot of the year in the year it actually opened.

This summer the new “in”, impossible to get a table, everyone is going and talking about it:  What do you mean you haven’t been to restaurant is called Navy Beach.  Normally as you know if you read my blog on The Surf Lodge we don’t tend to get to these places until they are so yesterday’s news.  But this summer thanks to our friends Peter Sabbeth and Melissa Green we made it to Navy Beach.

It’s not far from the Surf Lodge, in terms of restaurants Montauk seems to be the new Brooklyn.

Navy Beach is in a beautiful spot on the Long Island Sound.  It’s called Navy Beach because the Navy used to have a base there.

Now they have tables on the sand, pricey mojitos, girls in mini skirts and the young investment bankers who like them.

They also have lobster rolls and a children’s menu.

They have the longest bathroom line since the heyday of   Studio 54.

But they have sunsets to die for. And if you arrive  early and get a spot on the beach it’s a lovely experience.  Even though we ate inside we had fun because of our hosts and the general vibe of the place.

And thank heavens I can finally walk up to people and say, you’re kidding you haven’t been to Navy Beach! 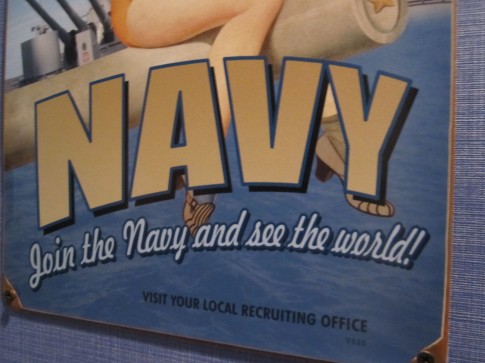 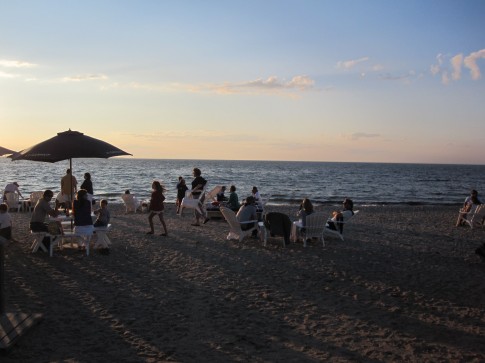 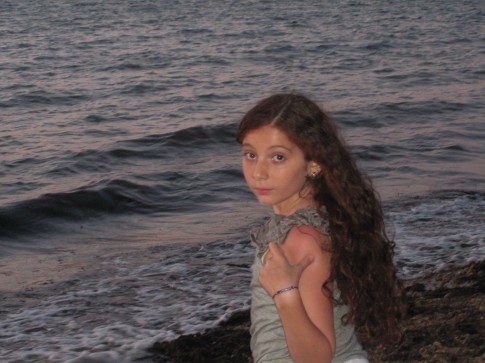