I ALWAYS MEAN TO GET THERE

When it comes to the latest, newest, hippest, hottest restaurants, or clubs I am so out of it. I always mean to get to places. I read about them, rip pages out of magazines or bookmark things online.  I even have a special notebook (I am a notebook freak) where I have lists of all the places we are going to try.  Sometimes I actually do, but often times I wait so long they are either closed or so last year they are empty.  It’s not entirely my fault as Glenn likes about four restaurants where they know his name and he has a table and when he walks in the seas part.  If someone says  “Welcome Mr. Horowitz”  they have his business for life. In fact the other day we did wander into a new place (I will blog it next week) and the man who owns it remememberd us from when he used to work at the Mark Hotel and we ate there four nights a week for eight years until they closed.   But we walked in and two people chimed in “Mr. Horowtiz” they could have served us Purina dog chow and this would have been one our new “spots” Thank heavens the food was great.

Two years ago they opened a place in Montauk called The Surf Lodge. It was apparently the coolest, the most fun, hard to get into, forty deep at the bar, two hours to get a table, fire eating hot spot. Every one was saying, “Been to the Surf Lodge?”  “Can’t come to dinner we’re going to the Surf Lodge” “You’re kidding you haven’t been  to the Surf Lodge??????”

Glenn doesn’t do a lot of surfing and this was not the kind of place where all the waiters were going to chime in with “Welcome Mr. Horowitz” so despite the fact it was written in my  places to go book we never went and like many things I eventually lost  interest as the moment past.

So yesterday two years after it opened, Lucy had a play date, Glenn had a business lunch and I said to Taylor “Let’s go to The Surf Lodge. Hopefully it’s still open.”

Since we are both recording our every move in different ways, me through the blog and her through photography she is pretty much up for anything; and she has never once indicated she wanted anyone to say “Welcome Miss Templeton.”

So we climbed in the car and drove to Montauk. And you know what, it wasn’t  closed at all.  It might not have been packed to the rafters as it was a gorgeous day  and most people were at the beach, and the people who were there were huddled in the media pit watching the World Cup Finals, but we had a great time.

Proving yet again it doesn’t always matter when you get to a place as long as you get there eventually, provided it’s still open. 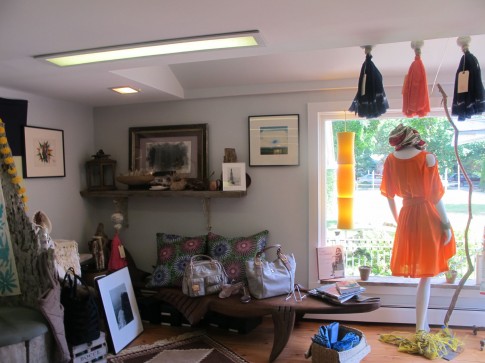