Sag Harbor is a glorious little village. With Taylor taking most of the photos we took a day hitting some of our favorite spots. If you come out there they will probably be some of yours too.

SAVE SAG HARBOR BY SHOPPING THERE! 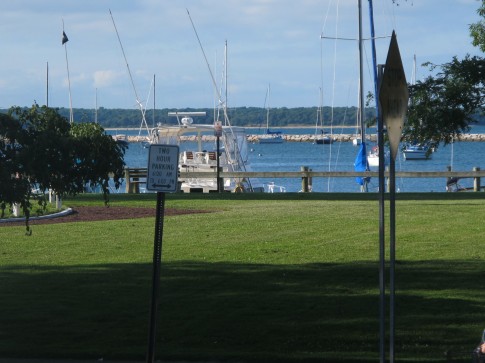 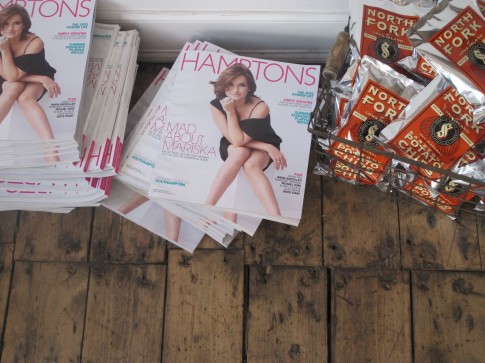 Sag Harbor is the least flashy of the Hamptons. But over the last five years we have gotten to be known for some of the best restaurants and shops. Thanks to the hard work of the SAVE SAG HARBOR Association  we do not have any franchises or  big city stores like the Intermixes, Scoops or Tiffany. It’s still small wonderful shops owned and run for the most part by locals. 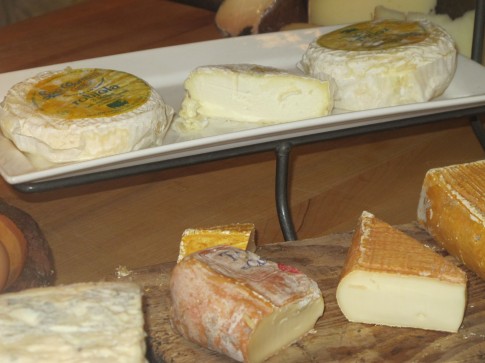 Six years ago Michael and Tracy Cavaniola opened their amazing cheese shop on 114. People wondered and worried how it would survive in the winter months, even though it was a hit from the start and you would circle the block for a parking spot. 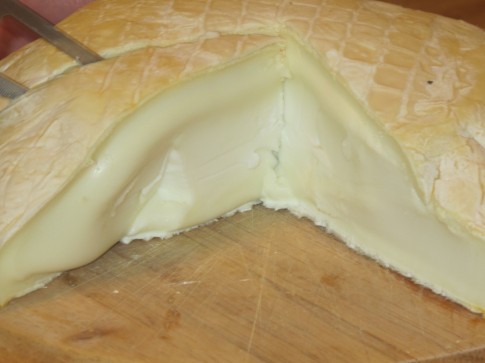 Makes you want to grab a baguette, some rose and go sit on the beach doesn’t it?  Actually I could  just eat the whole thing standing in the shop. 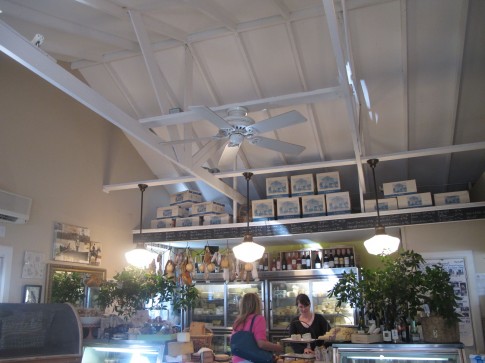 Cavaniola’s has not only survived it has turned into a mini empire spawning both a wine shop and  a gourmet takeout shop next door. 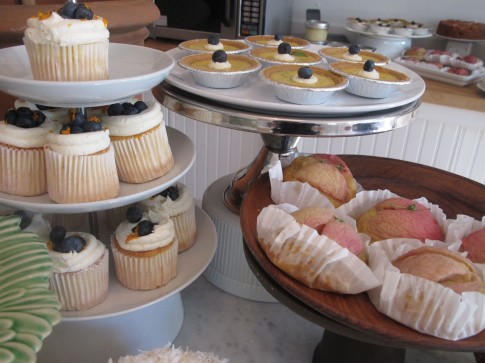 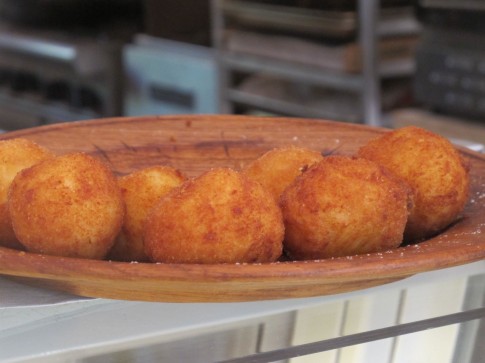 And these perfect arincini. But they are selling — 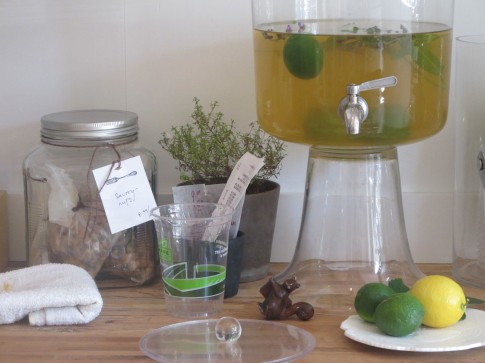 This Bangkok Ice Tea. Which is green tea with mint and coconut. This could cause an ice tea war over the summer as — 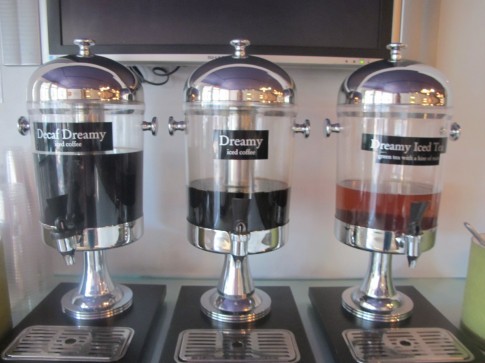 Over at Sylvester on Main Street, Linda Sylvester has been making and selling by the ton her Dreamy Ice Coffee and then last summer added her Dreamy Ice Tea.  They are Dreamy as are most of the things in her shop. I will go out on a limb here and say Linda started the chic shop movement in Sag Harbor. It will be interesting to see which ice tea takes the summer. 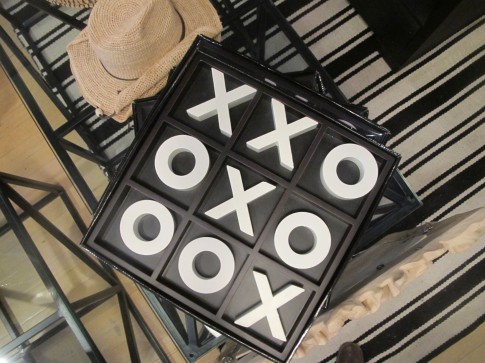 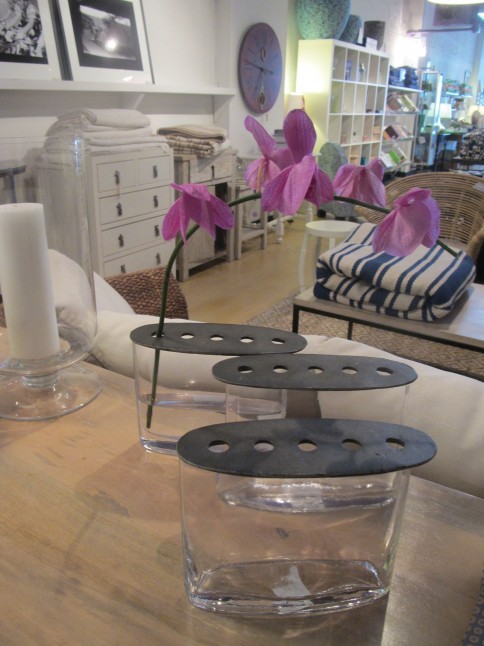 Linda carries everything from furniture to clothes to books and unusual things she finds on her travels. For years she held the cutest dog in Sag Harbor contest. Which ended up causing more problems for her than it was worth as everyone thought their dog was the cutest and would always dis the winner and pester Linda as to why theirs was not chosen. Yours truly can be added to that list. Sometimes I think I bought my dog Ramu just to win the contest. When we brought him back from the airport I said, “If he doesn’t win this summer…”  But by then she had stopped the contest, so we don’t know how he would have fared. 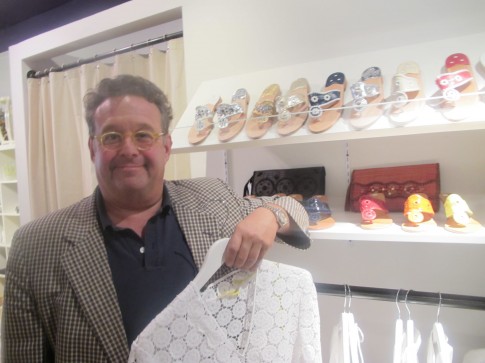 This weekend she had the terrific idea to have a trunk show for Steven Stolman who is now the design director for Jack Rogers. You know those sandals everyone loves? 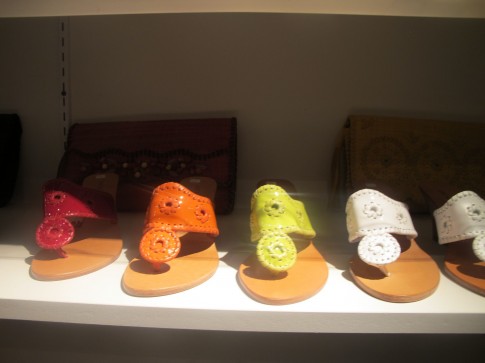 These sandals that have been around since I was a kid? Well he has jazzed them up with patent and kitten heels and wedges and even some bling. He also has a great new line of clothes.   This season they feel  very Babe Paley at Round Hil. And  soon he will be doing that pant he does so well – the Steven Stolman pant, that makes everyone’s body look amazing. I was so happy to see him back with his clothes and I know a lot of others must be too. 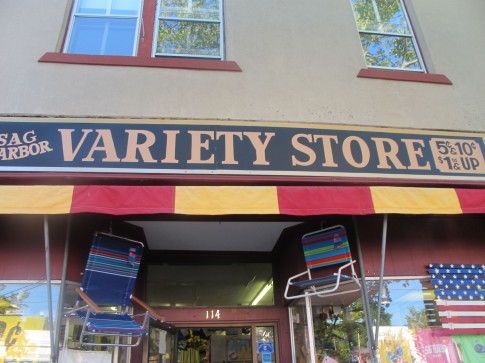 The thing that makes Sag Harbor so special is you can cross the street from Sylvesters’s  having just spent an hour with Steven Stolman and you wander into  a Five and Dime from the fifties. It’s called the Variety Store and it makes you feel like you live in Mayberry only with high end ice tea. 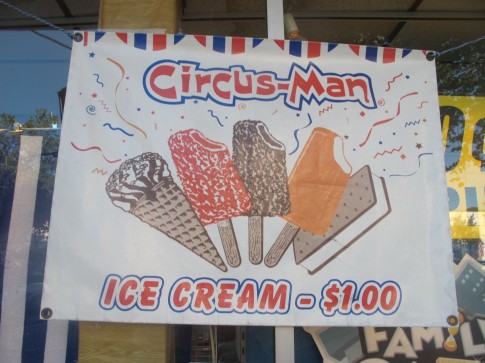 When was the last time you saw that? And the have EVERYTHING. 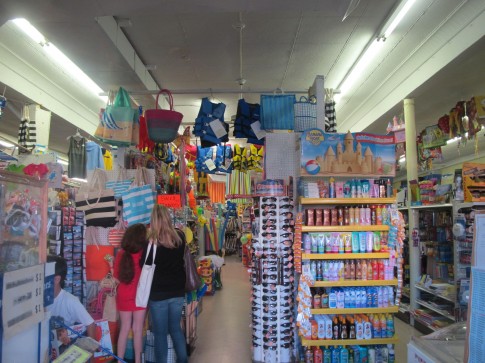 Someone is looking for more SillyBandz……And they have them!!! 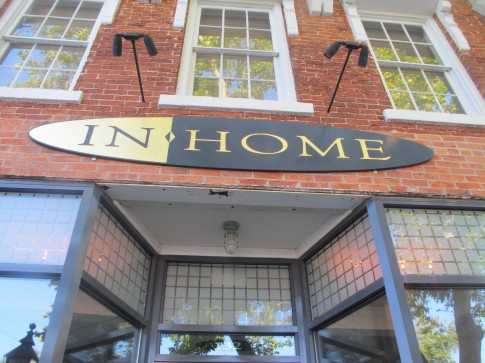 A few stores down is one of my other favorites IN HOME, where David Brogna who teaches design at FIT exercises his great eye for all things that have to do with the home. I get everything from my soap to wedding gifts from David.  He buys so well. 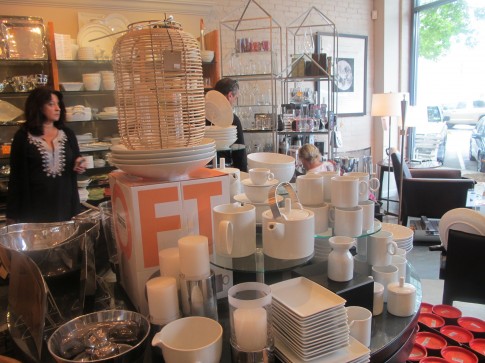 Just don’t come in with your ice tea from either place and if you do put it on the counter before you start to browse. He sells an infuser that smells like Egyptian Linen that – well –  if you go in  just ask for it. It comes in a candle too. I never smelled anything like it in Egypt I can tell you that. 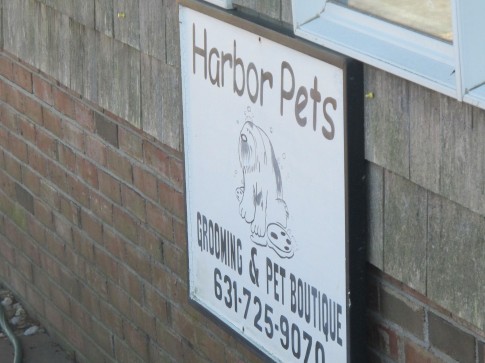 Couldn’t live without it. Everyone knows Alan who owns Harbor Pets. 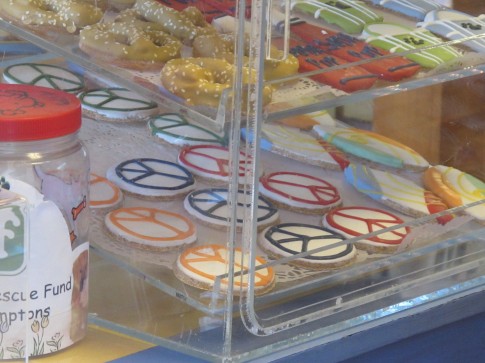 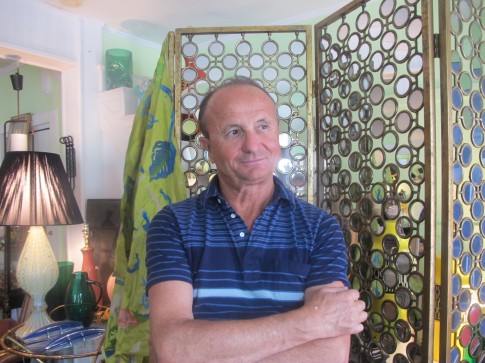 This is Jean- Yves Legrand.  A Sag Harbor fixture as you can frequently find him  sitting in front of his shop NEO STUDIO smoking and chatting. He is always good for a great conversation, plus he has some of the best mid-century pieces around. I have learned a lot  about furniture and design from hanging out with him the last few years. 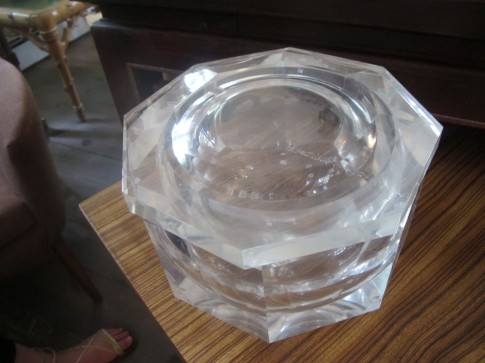 We were debating if this was David Hicks or Alessandro Albrizzi. If I’m really good after I turn in my book Glenn said it could be mine. 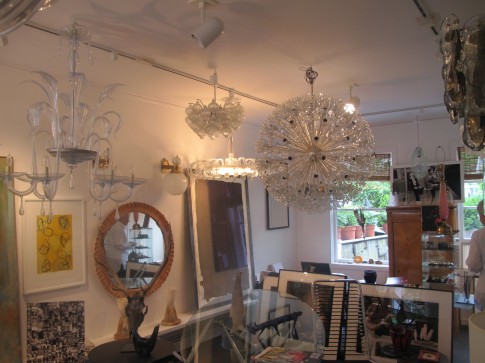 Across the street from Jean -Yves you find Susan Youngblood’s shop, Youngblood.   You can often find them  chatting together. She has some of the best light fixtures I have ever seen, plus a carefully edited selection of other 20th century items – each one a jewel. 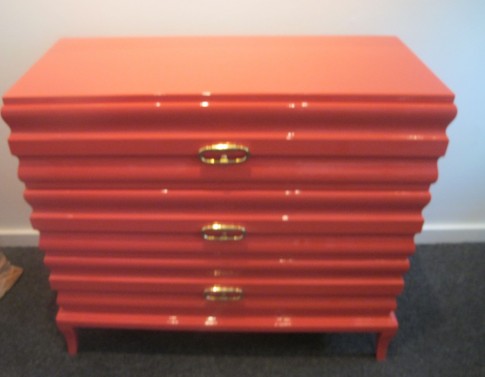 She had this and it’s twin on Saturday. I fell in love.  The ice bucket I can get. These will not be mine. But someone will get lucky. 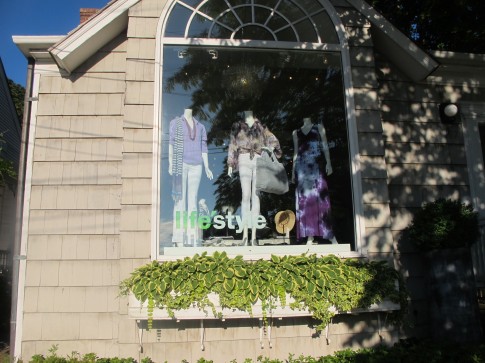 Three years ago Debbie Rudoy opened Life Style and it became an instant hit. I heard a girl in the dressing room the other day on her cell phone saying “I’m in my favorite store.” I had to agree, it’s one of mine.  Not only does Debbie stock great easy to wear clothes she has the nicest people working with her.  Well Henry Lehr over in East Hampton has some swell ones too – like Monica!!!! 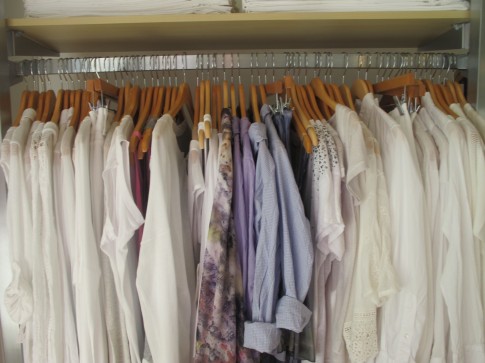 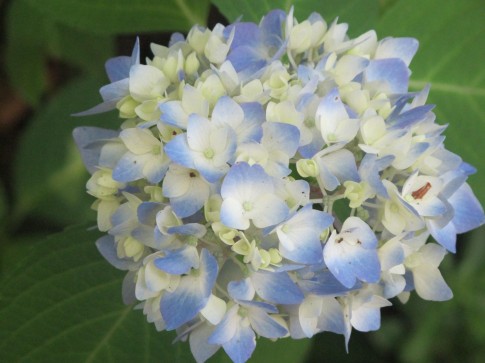 This is my hydrangea. I am a terrible gardener. I suffer from hydrangea envy as it seems everyone on the East End has better ones than I do. My friends Sue Kort and Jody Martini have glorious ones.  I sit and stare at theirs and come home to my sad little patch. This will be as good as it gets for the rest  of the season hydrangea wise for me.   I was complimenting it this weekend and Lucy said look at the people’s across the street, theirs are ten times as big. They were. But Sag Harbor has so much going for it and we are so lucky to be there I can survive with my sad little patch of hydrangeas. I can always wander down to Jean- Yves and sit on his porch and talk about Willy Rizzo tables, while drinking either Linda’s dreamy ice tea or the Cavaniola’s Bangkok version.