With the invention of the internet, email along with our trusty handheld devices a whole new form of interaction, welcome enthusiasm, fearful rejection, etiquette and I would have to say perhaps paranoia has been introduced into our lives.

HOW FAST IS FAST ENOUGH?

With the invention of the internet, email, and our trusty handheld devices a whole new form of interaction– welcome enthusiasm, fearful rejection, etiquette and I would have to say perhaps paranoia– has been introduced into our lives.

We all– or I suppose I should say most of us– spend our lives glued to either our computers, Blackberrys or iPhones in wait of the next message, response, deal closed, deal rejected, initiation accepted, proposition rejected and much speculation about how well we are doing is based on how quickly the world is responding.

The problem is we all know now that our messages are being received almost as quickly as we send them.

Stand in any elevator, I was in ours today; six people are all staring at their handhelds. The good news is it avoids those awkward elevator moments when everyone stared at the passing numbers as they didn’t want to make eye contact with each other. The bad news is not everyone is getting what they want as quickly as they want it.

Though much like the days of smoking everyone always has something to do these days: checking their email– in cabs, buses, trains, the theatre, the ladies room, wherever we are we can see how quickly our life may or may not be progressing.

I can honestly say I would hate to be dating now as one gets rejections so instantly. Maybe it’s better– no more endless nights waiting by the phone; you can be rejected while standing in line to see Iron Man. At least maybe that way the night isn’t wasted and you can find someone else before the midnight show.

I’m not sure if that is a plus or a minus. I do think it adds to a certain frantic paranoia in many people’s lives. It also means we are often times not in the moment, but in all the others that are we are waiting for.

The other day I sent an email to someone, I didn’t hear back for days.

I told Glenn, “So and so hates me.” He said, “What are you talking about?”

I said, “I emailed two days ago he never got back to me. He hates me.” I tend to jump to these conclusions faster than many.

“You’re nuts. Give him time. Not everyone checks their email everyday.”

“Every DAY? We check our email every four minutes.”

Glenn was staring at his Blackberry while I said this.

This of course brings me to the question of this blog – how fast is fast enough? And if we don’t get back to someone the second something comes through what does that say about us, them and our relationship to them or the situation?

How fast is really fast enough?

Now the person I was worried about did get back to me within three days.Clearly for me this was not fast enough. Clearly for them it’s their email style. We all have our own. And there are people I know who do not respond right away, with them I know I might send something and not hear back for three or four days. But then there are people who respond almost as quickly as I press “send.” So if I don’t hear back right away I think something is up.

I try and answer emails as fast as they come in. I don’t always manage. Sometimes if they require a long response I star them to get back to later. Sometimes too many come in and then the starred ones go from newest, to newer to every now and then eventually forgotten. And then I inevitably hurt someone’s feelings, as I didn’t get back to them in time or never.

But what is in time? I know in Taylor’s world it’s about seven one hundredths of a second. If someone is not back to kids right away – like right away like before they have finished the sentence it’s a dis. At that age relationships can begin and end in less time than it takes to change a TV channel. That is a lot of pressure if you ask me.

The problem is everyone knows everyone gets everything right away. There are no more excuses. “It must have  gotten lost in the mail.”  ” No one ever gave me the message. “I lost my address book and couldn’t find your phone number.”

And since we all know it takes relatively little time to type even two words and press send, one can take no response as a big statement. But again, this is an enormous amount of expectation and pressure to put on people every day. Sometimes we just can’t get to it, or sometimes we don’t want to.

But everyone knows if someone really wants someone or something they will respond right back, right away. Yet  people lose their devices, go to the movies, the doctor, take showers, have meetings,  fly on airplanes and sometimes just focus on what they are doing in real life. Not often – but it happens. And sometimes we actually use our manners and don’t leave  Blackberries and iPhones on the table or keep sneaking peaks every two seconds. I love the I want to show your a photo and the thing ends up out and on the table. That’s a good one!

When I worked in Hollywood I used to say if someone really wanted you they would somehow find you even if you were at the bottom of The Great Barrier Reef, but if they didn’t want you you could be under their desk and they wouldn’t talk to you.

The thing about instant messages, emails and handhelds is all of a sudden we are all under each other’s desk. It can and often does make people feel like there is no such thing as fast enough. 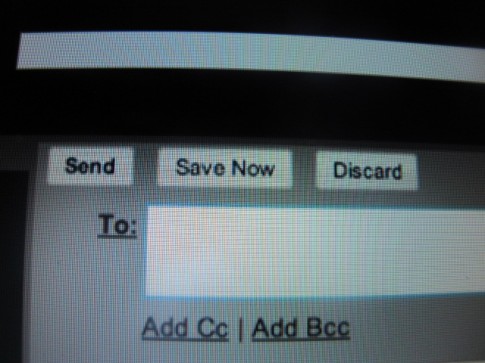