I was working out this morning and as happens some days, the question “What on earth am I going to blog about today?” overtook my brain.

THE POWER OF LETTING GO

I was working out this morning and as happens some days, the question “What on earth am I going to blog about today?” overtook my brain.

One thing I have to start doing vis-a-vis this blog is writing them much shorter, for the most part .This is both by demand from some, advice from others and seeing how much most people blog – just in terms of word count I have to cut in half most days. And for the next four months between the book and it looks like I will be returning to work in the film business I will not have the time to bang out two thousand words a day.

Plus it’s a lot to ask you guys to read.

So I while I was pondering what to write about and all that has transpired in the last two weeks, I thought of these powerful words that tend to apply to so many parts of life at so many times: “Just Let It Go – if it’s meant to be it will be.”

Whenever I do that in life things seem to always fall into place and when I run around kicking and screaming and trying to crash through locked doors I usually end up disappointed and bruised.

I was doing an interview yesterday and talking about how this is the fourth time in my twenty-year career I have reinvented myself; out of necessity not desire. Which means letting go and giving up are two entirely different things.

Giving up is throwing in the towel, walking away, not fighting for what you believe in, not visualizing and chasing your dreams and that usually comes from a place of fear. It’s not far off from what Carol Maxym talked about earlier in the week when she talked about parenting being a process, not an end to a means. You are raising a child, which is a long drawn out process; it is not a product you produce and give it your stamp of approval when it’s complete. It’s actually never complete. Life is a process not a product and sometimes we have to go let go of the concept of the product, bask in the process and just sit back and see what happens.

I think people get confused between giving up and letting go. I know I do.

When people kept telling me I had to let Taylor go, I kept having this image of just dropping her on her head and watching her bounce away. And of course all it meant was remove myself from the daily process of her life, I had  done the work of raising her and now let’s see what see comes up with and of course she came up with being a much more adult person as she in the process of growing up and by my letting go, she came springing back in her own way.

By my not calling every day or even every other day, she picks up the phone and calls me; by my letting her figure parts of her life out – she did it and comes to me when she needs help. By letting go of what I wanted it to be it became what it was meant to be and that in the end was a much better thing.

Often times our imagined perfection is so corrupted by our past and our projections of ourselves and society’s expectations  we don’t have any comprehension of how superior what is meant to be really is.

I keep thinking about this in terms of Lucky Ducks. When I made it I had no idea if I could make film or not. When I finished it I thought I had something I was very proud of but as I have said after a year of banging on festival doors and being turned down, never understanding in the absolute why it wasn’t a festival film, I had to admit it was not going to be anywhere near the success I imagined or fantasized while in process.

As while in process with anything you are committed to, there is always an eye on the end result– it would be impossible to get through many situations if this was not the case.

If people did not have an image or expectation of what their future held or what they could become they would not go to school and get degrees and become doctors and lawyers and business people and anything and everything else we all do with our lives. You have to have a vision or we wouldn’t do anything. I think people without dreams and visions who don’t spend a good part of their days attempting to turn their dreams into realities are very unhappy people.

But often times that vision disappoints, and does not turn out to be what we thought and that is when we have to let go or adjust our expectations. I think in a very roundabout way that is the point I’m getting to. That is often the time when you have to let go. When we have done what we can, put in all that we have and we are still not getting the results we desire.

There is a moment in Ducks, when Mike Elliot says to me (I think I have used it here before, but it was a major ah-ha moment for me in my own personal development) he said, “If you keep asking the same question and the universe keeps coming back with the same answer then you have to change what you are asking.”

Carol said it earlier in the week, she said “Doing more of what isn’t working isn’t going to start working.”

And the thing about these statements, much like Mike Lindermans “How’s that working for ya?” is that you can plug them into any part of your life.

With Ducks I was clearly not going to swim my way into the hearts of the young, very PC festival programmers nor was I going to get a major studio release.

But I didn’t throw in the towel; I merely let go of those expectations. Those were not the right places for it anyway and I see that now, had any of that happened the last three weeks would not have happened.

And we are only where we are today because I finally closed the door on all my tightly held goals and let it go. I just let it go. I didn’t drop it. I didn’t walk away from it. I mentally adjusted to a new reality with a less grandiose outcome.

I had the DVDs made, I put them up on Amazon, and I promise you I just left it to the universe as I didn’t know what else to do. I just had to accept it for what it was and maybe that would be selling a hundred DVDs on Amazon and I had to be OK with that. And once I was OK with that (and not just pretending to be; there is a difference) it found it’s place, without me doing anything else.

I had done the work. I had laid the foundation, much like child rearing or career building or anything else and I let it be and I moved on mentally and physically to other projects.

And now we are here.

We made it so far– to Oprah– it’s amazing. They are at the end of their season and there is no space but everyone there watched it and liked it. I will take that over twenty-one year old festival programmers any day. I say that now and I mean it, but I had to go through the other stages to get there.

We are on Dr. Phil a week from Monday. If anyone had ever told me this would get on Dr. Phil even I would have said they were mad.

The great thing about Dr. Phil  is that my grandfather who I loved so much and  loved me was called Phil–Lucy’s middle name is Phillip after him. I think if Grandpa watches any afternoon TV wherever he may be, it must be Dr. Phil! Well actually, he would be watching CNBC, he would love CNBC!   My grandmother would totally watch Dr. Phil. And if she were alive she would be in the audience. She would take me to buy my dress, she would futz with Taylor’s hair.  I’m going to pretend she is as in terms of family showing up their memory is all I have.

Quite frankly, they would be proud to know I turned into someone who dreamt big and  didn’t give up. And I guess that is the real lesson in all of this. 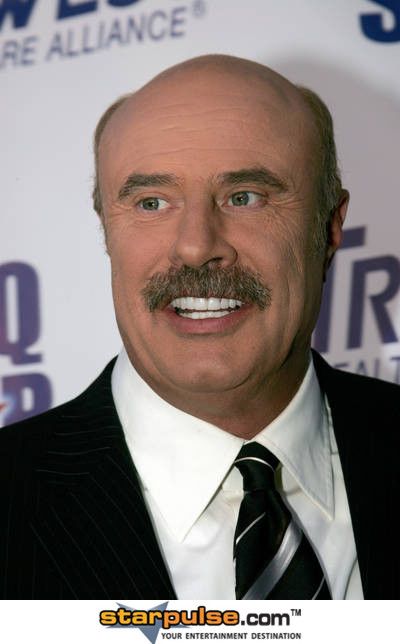