It seems like everyone around me was more upset about Dr. Phil than I am. I got so many sweet emails on and off the site yesterday. I thank you all. I’m really fine.

It seems like everyone around me was more upset about Dr. Phil than I am.

I got so many sweet emails on and off the site yesterday. I thank you all. I’m really fine.

I had one from a friend also in media and she told me how she was bumped from FOX twice — once while getting dressed to go on– and then ended up the third time making it. And then she was put off by Montel for a year then went on.  This stuff happens.

At least I wasn’t out in LA, driving onto the lot. I have had that happen.

How’s this – I was once on my way to Barbra Streisand’s for a meeting on some film or another, and after nine faxes ( this was pre-email) about her gates, which are apparently like getting into the Pentagon, I was literally in the driveway about to press the first of eight thousand hidden buttons when my then agent called and said “Forget it – she changed her mind.”

I was disappointed and sort of relieved.  The gate thing was formidable enough, and that was just a preamble for what she was like.  I heard she tortured writers and I knew even if  I got the job I didn’t have the fortitude to stand up to her, and I would end up bloodied, so I went home.

This one was easy.

I will tell you how it happened, then move on to new topics. I was in my office on Wednesday, I kept saying to Allison we need to get in touch with these people – we had no tickets, I had made my own hotel, control freak that I am I wasn’t staying where they put me. But the producer in me knew something was off. I have been flown around the world by companies too much; they usually don’t wait until Thursday to give you your plans for Sunday. But I wasn’t at the place where I thought they were canceling it.

I wasn’t thinking about that.

So I left the office and told Allison to try them again. I  was in the subway with Glenn, he was getting off at Forty-second Street for a meeting and I was going to the Nail Spa for a touch up. I got out on 86th and Lex…. was headed up the east side of the street towards 90th, when I checked my Blackberry and I saw an email from Allison.

Now, honestly this was my first thought, at that moment I was passing Jamba Juice and it was packed and I thought “Those schmucks they are so delusional they drink that stuff thinking it’s healthy when it’s so full of sugar they might as well have an ice cream.” That was my first thought- judging the Jamba Jucians. I was starting to think it when I took my BB out of my bag so I just had to finish it before I moved on to Dr. Phil.

Then I read it and forwarded it to Richard and Glenn. I called Taylor. I chatted with her until I got to 90th St. I sat on a stoop while I talked to Richard– I can’t get reception at the Nail Spa and they don’t like you on your phones there. At that moment he was even more upset than I was.  The thing is I am usually more upset than most people so it says something.

Then I got my nails done and that was that. End of story.

I don’t have much to say today or perhaps I’m tired of writing this week.

I have noticed the PW is phoning in a lot of her blogs. I’m not having blogger’s envy here, just reporting what I see.  Though I do find it odd that even when she just takes a series of photos of her dog with captions like “look at his tongue” she still gets five hundred comments.  Maybe it is blogger’s envy or feelings for Dr. Phil I’m channeling to the PW. Not sure. Am probably over thinking yet again. But I was noticing this long before Dr. Phil.

Last week she just took shots of he kid’s face. Whatever. Today she posted the same photo of her husband’s ass she posts all the time. I think she should get  a new shot of it.

Glenn has patience with me, but would really not go along with me posting photos of his ass. So I am going to do what she does today and just post some photos and then spend the day with Taylor. 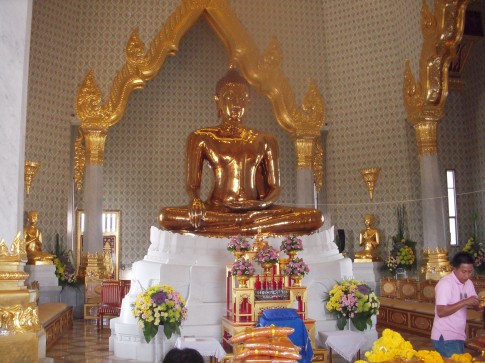 HAVE A PEACEFUL DAY!