While there has been no recent shortage of well-received art- house films out of India (last year's "Monsoon Wedding" comes to mind), the big, bawdy mainstream film meant to properly enlighten moviegoers at large about Bollywood and all things Indian has proved elusive until now. Enter "The Guru," a major-studio (Universal) flick that puts an Indian spin on a classic American tale of innocence lost and dollars gained.

Slipping Insights In with Laughs 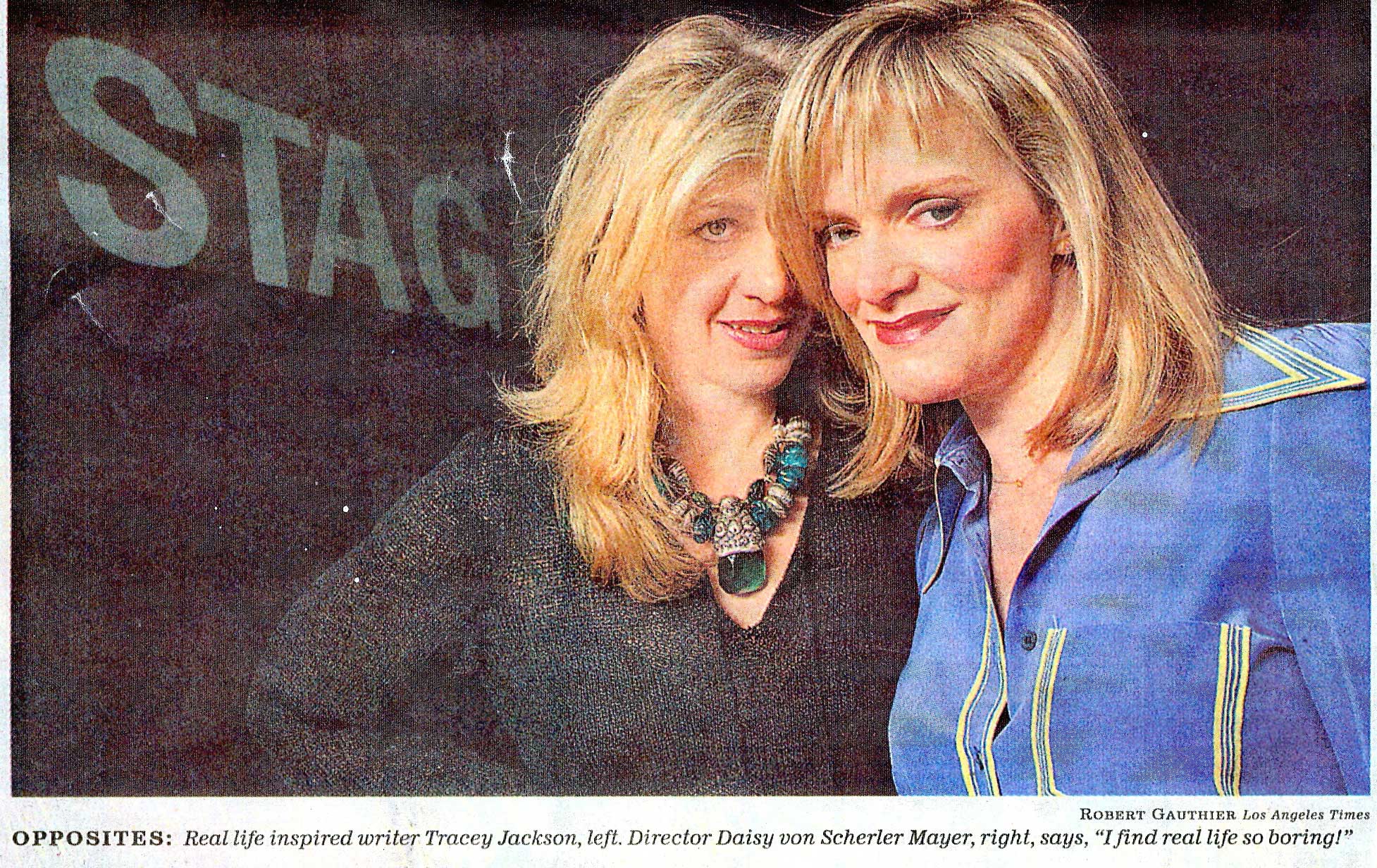 While there has been no recent shortage of well-received art- house films out of India (last year’s “Monsoon Wedding” comes to mind), the big, bawdy mainstream film meant to properly enlighten moviegoers at large about Bollywood and all things Indian has proved elusive until now. Enter “The Guru,” a major-studio (Universal) flick that puts an Indian spin on a classic American tale of innocence lost and dollars gained. But beyond giggles and silly romantic comedy cliches, there is something slightly more serious afoot.

The film strives to slip in one idea to viewers while they’re busy laughing, explains “Guru” director Daisy von Scherler Mayer. Call it the surreptitiously educational approach. “If you can say something meaningful in a comedy context, it’s much more powerful. When you go to a movie and you know you’re getting a message, it’s like you’re taking your medicine.” Enlisting the help of writer Tracey Jackson, who embellished (and then embellished some more) on a few autobiographical details provided by Indian-born director Shekhar Kapur, Von Scherler Mayer set out to make comedy that bursts ethnic stereotypes left and right, with some hysterical Bollywood- style dance numbers to boot.

“When I read the script for the first time, I couldn’t quite imagine that someone could pull this off,” says Jimi Mistry, the up- and-coming Brit who plays goofball/oddball protagonist Ramu, a Delhi- born dance teacher who comes to New York with dreams of show-biz stardom and ends up dispensing spiritual and sexual enlightenment instead. “It could so easily have been a formulaic comedy about a guy not knowing how to act in America, a bit like ‘Crocodile Dundee.’ But I think we all managed to make it more of a story, and quirky, and fun.”

It’s no secret that studios tend to nudge the comedy projects they finance toward the widest possible audience. Von Scherler Mayer tried to adhere to this formula but “it was very hard. Unfortunately, the substance just creeps in,” the filmmaker says with a poker face over lunch on the Universal Studios lot, where she and Jackson stopped on their way to the film’s U.S. premiere in Los Angeles last week.

Jackson says she entertained loftier ambitions while writing the script, which she envisioned as a clash between the fantasies the East and West entertain about each other. But in the end, the project was meant to be “an equal opportunity fun-poking” fest. “We poke fun at the Catholic Church, we poke fun at sexuality, we lambaste ourselves,” she says.

“It’s not ‘The World of Apu,’ ” Von Scherler Mayer says. “The movie is about superficial, spiritually devoid Americans and how they deal with a three-dimensional, normal Indian guy coming here.

“With this film, there was a tremendous amount of support from actors,” Von Scherler Mayer continues. “It felt different and fresh.”

Even the powers that be have been aggressively behind the project from the get-go, allowing the film’s creative team to skirt the tendency of mainstream comedies to sugarcoat ethnic plots and be coy about sex (the film has an R rating for good reason) or interracial relationships.

Mistry’s casting as the lead was itself a mini-breakthrough. “There haven’t been many opportunities to play Indian characters that are very interesting, in which you’re able, as an actor, to put all your talent to the test,” the actor says.

“What was great about a role like this is that there was no known American star that could fill it,” Von Scherler Mayer adds. In Mistry, whose parents are Indian and Irish, the multicultural project found its perfect vessel. “I have a mixed background, but I basically grew up as this British kid who liked to break-dance on the corner of the street,” he says. “I wanted to be Michael Jackson!” The role of the dance-teacher-turned-actor-turned-guru afforded him the opportunity not only to moonwalk in homage to his childhood idol, but also bust traditional Indian dance moves and sing in Hindi.

In the writing, casting and directing of “The Guru,” details conspired to allow the multicultural vibes to come together.

Says Jackson: “I think at the end of the day, it doesn’t look like any other romantic comedy. You can honestly say that it has pushed the envelope a little bit, and that doesn’t happen all the time when you’re working in the big-studio structure.” Jackson is a onetime actress whose passion for all things Indian has turned writing about India into a sideline. She is working on a new project — “a trans-global love story about a girl who works in a call center in Bangalore and a guy from New York.”

In the “Guru” script, which took her four years to write, she included scraps of her life, and personal observations culled from her travels through India or nicked from others. “It’s not like a book inspired me,” she says. “My inspiration, really, just comes from life. Books are, you know, written so much better than I write.”

The director announces in typical deadpan tone that she used a diametrically opposed approach. “I couldn’t be inspired less by life. I find real life so boring! All these movies that pride themselves on being real….What’s so great about being real?

“I like things that are fake. Theatrical acting, dancing. The dance numbers made me want to do the movie. I think it’s because I grew up backstage with a lot of actors and a lot of show-business people, and they were larger than life. Nobody was naturalistic in my world: They were loud and funny and just bigger.”

For insights and choreography tips, she boned up on Bollywood films — “in snippets, because these films are four hours long. I grew up in America, my attention span is too short” — and revisited classics like “Grease,” which is used repeatedly in the film, “The Graduate,” “42nd Street,” and the oddball comedies of John Waters and Pedro Almodovar.

The director says the Bollywood-style musical numbers in “The Guru” are intended as just another over-the-top, goofy accent, although her selection is also an inevitable move in a game of cultural Ping-Pong. India’s mammoth filmmaking took off when attempts to one-up Busby Berkeley’s extravaganzas introduced traditional Indian dance elements into locally produced musicals.

“Back in the day, ‘It Happened One Night’ would just sweep the Oscars. My grandfather [Edwin Justus Mayer] used to write those kinds of movies, and my whole sensibility is, I think, still trapped in that era.” Neither the director nor the writer has any illusions about landing on awards lists.

Since it premiered in Britain last summer, “The Guru” has been doing some healing in an unexpected arena. “Hey, it was No.1 in England, and it was No. 1 in India,” Von Scherler Mayer points out. “And getting those two countries to agree — I gotta say, I’m thrilled. I think we’re single-handedly bringing a 300-year rift to closure.”

“Yeah,” adds Jackson, “with our next film, we’re targeting India and Pakistan. Then we’re onto the Middle East.”

Article by Sorina Diaconescu originally appeared in the Los Angeles Times on Jan 31, 2003.