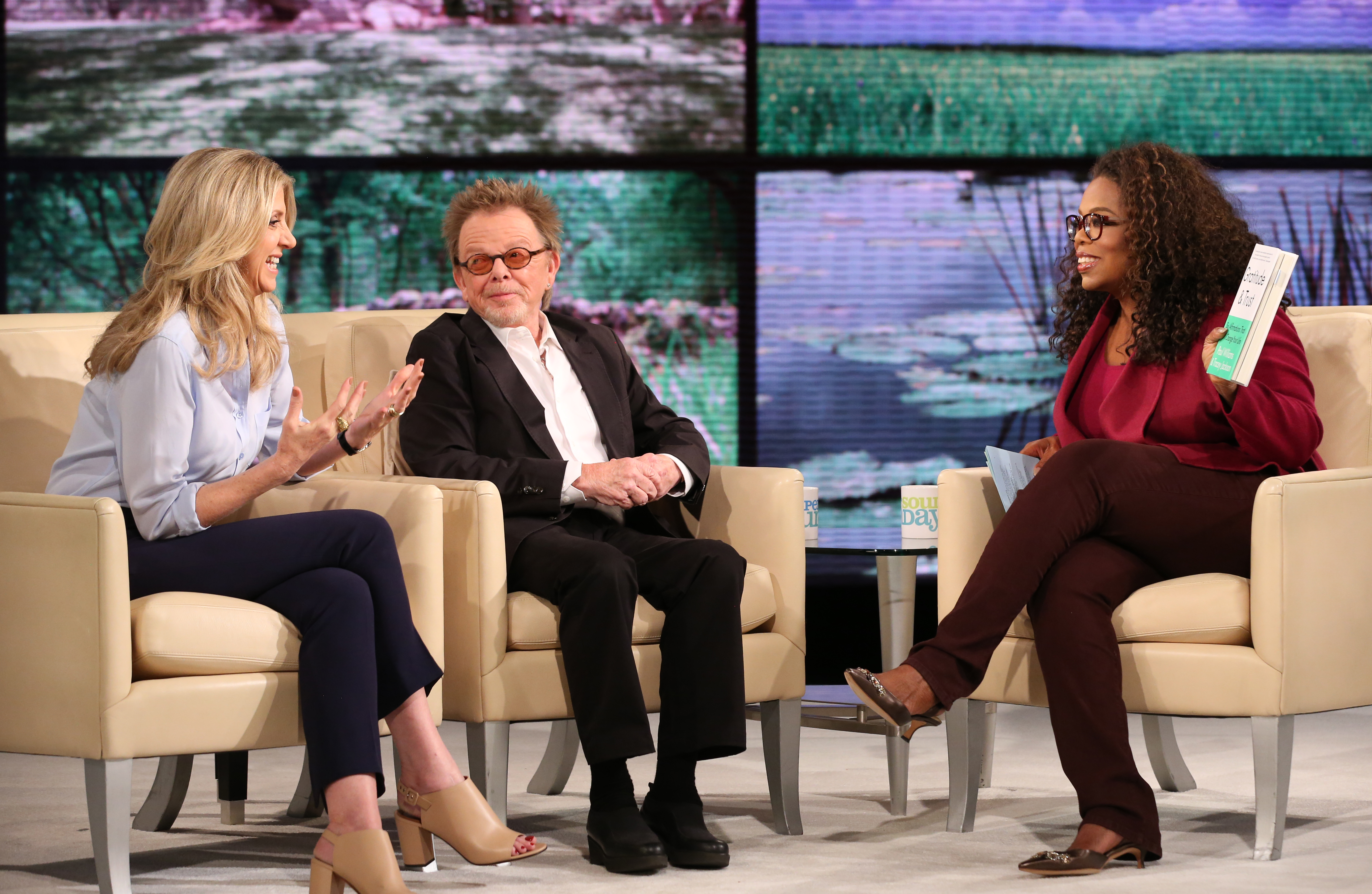 I look at that picture and I still can’t believe it. There we are with Oprah.

When I sit here fingers poised over the keys I don’t know what element of this experience to write about, the actual events, the dream that we held onto for so long of getting there, the way we felt throughout the whole experience, or a blow by blow account of the twenty-four hours we spent going to Chicago, taping the show on September 16th, our publication day.

When we started thinking about things we wanted to happen with this book, we had two wishes, we kept it simple, or they were so big we decided not to be greedy and overload the big wish granter.

We wanted a quote from Anne LaMott  for the cover of the book.  And we got it.   And we remain grateful every time we look at it.

And then, the big one, the real reach, the pie in the sky, this would be so perfect for this book, for us, for life, so bucket list, nothing can be better for a book in this country, of this genre, nothing can be more validating for an author than to sit down with the great Oprah Winfrey: The woman who has had more influence on books and reading than any other person in this country. When Oprah holds a book, it’s been blessed. There are no two ways about it.  We dreamt for a slot on her show Super Soul Sunday.  Big wish…But hey why not just go all out?

So Paulie and I talked about this, dreamt about it and with the help of some of our team got a copy to the fine folks at Harpo Productions and held our breath.  OK, we didn’t hold our breath, because we would have passed out. But we kept visualizing ourselves sitting with her and her holding Gratitude and Trust.  That’s the kind of mental energy we sent out there.

Super Soul Sunday, that is her big show now – for those of you who don’t know. But I can’t believe anybody doesn’t

Oprah decided that while she did not want to do the same format she had done for twenty-five years, she still wanted a talk show, but it had to have a spiritual bent.

She wanted TV that was good for the soul.  And Oprah being Oprah she created one.  The roster of guests is so astounding, astonishing and impressive, the fact we are now on the list, takes my breath away. It makes me resort to writing blogs with only clichés to describe my feelings

And you know between Paulie and I we have done a lot of TV.  He’s done more than I have. But I have been on Good Morning America,  both hours of The Today Show, CNN, The Talk,  Good Morning Everywhere, late night interviews. I’ve been in movies.  I’ve been interviewed on a topic to the point I started to get bored hearing myself.

But not to insult any of the amazing people I have sat down to talk with, there is only one Oprah Winfrey.  I think Paul would agree but you will hear from him on Thursday about this.

The myth is for real. It’s true.  It’s not a myth. There is no one like her.  What makes people super stars?  You can’t really describe it. It’s ethereal for sure.

She exists on another plane, yet she is totally in the moment. She has the attribute, many successful people do, that when she is talking to you, you feel like you are the most important person in the world to her. She is so focused. She is so present. She is so in the zone and she takes you there with her.

Where we nervous?  The night before  – a bit. Sure. OK, the night before a lot. We kept saying, “We’re gong on Oprah!”   Then we would kind of freeze and shudder. Then we would get giddy again. Then we ate a lot of sushi and I had a glass of wine.  Why would two people with a lot of on camera experience be nervous about another show? It’s not another show. It’s Oprah!

The second you meet her, in fact the second you walk into the Harpo Studio in Chicago you feel at ease. Everyone who works for her and with her is of the highest caliber, from the make-up and hair people to all the producers. I have been involved in the film and TV world for most of my life and this was as professional and kind an operation as I have ever encountered, on every level.  I cannot emphasize their kindness enough.

THE MEET AND GREET

When you see the show you will see us walking with her. That is because she comes to the green room to get you.  You don’t  see or hear her a moment before that happens. She meets you and you meet her with the cameras rolling. It’s all organic. And it works.

Then you sit there – and she is opposite you and she holds your book and you go, OK, I guess now I have made it to some level of something. You do think that. You cannot not feel that way.  It’s not ego. I would own it if it were ego. That is my way.  It’s just sailing on the wind of her magnitude. It’s sitting in the chair where the great Pema Chodron sat and Paulo Coehlo and being treated the same way. With the same respect. And she held up our little baby of a book and said it would be a best seller. And she had read it all. And she believed in what we were/ are trying to do and she cared about what we had to say.  I have never felt more validated and seen as a writer than in the hour Paul and I spent with Oprah.

Outside of giving birth to my girls, and meeting my husband it’s the most exciting thing that has ever happened to me in fifty-six years.

I only wish my grandparents and my friend Blake were alive to see it.

But Oprah being Oprah I think she may beam her shows up there too.

Having met her nothing would surprise me.